Bush’s trouble on the home front

This article is over 16 years, 7 months old
How much difference a year makes. Next week it will be a year since George Bush finally managed to win the support of a majority of US voters.
By Alex Callinicos
Downloading PDF. Please wait...
Saturday 29 October 2005

How much difference a year makes. Next week it will be a year since George Bush finally managed to win the support of a majority of US voters.

That victory coincided with the tenth anniversary of the “Republican revolution” of 1994, when the Republicans took control of the US Congress for the first time in a generation.

With the White House and both houses of Congress firmly in their hands, the Republican right looked set to entrench their dominance over US society. Instead, there are many signs of their power crumbling.

One of the most spectacular concerns the US supreme court. The Christian right — a key element in Bush’s electoral base — were hoping that Bush would use his second term to appoint supreme court judges who would, for example, reverse the 1973 Roe v Wade judgement that legalised abortion.

They were disappointed when he appointed John Roberts, a relatively moderate conservative, as chief justice.

That was nothing to the fury that greeted Bush’s decision to nominate as supreme court justice Harriet Miers, an obscure Texan lawyer who had served as his personal counsel. Conservatives have been embarrassed by her ignorance of constitutional issues, liberals angered by her evasions on issues like abortion.

The ultra right wing Wall Street Journal called Miers’s nomination “a political blunder of the first order”. There is a good chance that Bush will lose a vote in the Senate, which has to confirm presidential appointments.

The situation is made worse by the fact that the Republican leadership in Congress is in disarray. Tom DeLay, the hard right Republican boss in the House of Representatives, is under indictment for violating campaign finance laws. Bill Frist, the Senate major leader, is being investigated for insider trading.

But the most serious scandal affects the White House itself. The affair stems from the lies that the Bush administration — along with its ally Tony Blair — told to justify the conquest of Iraq.

Press stories soon appeared claiming he had been nominated for his mission by his wife Valerie Plame, an undercover CIA officer working on weapons of mass destruction.

It is a criminal offence to reveal the names of CIA agents. Now a special investigator, Patrick Fitzgerald, may be preparing to indict Karl Rove, Bush’s key political adviser, and Lewis Libby, chief of staff of vice president Dick Cheney, for their part in leaking the information about Wilson and Plame.

Judith Miller, a journalist who faithfully repeated every lie told by the White House in the lead-up to the war, spent 85 days in jail for refusing to reveal her sources for the Wilson story. When she cracked, it emerged she had been trying to protect Libby.

This is a scandal that reaches deep into the heart of darkness in the White House. Rove really is the brains behind Bush, the political strategist behind everything from the war on terrorism to the alliance with the Christian right. And Libby is the link to Cheney, maybe the most powerful vice president in US history.

The malaise engulfing the Bush administration thus goes much further than its inept and callous response to the devastation of the Gulf Coast by Hurricane Katrina. The Wilson-Plame scandal now threatens to engulf it the way Watergate did Richard Nixon and the Monica Lewinsky affair Bill Clinton.

George Bush has always boasted he is a “war president”. And this is how he will be judged. Had he succeeded in turning Iraq into a stable and prosperous democracy, most of his current problems would soon go away.

But the war is going very badly for the US and its allies. It is just, then, that the war’s domestic consequences are now threatening to destroy the rest of Bush’s presidency. 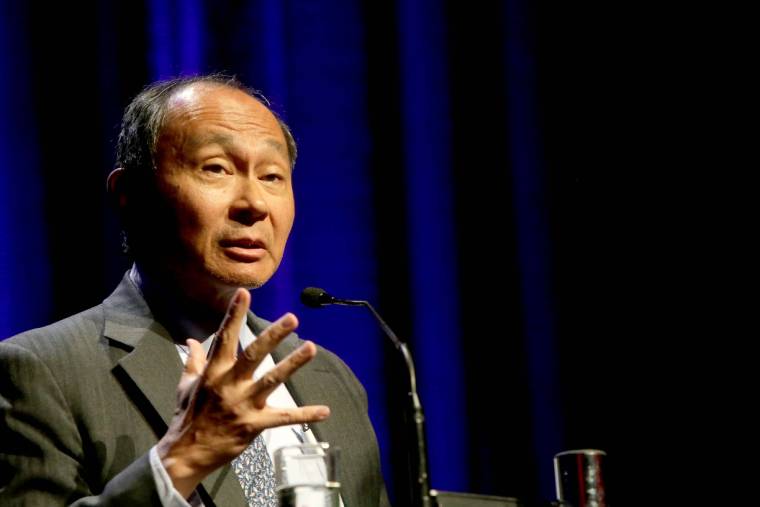