This article is over 7 years, 8 months old
By Alex Callinicos
Downloading PDF. Please wait...
Tuesday 06 May 2014

Much recent economic news around the world is best described as smoke and mirrors. It’s true that there is some real evidence that advanced economies are starting to recover from the Great Recession of 2008-09.

This is then hyped up in the media with stories of soaring property prices and stock market deals. When the stories are about Britain, we need to take into account that, with the next general election barely a year away, the Tory press is lining up behind David Cameron.

So the news needs to be put into perspective. Most importantly, the Great Recession peaked five years ago, the spring of 2009. For the recovery to be kicking in now is very late by comparison with past economic crises.

Recessions are usually followed by sharp spurts of growth that push the economy back onto its long-term rate of expansion. Not so this time.

“It is true that the recovery in GDP has been steady over the past couple of years—but it’s been steadily disappointing. The recovery out of the Great Recession looks dismal compared to earlier recoveries—we aren’t even close to the recoveries we’ve seen before.”

One piece of good news about the US last week carried a sting in its tail. With 163,000 net new non-farm jobs created last month, the rate of unemployment fell to 6.3 percent.

But this is partly because people are abandoning the labour market. Participation in the workforce fell to 62.8 percent, the lowest level since 1978. This reflects a sharp rise in long-term unemployment, which used to be relatively low in the US.

The British economy is still smaller than it was before the 2008 crash. The eurozone continues to grow at a glacial pace, with growing fears that prices are going to start falling.

Leading neoliberal economists such as Larry Summers and Martin Wolf are warning that the advanced economies face “secular stagnation”.

But maybe the sun is rising in the East as it sinks in the West. More smoke and mirrors surround the other big economic news of last week—the forecast that China will overtake the US later this year as the biggest economy in the world.

The estimate comes from the World Bank, an organisation that has form when it comes to economic statistics. Its calculations that world poverty has fallen sharply during the neoliberal era have been much criticised.

The forecast about China uses the purchasing power parity (PPP) estimate of national income. This adjusts the overall size of national economies, measured by the price of goods and services produced, to take differences in the cost of living into account.

Because wages are lower in poor countries than in rich ones, PPP calculations increase the size of economies in the South relative to those in the North.

PPP figures are often criticised for being based on inadequate data. There is also great difficulty in comparing what Karl Marx would call the use value of goods and services in rich and poor countries.

Even if we ignore these objections, the fact remains that China has a vastly bigger population than the US.

Jamil Anderlini of the Financial Times makes the point very well: “The living standards of the average Chinese citizen are still far lower than those in many developing countries, let alone in the West.

“Before the latest estimates, China’s economy ranked 93 in per capita purchasing power parity terms, according to the International Monetary Fund. That was just ahead of Turkmenistan and Albania but well behind Libya, Azerbaijan and Suriname.

“That means that on average China’s 1.36 billion people are unlikely to catch up with Western living standards for many decades to come.”

The Chinese government is very unhappy about the forecast, probably worrying that it will raise popular expectations too much. The US may be stagnating, but it’s still top dog. 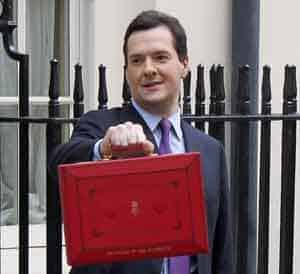 Recovery for the rich as Tories play up economy