David Cameron’s gamble on Europe may not work

My prediction at the start of the year that “divisions among the Tories will become high profile” in 2016 has been amply confirmed.

The intensity of the hatreds unleashed by Iain Duncan Smith’s clash with David Cameron should remind us that this was the latest episode in a war that has been going on for more than 25 years.

It started in Margaret Thatcher’s last years as Tory prime minister. On 30 October 1990 she came to the House of Commons to denounce the plans agreed at a summit in Rome for greater European integration.

What Alan Watkins in his history of her downfall calls “Mrs Thatcher’s fatal outburst”—“No. No. No.”—provoked Sir Geoffrey Howe to resign from the government. He denounced her leadership in a devastating speech. Within little more than a week her premiership was over.

Of course, much more was involved than what would soon become the European Union. The failure of Tory economic policy had nearly torn the government apart in 1989. And the introduction of the poll tax provoked a huge popular rebellion that left Thatcher very badly damaged.

Nevertheless the downfall of the Tories’ great heroine thanks to “Europe” is deeply etched in their collective memory. They will have been reminded of it when Tory ex-chancellor Kenneth Clarke appeared on the Today programme last week to defend George Osborne. The pro-European Clarke helped to force Thatcher’s final resignation.

Thatcher’s successor, John Major, struggled ineffectually with the party’s divisions over Europe. These were exacerbated first by the pound being forced out of the Exchange Rate Mechanism of the European Monetary System and then by a prolonged parliamentary struggle over ratifying the Maastricht Treaty, which set up the euro.

Duncan Smith made his name as a backbench opponent of Maastricht. After the Tories’ divisions swept them from office in 1997, he was one of a hapless succession of loyally Thatcherite party leaders who strenuously denounced the EU but were massacred at the polls.

Duncan Smith was so bad that the Tories got rid of him before he had a chance to lead them into a general election.

Cameron tried to change the subject. “Compassionate conservatism” meant copying Tony Blair’s media-savvy combination of neoliberalism and “enlightened” policies. The 2008 financial crash gave him an opening that he successfully exploited to try and force through a more radical version of Thatcherism than she had ever dared.

But the issue of Europe wouldn’t go away—partly because of the eurozone crisis and its consequences, partly because the Thatcherite wing of the Tory party wouldn’t let it.

Only a minority of Tory MPs voted for Cameron in the 2005 leadership election. So he has had to throw the party right a series of Eurosceptic bones.

The referendum is the latest of these. The Tory writer Andrew Gimson calls it “a brilliant expedient”, arguing that Cameron “has taken the wind out of Ukip’s sails, and called his own Eurosceptics’ bluff, by giving them the very thing they are demanding”.

Only it doesn’t really look that brilliant. First, referendums are hard to predict—as the vote on Scottish independence shows. Cameron complacently saw this as a dry-run for a referendum rejecting Brexit, only to nearly lose it.

Secondly, the Tories were united against Scottish independence but they are divided over the EU. The dynamic of this long campaign is polarising the two sides, and embittering intra-party relations. Let’s note that, despite Jeremy Corbyn’s fairly inept parliamentary interventions last week, his strategy of leaving the Tories to fight out the Brexit debate and thereby weaken themselves is working.

Thirdly, other issues are bleeding into the referendum. Duncan Smith’s denunciation of the disability cuts did this brilliantly. Osborne has been forced to abandon further reductions in welfare spending, leaving a huge hole in his budget plans.

The rest of the austerity programme rolls on, but suddenly the government looks vulnerable. Cameron and Osborne haven’t reached their poll tax moment yet, but Thatcher’s fall no longer seems like ancient history. 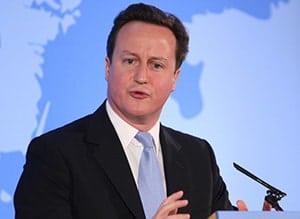 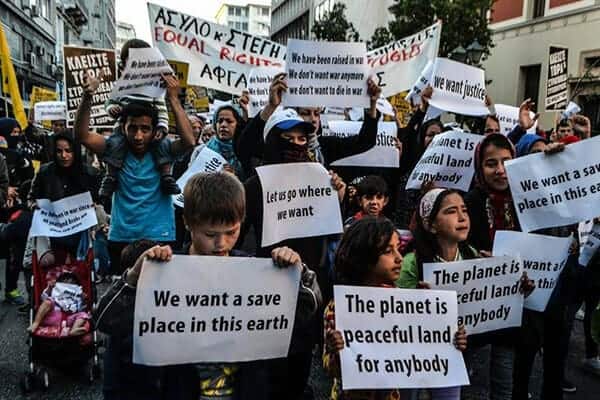