There was never any doubt that the giant Israeli military machine could inflict terrible death and devastation on Gaza. But in a national liberation struggle like that of the Palestinians, politics trumps military might.

Anyone who’s seen Gillo Pontecorvo’s great movie knows that the French army won the Battle of Algiers in 1956. But the sustained struggle eventually broke the will of the French ruling class to hang onto Algeria.

Before this latest war, Israel’s corrupt right wing prime minister Binyamin Netanyahu could claim to have silenced the Palestinians.

He had used a shared hatred of the Islamic Republican regime in Iran to draw close to the ultra-rich Gulf autocracies.

With Donald Trump’s enthusiastic support, he signed a peace deal last year with the United Arab Emirates. He hoped to achieve a similar “Abraham accord” with the chief regional power-broker, Saudi Arabia.

The Islamist movement Hamas was caged up in Gaza. The corrupt and ineffective Palestinian Authority (PA) nominally responsible for the West Bank and east Jerusalem cancelled elections for fear Hamas would win again.

Netanyahu repeatedly threatened to annex parts of these occupied territories.

But then he overreached himself. Struggling to hang onto office, and to stay out of prison, Netanyahu encouraged his far right allies to step up their campaign to dispossess Palestinian families in the Sheikh Jarrah neighbourhood of east Jerusalem.

This campaign blew up in his face. The Palestinians fought back. The displays of Israeli arrogance and brutality brought the Palestinian minority in Israel itself onto the streets. Above all, this saw riot police repeatedly invading the Al-Aqsa mosque, one of the holiest Islamic places.

Inside Israel’s borders, Palestinians are one fifth of the Israeli population. They are second-class citizens in a state that recently proclaimed itself the “nation state of the Jewish people”.

As right-wing Jewish settlers tried to drive the Israeli Palestinians back, the protests spread to the West Bank. And then Hamas weighed in with rocket salvoes in support of the Palestinians of Jerusalem.

Israeli ex-prime minister Ehud Olmert commented, “How do you measure success or failure? On one hand, you have the most powerful military empire in the entire region, and on the other hand, a terrorist organisation that has only one thing—rockets, and rather primitive ones. The fact is that Hamas successfully intimidated almost the entire country.”

Ceasefire is no victory for Israel, but more resistance is needed
Read More

It’s noteworthy that Netanyahu didn’t dare send ground troops into Gaza, no doubt fearful of the casualties the Israel Defence Forces (IDF) suffered there during the last war in 2014. One expert told the Financial Times, “The Israelis have not wanted to go in there because it’s bloody work, and they don’t want to lose a lot of people [or have] house-to-house conflict.”

So the military standoff between Hamas and the IDF remains.

But Hamas has demonstrated Gaza’s ability to endure and has challenged the PA’s claim to lead the Palestinians elsewhere. “Hamas breaks out of its Gaza cage,” as one commentator put it.

Most important of all, the Palestinians have asserted themselves as one people that defies Israel’s attempts to silence and fragment them. This makes it much harder for the Gulf regimes to draw closer to Israel. The Saudi monarchy proclaims itself the guardian of the Muslim holy places. Ignoring the desecration of Al-Aqsa plays into the hands of its regional rivals, Iran and Turkey.

Netanyahu’s strategy is self-undermining in the longer term as well. He has sabotaged the “peace process” that started under Washington’s sponsorship in the early 1990s. More specifically he is destroying the two-state solution in which Israel would co-exist with the PA in the occupied territories.

The more he succeeds, the more he leaves the Palestinians with only one option—to fight for a single democratic state in the whole of historic Palestine.

This won’t come easily and without upheavals in the entire region. But the closer the Gulf autocracies and the Egyptian military dictatorship stick to Israel, the more they feed the flames of revolt that will someday consume them. 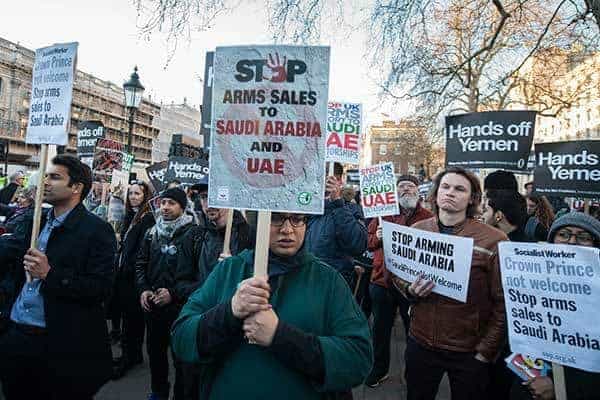 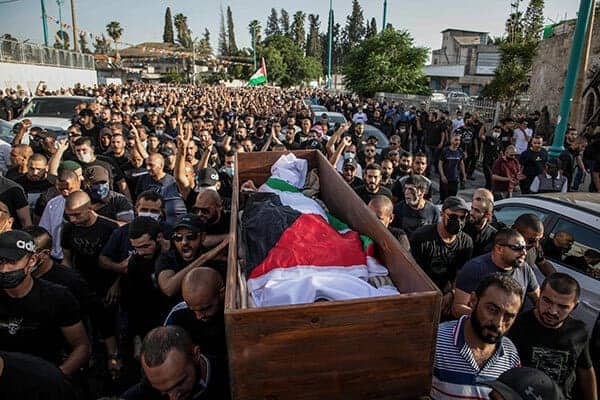