’s seizure of military control over Crimea has brought to the brink of war.  This crisis represents the coming together of three distinct conflicts.

First, there is the struggle that has been going on for more than a decade among the corrupt and thuggish bunch of oligarchs who have dominated since independence in 1991.

Secondly, there has been a genuine popular movement against the now exiled president, Viktor Yanukovych. This has expressed anger at the corruption of the entire political elite in .

Unfortunately, this movement harbours illusions in the European Union (EU). Moreover, thanks to the historic weakness of the left in , the far right has played a significant role in the “Euromaidan” occupation in .

Nevertheless, those who claim Yanukovych’s overthrow was a “fascist coup” are parroting propaganda. He fell because the section of the oligarchy who had previously backed him withdrew their support.

Third, and now most important, is the inter-imperialist rivalry between and the West over . In this conflict, matters much more to than it does to the or the EU.

A that was fully integrated into the EU and Nato would be a step towards ’s worst nightmare of being encircled by the West. President Vladimir Putin went to war with in 2008 to prevent this nightmare being realised.

Seizing Crimea is a counter-move to ’s tilt westwards as a result of the overthrow of Yanukovych. The peninsula is of crucial strategic importance to . It has served as the base of ’s fleet since the 18th century.

Putin claims to be acting in defence of ’s Russian speakers—a majority in Crimea and widespread in southern and eastern . But beyond a parliamentary vote in to strip Russian of its status as an official language, there is little evidence of any real threat to Russian speakers.

Putin is engaging in an inter-imperialist power play. He is betting on the weakness of his rivals. He’s probably right about this. The EU boasts of being a “normative power” and throws its weight around on its eastern and southern peripheries. But crises like this underline the EU’s dependence on US military capabilities.

And American eyes are turned towards the Pacific. When Barack Obama backed down from his threat to mount missile attacks on Bashar al-Assad’s Syrian regime last autumn he underlined that has no appetite for any more land wars in .

His administration is shifting its military assets towards East Asia to meet the major challenge represented by . Defence Secretary Chuck Hagel has just announced plans to cut the army from 566,000 to 440-450,000.

is undoubtedly keen to see integrated in the Western alliance system. But the idea put around by some on the left that behind the crisis lies a drive by American neoconservatives for war with is the purest nonsense.

secretary of state John Kerry is threatening Putin with economic sanctions. But the latter may remember that these were also threatened over in 2008 but never happened. Then as now, ’s strongest card is the EU’s dependence on for 40 percent of its natural gas imports.

The biggest danger to Putin comes from himself. He may overreach himself by trying to turn effective control over Crimea into the partition of . Occupying the eastern part of the country could turn into ’s . In western there are long nationalist traditions nurtured by memories of the bloody independence struggles during both world wars. These could be reactivated now.

Socialists in the West must of course oppose any military intervention by the or NATO in . But the crisis reminds us that imperialism can’t be reduced to American domination. It is a system of economic and geopolitical competition among the leading capitalist powers.

Rather than tail any of these powers, we must fight this entire system. This means opposing Russian intervention in . Never has the slogan “Neither Washington nor but international socialism” been more relevant. 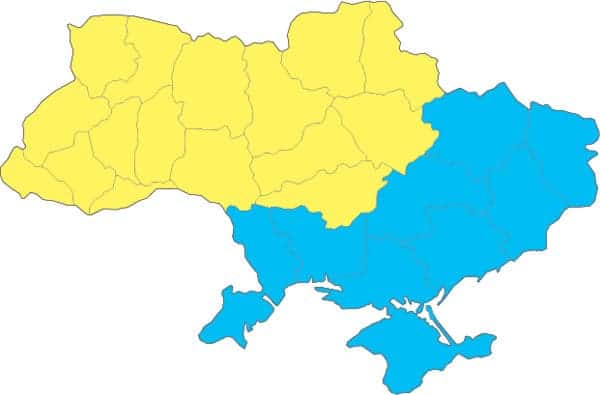 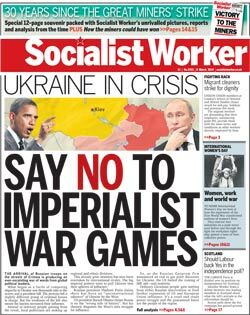