This article is over 13 years, 11 months old
Talk of a "new Cold War" between Russia and the West seems to be getting more strident by the week.
Downloading PDF. Please wait...
Tuesday 19 February 2008

Talk of a “new Cold War” between Russia and the West seems to be getting more strident by the week.

Russia’s president Vladimir Putin recently threatened to target nuclear missiles on Ukraine if it joined the “missile defence system” that the US is trying to build in central and eastern Europe. The US state department responded by denouncing Putin’s threat as “reprehensible rhetoric”.

Such exchanges might seem scary, but they don’t begin to compare with the old Cold War. In 1945 Russia’s military and political power sprawled across Europe and Asia from the Elbe river to the Pacific Ocean. The Russian economy was rapidly rebuilt, despite the terrible human and material destruction caused by the Second World War.

Russia’s government enjoyed global prestige thanks to the central role it had played in destroying Nazi Germany and to its claim to be the heir of the Russian Revolution of October 1917.

Countries trying to break free from imperialism and colonialism were eager to copy aspects of the “Soviet model”. Even the decrepit regime of Leonid Brezhnev, Russia’s leader in the 1970s, had important allies scattered all over the Third World.

Putin’s Russia is a shadow of this global power. In 2006 the US’s national income amounted to $13,200 billion, China’s to $2,670 billion, Britain’s to $2,340 billion – and Russia’s to a mere $990 billion. The US and Russia both spend about 4 percent of their national income on “defence”, but the difference in the size of their economies means that the Pentagon dwarfs the Kremlin militarily.

Moreover, Russia has shrunk in terms of territory. It has lost the “outer empire” that Joseph Stalin so brutally carved out in central and eastern Europe during the 1940s. Ukraine, a core part of the Russian state for centuries, has now broken away.

Putin owes his current strength to his success in rebuilding a degree of order after the chaos Russia experienced under Boris Yeltsin in the 1990s. He has ruthlessly used his power and the energy boom to construct what the Financial Times calls “authoritarian capitalism” centred on state controlled oil and natural gas companies.

The European Union (EU) is dependent on Russian natural gas, which gives Putin a bit of muscle. So does his nuclear arsenal – hence his anger at what he interprets as US attempts to neutralise it with the missile defence system.

Putin’s fears are reasonable. Stephen Cohen, a leading US historian of the Soviet Union, correctly argued in the Nation magazine about 18 months ago that it is the US that has been waging a “new Cold War” against Russia.

During the 1990s US president Bill Clinton reneged on a promise his predecessor had made to Mikhail Gorbachev, the last leader of the Soviet Union, and expanded Nato to the borders of Russia and Ukraine. The US also promoted the formation of a bloc of mainly Central Asian states – Georgia, Ukraine, Uzbekistan, Azerbaijan, and Moldova – all aligned to the West.

George Bush has continued this policy of encirclement, taking advantage of 9/11 to develop US military bases in Central Asia and backing the pro-Western “orange revolutions” in Georgia and Ukraine. The result, says Cohen, is a “US-built reverse iron curtain and the remilitarisation of American-Russian relations”.

The decision of the US and the EU to allow the Kosovo’s Albanian majority to declare independence of Serbia, in defiance of Russian wishes, is a continuation of the same process. The Russian-brokered settlement of the 1999 war over Kosovo ruled out such an option.

None of this justifies the increasing restrictions on civil liberties imposed by the Putin regime, or its bullying of weaker neighbours. But what Cohen calls the “relentless, winner-takes-all exploitation of Russia’s post-1991 weakness” by the US and the EU was bound to encourage paranoia and aggression on the part of the Russian government.

One of Putin’s ambitions seems to be to offer an ideological challenge to the neoliberal capitalism of the West. But in reality Russia is too weak to mount such an alternative – China is a much more plausible contender for this role. 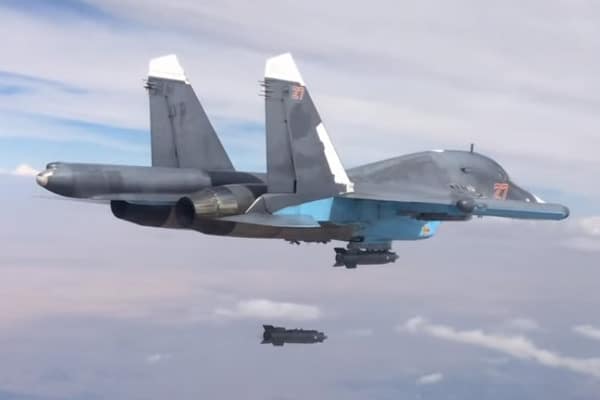