The deceit that lies behind the deficit

This article is over 11 years, 8 months old
In the full glare of publicity the three main parties jostle and manoeuvre over power. But, in the background, there is a much more fundamental assertion of power.
Downloading PDF. Please wait...
Tuesday 11 May 2010

In the full glare of publicity the three main parties jostle and manoeuvre over power. But, in the background, there is a much more fundamental assertion of power.

This is, of course, by the famous “markets” that hover threateningly over the politicians as they negotiate. The process began even before the general election took place.

At the beginning of last week the Financial Times reported that the London International Financial Futures and Options Exchange was planning to open at 1am that Friday morning, three hours after voting ended.

This was to allow traders in gilts—British government bonds—to start buying or selling them as soon as the result of the election began to become clear. It was clear that there was only one outcome that was really acceptable to the bond markets—a majority Tory government that would immediately implement unprecedented cuts in public spending.

This announcement amounted to hanging a sword of Damocles over the heads of the British electorate. When the voters failed to deliver the result the markets had demanded, the latter’s spokespeople were absolutely furious.

Sir Martin Sorell, chief executive of the advertising empire WPP, spluttered on Radio Four’s World at One on Friday last week that a hung parliament was the “worst possible” result. Alan Clarke of BNP Paribas pontificated to the Financial Times that “the UK could lose its top triple A credit status because of its failure to deliver a majority government with the authority to tackle the country’s public finances immediately”.

Arnaud Mares of Moody’s, one of the three agencies that rate the credit status of states and firms, said he assumed that “the incoming economic team could muster convincing parliamentary support for a fiscal adjustment that was no looser or slower than outlined by all three political parties during their respective election campaigns.”

All this reminds us that Jimmy Carville, one of Bill Clinton’s advisers, said in 1993 that, “if there was reincarnation… I want to come back as the bond market. You can intimidate everybody.”

Let’s remind ourselves of what’s really going on here. Less than three years ago, the banks, hedge funds, and the like precipitated the biggest financial crash and the worst economic slump since 1929. The ratings agencies were condemned only last week by the French and German governments for their contribution to this disaster by giving triple-A ratings to various financial instruments that are now mostly worthless.

To prevent a repeat of the Great Depression of the 1930s, states increased their spending. They found that money largely by borrowing. This was a good thing because it helped to maintain demand for goods and services. But, as a result, budget deficits have risen.

Now all the banks and other financial institutions that were saved thanks to this spending and borrowing are denouncing the rise in deficits as an economic scandal that can only be expunged by the most savage cuts in public services.

To get an intimation of the kind of suffering that this will cause, look at Greece. The austerity programme extracted as the price of the country’s “rescue” by the International Monetary Fund and the eurozone will slash wages, pensions, and services. As a result the Greek economy is projected to shrink by 4 percent this year and by 2.6 percent in 2011.

In other words, slashing the deficit is economic nonsense. Its only justification is to increase the profits and bolster the power of the very forces that unleashed the crisis in the first place.

But, at the same time as demanding austerity, these same forces are scurrying back to the state to rescue them again. Last Sunday’s New York Times anxiously reported: “The fear that began in Athens, raced through Europe and finally shook the stock market in the United States is now affecting the broader global economy.”

The European Union emergency package agreed at the weekend is designed particularly to bolster the bond markets. The sacred “markets” that sit in judgement of mere voters and elected politicians are themselves deeply fragile, riven with deep fractures.

America doesn't always get its way 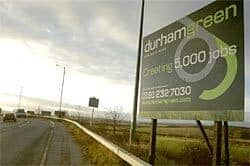