The final days of a fatally weakened prime minister

This article is over 16 years, 7 months old
I’ve said it before and been wrong — but now I’m pretty confident that the skids really are under Tony Blair.
By Alex Callinicos
Downloading PDF. Please wait...
Saturday 12 November 2005

I’ve said it before and been wrong — but now I’m pretty confident that the skids really are under Tony Blair.

You only had to look at the stony faces of Gordon Brown and John Prescott when they flanked him during question time in parliament last week after David Blunkett’s resignation. This is a prime minister who is on his own.

In the British political system prime ministers go either when they are defeated in a general election, or when they lose the confidence of their colleagues in the cabinet and their supporters in parliament.

Blair has been a fatally weakened figure ever since he forced Britain into the disastrous Iraqi adventure and was exposed as having paved the way to Baghdad with lies. But he was allowed to survive by the cabinet and the parliamentary Labour Party — mainly, I think, because they thought the costs of removing him were too high.

They had before their eyes the awful example of the Tories, who have yet to recover from the divisions caused by the fall of Margaret Thatcher 15 years ago this month.

Labour won the general election despite Blair and with a sharply reduced majority. The logic of the situation was for him to negotiate a relatively rapid handover of power to Brown. But Blair defied that logic. He was encouraged by the London bombings to hang on for a “full term” in order to shape his “legacy”.

What this means is that Blair wants to leave office having brought the market to parts of British society where Thatcher never dared to go. Hence the plethora of proposals to hand the running of schools and hospitals over to private enterprise.

Jackie Ashley, a journalist close to the Brown camp, wrote in the Guardian a couple of days before Blunkett’s resignation, “Ministers who are sympathetic to Blair say there is a missionary zeal about him as he confronts the end of his time in power. There is talk of him having a Maoist moment and throwing his energies in his own cultural revolution.”

The Blair court has been tormenting Brown by leaking stories that if David Cameron becomes Tory leader, Labour also should “jump a generation” and replace Blair with someone like David Miliband.

This is fantasy stuff—Brown would almost certainly slaughter anyone who ran against him for the leadership. But it must make him fear that Blair has yet again reneged on earlier promises to support his succession.

The effect has been to create the widespread impression that Blair doesn’t care what happens to Labour after he leaves office. According to Ashley, “Labour people are already muttering about a ‘scorched Downing Street’ strategy.”

Blair confronted the limits of this strategy last week in the government’s near defeat on the terrorism bill. Like John Major before him he is discovering that a small majority in the Commons doesn’t discipline a deeply divided party.

It is a sign of the government’s vulnerability that it has run into such trouble over the terrorism bill. This is an issue where it should be in a relatively strong position, after the London bombings and with the support of the police.

There may well be even bigger parliamentary rebellions to come over schools, pensions, the NHS and incapacity benefit.

But Blair is hanging tough.The scene is thus set for more collisions between Blair and Labour backbenchers. My guess is that the cabinet itself will eventually rebel too and force him out — most probably after the council elections in May if Labour does badly.

The Financial Times predicted last week that Blair will be out of Downing Street by next summer. If this scenario is right, then Respect faces a big challenge.

We need to perform as well as possible in May’s elections — both to help speed Blair on his way and to ensure that a real alternative is firmly in place to confront his successor.

Who are the true terrorists?

George Bush is the real loser in the latest Caucasus war

The Euston Manifesto: covering up for colonialism 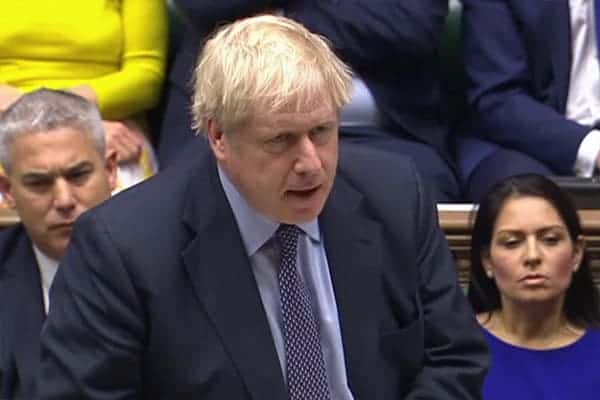