Apparently Jeremy Corbyn is under growing pressure from within the Labour Party to support a second referendum on Brexit. This comes not just from the Tony Blair fan club on the Labour right but also from within Corbyn’s own grassroots support movement Momentum.

It’s astonishing that these enthusiasts for the European Union seem to ignore what it is actually doing. The most obvious example is provided by the two summits held over the past fortnight. Both were dominated by the “migration crisis”. German chancellor Angela Merkel had the gall to claim last week that this issue could “decide the EU’s fate”. What she meant was that she might lose her job.

There is no “migration crisis”. Net immigration to the EU, which includes refugees, is fluctuating at around 0.4-0.5 percent of the total EU population—an ageing population that would shrink without immigration. It’s true that widespread misery, caused especially by the war in Syria, pushed many refugees across the Mediterranean in 2015. But according to the European Council, the number of undocumented immigrants has fallen by 96 percent from its peak in October 2015.

This isn’t because the misery is diminishing. Thousands of desperate people still die in the Mediterranean every summer. But the numbers crossing have been cut by the deal that Merkel struck with Turkish president Recep Tayyip Erdogan. The EU loves to denounce Erdogan as an “authoritarian”. But it pays his government handsomely to keep as many Syrian refugees as possible bottled up in Turkey.

The drop in numbers, however caused, doesn’t really enter into the debate in Europe about migration. This is driven by the far right, which has won votes by campaigning against migrants on the basis of racist fantasies.

Two countries are crucial here—Germany and Italy. Germany is the country where many migrants want to go because of its booming economy. Merkel had a brief moment of courage in September 2015 when she opened Germany’s borders. Around a million refugees entered Germany that year.

This poorly implemented and rapidly reversed policy was used by the far right Alternative for Germany (AfD), which has fascists in its ranks, to win third place in the German parliament last September. This in turn terrified Merkel’s conservative political base and in particular the right wing Catholic Christian Social Union (CSU) in Bavaria.

The CSU fears it will lose more votes to the AfD in the Bavarian state elections in October and so has moved even further right. Its leader, Horst Seehofer, runs the German equivalent of the Home Office.

He is threatening to turn asylum seekers back at Germany’s borders. Merkel argues border controls would destroy the Schengen free movement area within the EU.

She is trying to make bilateral deals with other EU governments to share the refugee “burden”. But her efforts are being spurned by the new right whose hold is growing across Europe. Austrian chancellor Sebastian Kurz, who heads a government that includes fascists, leads a bloc of central and eastern European states that refuses to accept any refugees.

Italy is also crucial for two reasons. First, it’s the main EU member state where migrants and refugees first arrive from the other side of the Mediterranean. Secondly, its government is dominated by interior minister Matteo Salvini, leader of the far-right Lega, whose anti-migrant rhetoric is leading to escalating racist attacks.

The new EU plan is to create “regional disembarkation platforms”—detention camps for refugees and migrants—in north Africa. Libya, dominated by rival armed militias, and notorious for the most the brutal forms of trafficking, is a candidate. The European Council endorsed a sinister proposal from Italy telling NGOs to leave the Libyan coastguard to “rescue” refugee boats.

So, contrary to that talk of the EU transcending national conflicts, the migration issue exposes it as driven by them. And it is the far right that is increasingly making the running. Labour left wingers shouldn’t demand that Corbyn link arms with the scum who run the EU. They should be encouraging him to campaign against the racism and Islamophobia that is spreading here in Britain as well. 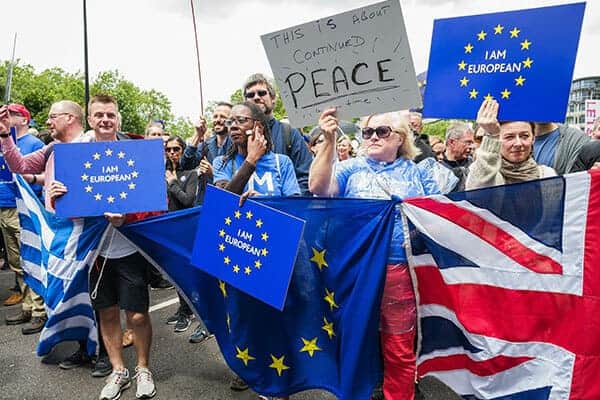 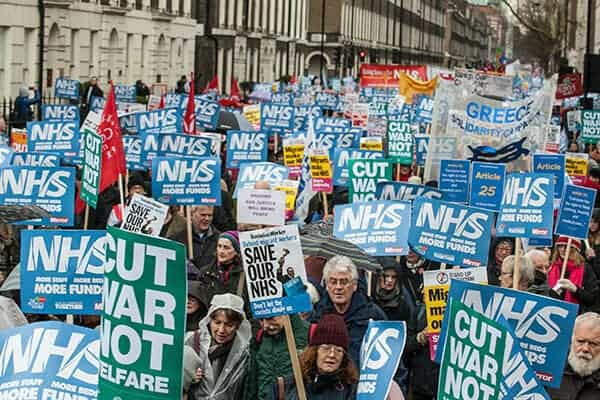 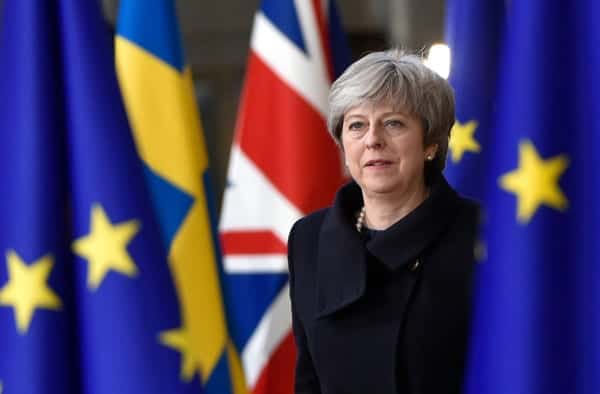 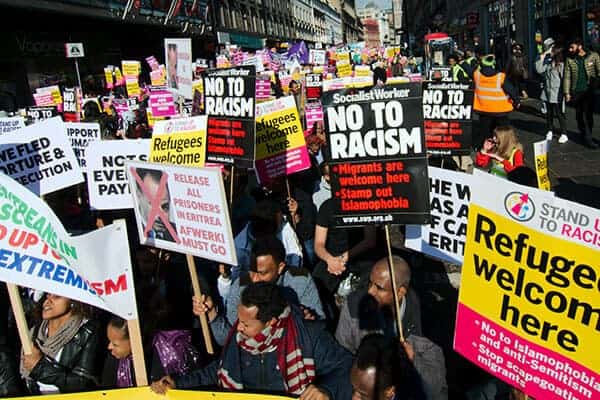 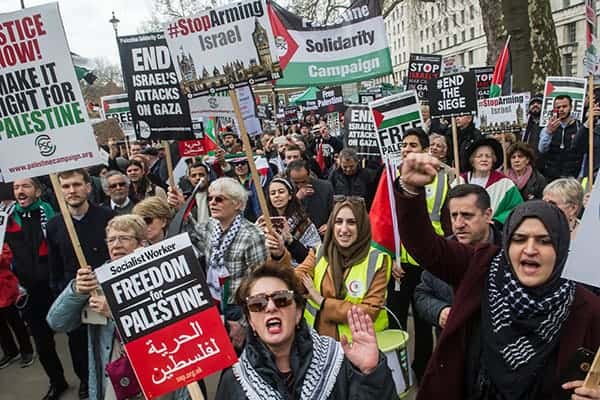