This article is over 8 years, 0 months old
By Alex Callinicos
Downloading PDF. Please wait...
Tuesday 27 May 2014 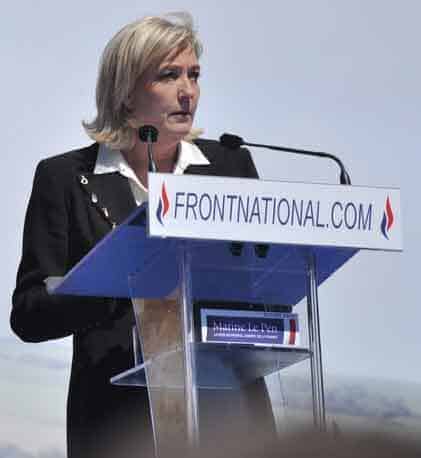 The economic crisis has lasted for so long that last week’s European parliamentary elections are the second to have taken place under its shadow. Any attempt to make sense of this poll can’t lose sight of this fact.

The European Union elite will attempt business as usual, pointing out that the overall result this time is the same as that in 2009. Three main groupings—the centre right, the centre left and the liberals—will continue to dominate the European Parliament. All are strongly committed to the status quo.

Two results belie this complacency. France is—with Germany—the driver of the entire process of European integration. Yet the fascist Front National came top there with a quarter of the vote, pushing the ruling Socialist Party into third place.

Greece has been crucified by the austerity programme imposed by the troika of the European Commission, European Central Bank, and International Monetary Fund. Syriza (the Coalition of the Radical Left) came top there. The governing centre-right New Democracy was second, while the openly Nazi Golden Dawn won nearly 10 percent of the vote.

As in Britain, three issues dominated these elections throughout Europe—rejection of the neoliberal political establishment, austerity, and anti-immigrant racism.

But the French and Greek results show that the precise mix of issues and who benefitted electorally varied.

Across the Mediterranean, where austerity has wreaked its worst havoc, it wasn’t the far right that came out on top. In the Spanish state, for example, a coalition of the United Left and Greens won 10 percent.

Much more spectacularly, Podemos came fourth, taking a remarkable 8 percent. It was formed only four months ago as the political expression of the leftist protest movement that began by occupying city squares on 15 May 2011.

In Portugal, the ruling right-wing party was forced into second place and the radical left took over 17 percent of the vote. The centre-left Democratic Party (PD) came top in Italy, with 40 percent, and Silvio Berlusconi’s Forza Italia and its right-wing separatist allies of the Northern League were pushed into third and fourth places respectively.

Don’t expect to hear too much about these results on the British media. They are portraying Ukip’s alarming success as part of a universal advance by the extreme right throughout Europe. This doesn’t fit the Netherlands, for example, where Geert Wilder’s far-right Freedom Party lost two seats. The radical left Socialist Party has also squeezed narrowly ahead of the Labour Party.

In most places, under the hammer of the crisis and austerity, the pro-EU neoliberal centre is being squeezed. It’s not surprising, then, where the crisis hasn’t been so strongly felt, for example, Germany, the centre largely held. Even there the anti-euro Alternative für Deutschland has won seven seats.

But the beneficiaries of the resulting fragmentation are very varied politically. Certainly, the social democratic parties have plenty to worry about. Labour in Britain was not alone in doing badly in 2009. But they could have hoped to benefit from the bitter years of crisis this time.

But since the social democrats have capitulated to neoliberalism, they are getting punished as well. François Hollande led the Socialist Party to victory in the French presidential elections barely two years ago, only to be thoroughly humiliated now.

Pasok, the Greek version of Labour, even when disguised as the Olive Tree coalition, could only manage 8 percent of the vote. It was way behind Syriza’s 26.6 percent.

The Italian PD is now in government under its new leader Matteo Renzi. An admirer of Tony Blair, he is offering austerity-lite. The Five Star protest movement, which came second in the European elections, is poised to pounce if he fails.

All this is a warning for Ed Miliband. Labour still looks set to win the most seats in next year’s general election. But a weak coalition government, maybe with the deeply discredited Lib Dems, that offers a supposedly more humane version of austerity will only add fuel to the fires of destruction. Building a genuine alternative has become more urgent than ever.