In the wake of the notorious Google tax deal, Dave Sewell looks at what really ties businesses and governments together

The Bosses of the Senate, a 1889 cartoon by Joseph Keppler

Do corporations run society? Or is it the state? What links the two, what divides them, and how do we challenge them? These questions are as old as capitalism.

Answering them is essential to any strategy to overthrow it.

Two recent controversies have shown them in very different lights.

Britain became the latest country to cut Google a deal to pay very little tax. It channels almost all of its non-US profits through low-tax Ireland.

This border-straddling ­multinational seems too ­fleet-footed for nation states to keep up with.

In the steel industry the multinationals are lumbering giants. They plead helplessness and—backed by the unions—beg the state protects them from Chinese imports.

So which is it?

The truth is that multinationals and governments are each other’s accomplices in a system built on exploitation.

And no fight against one can be won without taking on the other.

In its home state, the US, Google pays “pretty much the full tax rate” according to campaigner Richard Murphy.

If European authorities were to call its bluff and demand changes here too, Google couldn’t afford to abandon the European market.

If the Tories used import tariffs to increase the price of Chinese steel, it might shelter the profits of steel ­multinationals’ British operations.

But this would both endanger the Tories’ attempts to court Chinese investment and increase costs for a much larger section of British manufacturing.

The modern nation state and the capitalist economy created each other.

monarchies as a weapon against the feudal structures that held them back.

Later they fought to reshape them into regimes to suit their own ends.

Despite talk of a free market, their new society needed a stronger state than ever. And it was never neutral.

The first modern states used their military might to extort commercial advantages for their capitalists.

They pillaged the world of raw materials, and forced millions of Africans into slavery.

Farm enclosure acts, laws against vagrancy and later “workhouse” prisons were used against the poor.

The state forced anyone who might have worked the land to sell their labour instead.

For the revolutionary Karl Marx, capitalism came “into the world dripping from head to foot, from every pore, with blood and dirt”.

And while companies such as the East India Company often drove these crimes, it took the state to finish them.

Often landlords, bankers and industrialists became politicians themselves, or at least worked hard to cultivate links with them.

This continues today (see below).

And there are always tensions between capitalists and the state, over who foots the bill for reforms or which sector gains at the expense of another.

But governments and bosses are bound together by a common interest.

have kept finding more needs only the state can fulfil.

It provides infrastructure and maintains a skilled, healthy workforce.

Governments can force through reforms that go against the short term interests of some capitalists but which are essential for their long term success as a class. As capitalism developed, so did the working class it exploited.

Marx wrote, “The state power assumed more and more the character of national power of capital over labour, of a public force organised for social enslavement, of an engine of class despotism.”

One constant tendency has been for firms to swallow each other up.

As the average firms got bigger, their embrace of the state grew tighter.

This led to the horror of the First World War. Capitalists couldn’t expand their activities without crashing into the ­interests of rival powers.

Economic competition spilled over into military competition—and the slaughter of the trenches.

For much of the 20th ­century state intervention and nationalised industry was the norm around the world.

But as the economy stagnated, state protection of unprofitable industries was seen as stopping the market adapting.

Private bosses were judged to be better placed to attack workers’ terms and conditions.

Still, even arch-privatiser Margaret Thatcher sold off less than 10 percent of state assets over ten years.

Public spending has only increased since then.

And in Europe many industries were never privatised. Some privatised utilities in Britain have even been bought up by rivals that are still state-owned.

Firms have grown to the point where one state is often not enough. But as the case of Google underlines, most of these ­multinationals remain closely linked to their home state.

They have to build similar links with governments in other states where they operate.

The TTIP trade deal being negotiated between the US and European Union (EU) is supposed to show power shifting from states to multinationals.

If anything it shows how multinationals are immensely concerned with states—and how states are actively shaping the process.

The first is the pressure to scale back international operations when their profits are under threat. We have seen this from troubled supermarket chains

The second is getting bodies such as the EU to play part of the role of a state at a larger scale. Third is building links across the world over the heads of these bodies.

This three-way clash leads to political crises. It underlies the current bitter rows over the EU and the euro.

But multinationals and states will always work together to protect the system that causes these crises.

It’s up to us to fight them both. 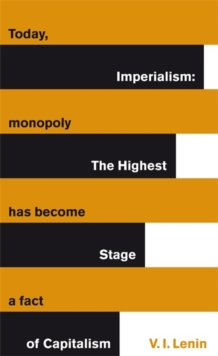 That’s what good friends are for

In 2010 David Cameron promised to end the “revolving door” between government and big business. But he didn’t seem to get round to telling the people who became his top ministers.

Andrew Lansley was the health secretary who drove privatisation into the heart of the NHS. He’s now taken jobs from two big private firms.

One is Roche, the drugs maker that gouged a fortune from the NHS for cancer drugs. The other is Blackstone, the hedge fund not content with wrecking Southern Cross care homes, which now wants to buy up health services.

Former benefit-slashing minister Esther McVey made up for losing her seat with five new jobs—including with a hedge fund and a “communications” firm.

Both say their new “duties” don’t involve lobbying current politicians, as former ministers face a two-year ban on this. Backbench MPs and former New Labour ministers have no such worries.

Some firms are invited straight to the top table. Tax minister David Gauke recently chaired a “business forum on tax and competitiveness” in the Treasury.

Top bosses from some of the biggest firms the Tories have given tax breaks—including Vodafone, Diageo and GlaxoSmithKline—were invited. Unsurprisingly they argued for keeping those tax breaks.

But his own employer News International held more meetings than that with George Osborne alone.

Its boss Rupert Murdoch’s links to politicians have helped him shake off one of the modern world’s worst corporate scandals.

Last time health secretary Jeremy Hunt was a public hate figure he was the culture secretary who tried to let Murdoch swallow up BSkyB.

The state and capitalism today by Chris Harman online at bit.ly/1IZlLoY