As Sean Mitchell’s new Rebel’s Guide to James Connolly puts it, “Connolly was an activist, a lifelong Marxist and a revolutionary socialist committed to the destruction of capitalism, both in Ireland and the world over.”

Connolly played a central role in the 1916 Dublin Easter Rising. He was born in the slums of Edinburgh in 1868. By 21 he had joined the Scottish Socialist Federation at a time of big debates in the socialist movement.

The largest socialist party was the German Social Democratic Party. It was a mass organisation made up of workers, but it believed that a parliamentary majority was the route to socialism. In contrast Connolly pointed out, “The election of a Socialist to any public body at present is only valuable in so far as it is the return of a disturber of the political peace.”

Connolly came to believe that socialism must rely on workers’ democracy and could only be won through their active struggle.

Blacklisted out of work in 1896, he appealed to the socialist movement for a job. The only reply was a group of Dublin socialists. Connolly formed with them the Irish Socialist Republican Party.

Sean says that Connolly was the key person to argue that the working class could lead the struggle for Irish independence by fighting for a workers’ republic.

In his book Labour and Irish History, Connolly took apart the idea that Irish history was a seamless struggle of all classes uniting for freedom. It showed middle class leaders were repeatedly ready to compromise with the English rulers.

Driven by poverty Connolly went to the US. He became a revolutionary trade unionist—a syndicalist. Inspired by mass strikes taking place as he arrived he joined the Industrial Workers of the World (IWW) union and became an organiser.

The IWW argued that the development of revolutionary trade union organisation in one big union could lead to socialism.As Connolly wrote, “Every fresh shop or factory organised under its banner is a fort wrenched from the control of the capitalist class.”

He concluded that political organisation was secondary and returned to Belfast in 1910 as the organiser of James Larkin’s Irish Transport and General Workers Union. A magnificent strike in 1907 united Protestant and Catholic workers, but after its defeat sectarianism rose.

In 1913 Dublin employers set out to break the unions. Firm after firm locked out union members. In August Connolly moved to Dublin to help the workers. The lockout lasted eight months. Union leaders, including Connolly, were jailed and police murdered several strikers.

In response Connolly formed the Irish Citizen Army—a working class militia—to defend “the right to work and eat and live”. Sean recounts how the 1913 defeat of the lockout had a huge impact. Radical syndicalism was a great organiser for going forward, it was less effective in retreat.

The outbreak of the First World War saw socialist parties across Europe tear up pledges not to support a bosses’ war.

Connolly was one of a handful of socialist leaders to oppose the war. “We serve neither King nor Kaiser”, adorned the Irish Worker newspaper that Connolly edited and the banner at union headquarters.

He wrote, “When the bugles sounded out the first note for actual war, their notes should have been taken as a clarion call for revolution.”

Connolly argued that Irish socialists and Republicans must strike a blow at British imperialism from the heart of empire.The Easter Rising was that blow. The Irish Citzens’ Army and the best republicans fought together against the British.

Sean writes, “The British political and military establishment in Ireland were caught off guard by the Rising, and Connolly was right in the thick of the action. Those who survived recalled that he held no pretentions about his role, playing a full part in the fighting throughout.”

Brutal repression from Britain crushed the rebellion and Connolly was executed.

But as Sean puts it, “James Connolly has few equals in Irish history as a thinker, fighter and agitator.”

A Rebel’s Guide to James Connolly is out now—just £3 from Bookmarks bookshop 0207 637 1848 bookmarksbookshop.co.uk
FURTHER READING 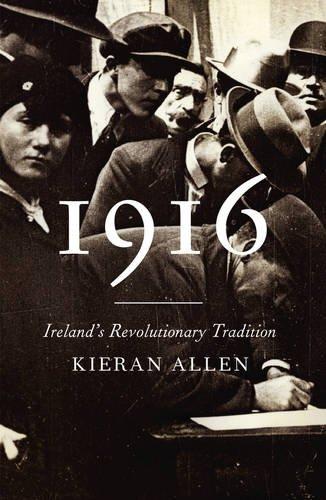 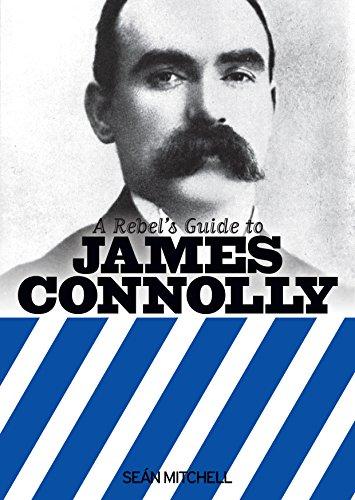