Mark George QC represented families at the Hillsborough Inquests. He told Sadie Robinson that the police’s role is hostile to the working class, but that it can also be resisted

Family members of the 96 fans killed during the Hillsborough disaster outside the inquests (Pic: PA)

Inquests into the 1989 Hillsborough disaster last week found that the 96 fans who died as a result of the disaster were unlawfully killed.

The jury found that a catalogue of police failures caused and contributed to the deaths.

And after 27 years of smears against the fans, jurors found that they did not contribute to the disaster.

Mark George QC helped to represent 22 families in the inquests. He spoke to Socialist Worker about why the inquests matter, what Hillsborough has revealed about the police, and why it’s worth fighting back.

Fghting for justice over deaths in custody (Pic: Guy Smallman)

What’s the significance of the Hillsborough inquests?

The inquest results are important because they bring in accountability. It’s the first time these people have been held responsible for their failures.

People in Liverpool will no doubt say for many years, “Look how long it took us—but even in our darkest hours we did not give up.”

The families of the 96 are not all working class, but many are. And they just dug in and could not be shifted.

They’ve made the establishment bow down before them. It’s absolutely brilliant, a great result.

It will undoubtedly inspire people. It’s like where you have a big industrial dispute and workers win.

It makes everybody else think, “It does happen—you can do it.” Anything that helps to inspire people that struggle is not in vain is a good thing.

What has Hillsborough shown about how police treat working class people and how they operate?

Hillsborough links right into the 1980s, the Battle of Orgreave and the 1984-85 Miners’ Strike.

The police, certainly under Margaret Thatcher, treated workers in all situations as scum.

Football supporters were regarded as being as bad, if not worse, than trade unionists on picket lines.

The police acted with impunity. They thought they’d never be brought to account and they weren’t.

One issue that’s been reignited by the Hillsborough inquests is Orgreave.

There was a lack of accountability over it. Miners were wrongly put on trial for riot—and no police officer was ever investigated much less disciplined for it.

After that the police felt, ‘We can do this whenever we like.’

When Hillsborough happened it was basically, get out their account about miners, scrub out references to striking miners, insert rioting Liverpool football fans and carry on.

They thought they would be able to seed the news agenda and lie about the position.

In the case of Orgreave they said miners threw bricks at them and they were defending themselves. With Hillsborough they immediately rushed out and said it was all these drunk, ticketless, late fans and asked how they were supposed to deal with that.

It was yet again a lie that they got away with at the time.

Do the Hillsborough inquests make demands for an inquiry into Orgreave stronger?

One consequence of the Hillsborough decisions is that the Orgreave campaign has received a huge boost.

It’s a direct example of how the inquests have been a benefit to other groups fighting.

Any investigation into Orgreave would be incredibly political and inevitably involve an attack on Margaret Thatcher.

The Tories obviously won’t want that. But there is unfinished business.

It’s not just that it’s the same police force—it’s the same tactics. What they did to Liverpool supporters they only did because they’d got away with it at Orgreave.

It’s that connection that I think does merit an inquiry.

What are the chances of prosecutions following the inquest decisions?

In the current climate it’s probable that Hillsborough match commander David Duckenfield will get prosecuted for manslaughter.

If you’d asked me 20 years ago I’d have said not a chance. But people are being held to account more now.

Whether he gets to trial or is convicted is a different matter. But it would be hugely significant.

It would be a really senior police officer being tried. We’ve never seen that before in our history.

There obviously was a cover-up too and there should be prosecutions over it. But I’m less sure there will be.

What about the real role of the police? They are supposed to be there to keep us safe and fight crime...

It doesn’t cut much mustard does it? I take the view that the job of the police is to protect the capitalist system.

They try to keep law and order because generally speaking disorder is not beneficial to trade and commerce.

And when they come up against the proles they just see it as an opportunity to break out the truncheons and crack a few heads.

That’s one of the reasons why tinkering with the people at the top isn’t going to significantly reform the police.

And what’s the point of having police who are nice to working class people? That’s not their role.

The policing of football has changed significantly.

Now major football grounds are awash with stewards and fewer police officers are on the immediate scene.

But we shouldn’t think something like this couldn’t happen again.

The columnist Owen Jones made the point about Ian Tomlinson, who died after police attacked him, and the attempt to cover up there.

I think the same applies to Jean Charles de Menezes, who was shot by police in London in 2005.

Initially their version was that this guy had run away from them, jumped the barriers, and was acting in all sorts of ways that made them think he was a terrorist.

Yet again they were caught lying.

There is this instinctive, deceptive attitude. They perpetuate the idea that they’re the wronged party and it’s everybody else’s fault but theirs.

That is the path to more disasters further down the road.

Is it just a few bad apples, a minority of officers who are the problem?

No it isn’t. It’s easy to pick out a few figureheads.

But anyone who thinks that just getting rid of the leadership of South Yorkshire Police (SYP), for example, means that everything will be ok is deluding themselves.

The situation with SYP is very interesting.

The implications for SYP are huge. Even Sir Ian Blair, the former London Metropolitan Police commissioner, said they might need to be amalgamated with another force. But would that make a difference? No.

There is no doubt there was a particular problem in South Yorkshire at the time going back over many years because of, for example, their role in the miners’ dispute.

But let’s not kid ourselves. If Hillsborough had happened at Old Trafford we would no doubt be saying exactly the same thing about Greater Manchester Police as we are about SYP.

Lots of people want reform of the police. If we can’t change their role, what kinds of things can we campaign for?

Once you’ve analysed that the role of the police is essentially hostile to the working class, it’s then a question of what you can do within the system. 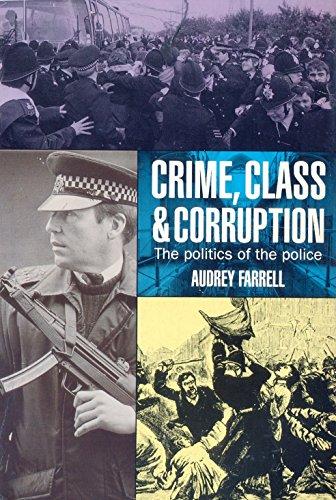 How can we make things better for the working class or weaken the powers of the police?

It’s very important we don’t just throw our hands up and say, well what do you expect?

You don’t get anything unless you fight for it. It’s always worth fighting for accountability or to limit their powers.

The reason that it’s worth taking on the establishment, saying SYP chief constable David Crompton should resign and so on, is that it has an impact.

It’s a kick in the groin for them.

They don’t really care who the chief constable of SYP is, they’ll get another one in place and he won’t be any better.

But this is an opportunity to give the establishment a bit of a kicking.