The 1966 seafarers’ strike was a key test for the left wing rhetoric of Harold Wilson’s Labour government —a test it failed by attacking workers, argues Simon Basketter

The summer of 1966 saw an outburst of militancy from workers in a corrupt union that provided the key test for the left wing rhetoric of the Labour government. It was a test that government failed with long term consequences.

The Labour government of Harold Wilson had been elected in 1964 with a slim majority. Following another election in 1966 Labour got a decent 97-seat majority stemming from more left wing—if somewhat vague—promises.

Wilson had positioned himself on the left of the party. Many workers placed hopes on the Labour government because of this.

But there was pressure from the bosses to curb rising wages. There was also pressure against the limited reforms Labour offered, which were to be replaced with cuts.

In January that year, the bosses’ Economist magazine declared, “The only way to achieve an incomes policy in 1966 is going to be by outfacing the trade unions in some big national wages struggle.”

The union the confrontation was with was a surprising one. The National Union of Seamen (NUS) was a company union that had managed to scab on the 1926 general strike and do not much else since.

The Merchant Shipping Act effectively outlawed real union representation at sea. Seafarers could be imprisoned for “desertion” or “disobeying a lawful command” if they went on strike.

This happened to workers in unofficial strikes in 1947 and 1960. Blacklisting was rife.

Seafarers were signed up to a 56-hour week. This was meant as a convenient formality which would enable the ship’s master to get seafarers to work at any time in the week.

Many shipowners demanded the full 56 hours were worked.

The old anti-Communist union leadership were gradually being pushed by those who wanted a more militant line.

Some of these got onto the union executive after the unofficial action.

A 40-hour week and a pay rise was demanded.

The bosses offered no increase and a 40-hour week in stages over three years. An official national strike—the first since 1911—began on 16 May.

Crews walked off ship as soon as they reached a British port. By June nearly 20,000 seafarers were on strike. On 5 June thousands marched through London to a rally in Trafalgar Square.

Dockers started blacking goods. In Hull they walked out. But union leaders and the Communist dockers’ leaders argued against spreading the walkouts.

The government declared a State of Emergency, giving it powers to clear ports and cargoes and to use troops to do dock work.

Harold Wilson went on television. He stressed his duty was to resist the action “because this was a strike against the state”.

After Wilson’s intervention and the State of Emergency, the NUS leaders still protested that they had no quarrel with the state.

The Pearson Report into the dispute duly appeared. And the union leaders were called to Downing Street. But the militancy was growing and the union held out.

A section of the union produced a pamphlet, Not Wanted on Voyage, which was a clear defence of the strike. It was written by John Prescott. He had been a ship’s steward in the unofficial 1960 strike.

His links to the militants in the union meant he was both more left wing and more coherent than he later became.

After the strike ended the union sponsored him to be the Labour MP for Hull. He later became Tony Blair’s deputy prime minister and trousered himself a peerage.

In the House of Commons Wilson denounced the union and attacked the left. He accused a “tightly knit group of politically motivated men” of exercising too much influence on the NUS executive council and attempting national sabotage.

The editor of the Daily Mail newspaper was given all the evidence the government had. He refused to print anything saying it was “exaggeration and half-truths”. Only the Observer and the Guardian newspapers cooperated with the campaign against the union militants.

During a debate on more emergency powers to break the strike Wilson named names of the members of the Communist Party in the union.

Troops weren’t used during the strike and the union leaders saw to it that there was no need. The strike was solid. But three days after all branches had voted for continuation of the strike, and two days after the third of numerous new final offers was rejected, the union called off the strike.

In truth the right of the union movement were desperate to back the Wilson government. The left union officials went along with them.

The Communists were so desperate not to break from the left bureaucrats that they held back the real prospect of action that could have forced through victory. And in the end, the only people who could get the strikers back to work by selling a shoddy defeat were the witch-hunted Communist militants.

But there were problems for Labour too. The seafarers’ strike was far from the only time a Labour government turned on workers.

Nor was the summer of 1966 the only time Labour turned on its supporters with cuts. But it was the moment Labour openly admitted that it needed to do both in the national interest and to be trusted in office.

As soon as Labour had come to office the right, the bosses and the bankers had wanted cuts. Lord Cromer, the governor of the Bank of England, demanded “immediate cuts in government expenditure” and particularly to social services.

At first Wilson was shocked by the idea of bankers ordering politicians around. Mostly because he thought manufacturing bosses not bankers should run the economy.

The July issue of the Economist was more honest than Wilson. It saw the opportunity.

“There can be a once-for-all straight devaluation of workers’ real earnings that will not be recovered when the freeze thaws,” it said.

There was a growth in the trade deficit—which the seafarers’ strike brought to a head. The bosses launched a run on the pound. The government put up interest rates to 7 percent.

According to historian Kenneth Morgan, “The turmoil was the most decisive episode in the Wilson government’s life confirming the prime minister’s famous opinion that a week is a long time in politics.” 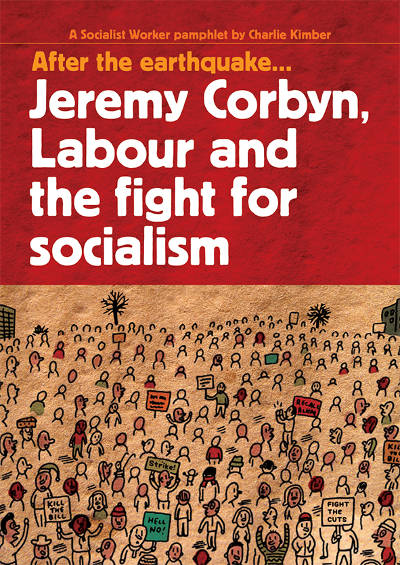 International Socialism, the magazine of the forerunners of the Socialist Workers Party, summed up the choice for the Labour government in 1966. “The crisis of the British economy reduced government policy to no more than a declaration of class war,” it said.

“The hints of glamorous reforms that brought Labour to office have faded like morning mist in the hot glare of power.

“If Wilson agrees to run British capitalism at a time when its profits can only be secured by open class warfare, when it needs, above everything else, to redistribute the national income from wages to profits, then Wilson must use the truncheon.”

The government had promised 25 percent growth but the plan was in tatters. The Labour government chose the truncheon and decided the only solution was cuts. Over £500 million (£6.5 billion in today’s money) of cuts were announced in a panic.

Labour increased indirect taxes on the poor by 10 percent and slashed public spending.

Workers’ resistance saw a series of strikes in the late 1960s break wage restraint. But union leaders’ loyalty to Labour meant they did their best to hold back struggle.

And Labour’s attacks demoralised many of its supporters. The turnout in the 1970 election was the lowest for 35 years, and the Labour vote slumped by 5 percent. It was enough for the Tories to get back in.