How effective is the latest Carbfix breakthrough? (Pic: www.or.is)

Almost every day there is further bad news about climate change. As emissions continue to rise, carbon dioxide concentration in the atmosphere is reaching new peaks.

So any news that indicates it might be possible to reduce the amount of greenhouse gases in the atmosphere is enthusiastically celebrated. Now scientists have shown it’s possible to turn carbon dioxide into stone by pumping the gases into volcanic rock.

This particular experiment, called Carbfix, took place in Iceland and is clearly a major scientific achievement. Scientists have accelerated a process that would naturally take hundreds of thousands of years.

But there is a problem with this, and other technological solutions.

They help to send the message that "something is being done" about climate change, and they do it in a way that suggests nothing needs to fundamentally change about how society organises.

Firstly there is the question of scale. The Icelandic test project has been scaled up to handle 10,000 tonnes of CO2 a year. But this is a fraction of the amount of emissions that are being made.

The Drax power station in North Yorkshire alone produces an annual 20 million tonnes of CO2—2,000 times more than Carbfix can currently handle, and Drax is one of thousands of plants.

Secondly, the environmental crisis that we are experiencing now is not simply about climate change.

Fundamentally it is about how our society is destabilising the natural cycles of environmental systems.

So we see continued deforestation in large areas of the globe, leading to further increases in emissions and a reduction of the ability of the planet to absorb carbon dioxide.

This is accelerating a biodiversity crisis, which some writers have called the "Sixth Mass Extinction". Pollution of rivers and oceans is continuing as our waste, particularly the run off from agriculture, enters water systems.

The most frightening consequences are the dead-zones where pollution has wiped out nearly all life in huge areas. 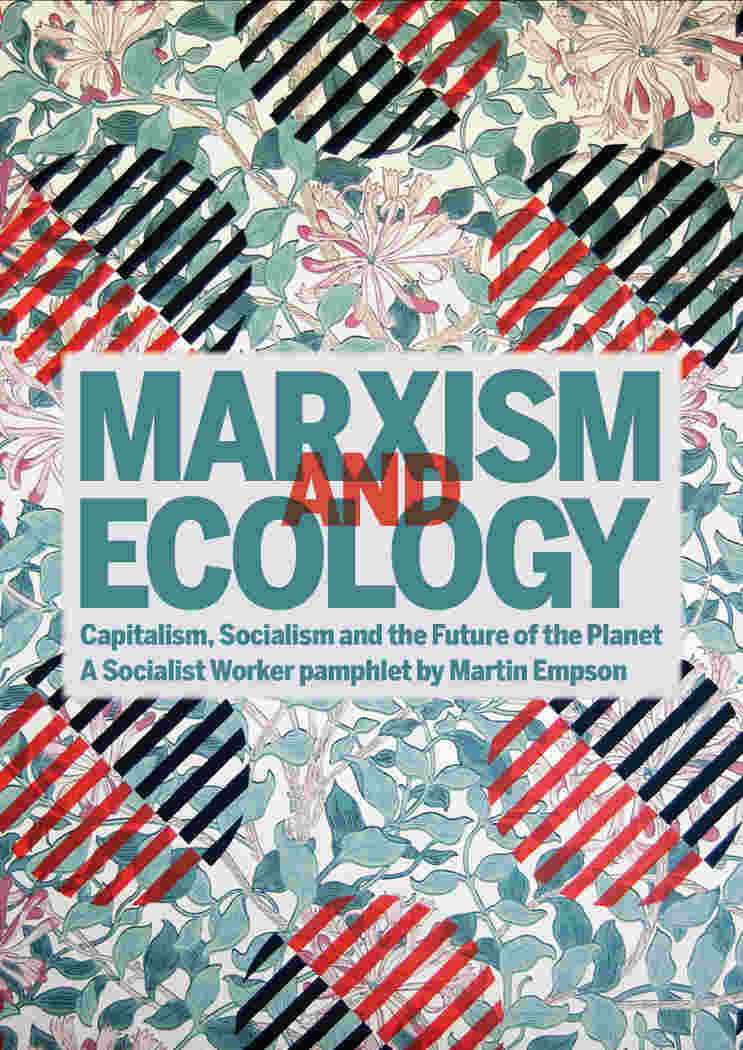 Too often these environmental problems are reduced to technology. But technology is not at fault.

The problem is the way that capitalism uses it. Capitalism is a system that is driven by the need to make profit, for the sake of profit.

Thus the interaction between human society and the natural world is an unequal exchange. The very nature of production under capitalism overwhelms the planet's capacity to absorb the outputs from that production.

This is why the pollution of air, water and land is increasingly undermining whole ecosystems.

In its quest to maximise profits, capitalism depletes and degrades the natural world, without looking to the consequences. This is why, despite mountains of scientific evidence that we need to stop burning fossil fuels, the Tory government is encouraging fracking once again.

We already have the technical solutions. We know that switching to renewable energy, reducing energy use and transforming our travel, building and agriculture can led to huge emissions reductions.

The barrier to do this is not scientific, it is political.

In the face of growing environmental disaster we have to increase the struggle against a system that is destroying the ability of the planet to support human life.

Projects like Carbfix look like convenient short cuts. But at best they are about continuing doing what we are already. What we need is much more fundamental change.

Martin Empson is the author of the recently updated and re-issued Marxism and Ecology which looks at capitalism, socialism and the future of the planet. For your copy phone 020 7840 5600.