People have always expressed their sexualities in different ways throughout history, yet we can often feel alienated from our own sexualities today. Tomáš Tengely-Evans says fighting oppression means changing society

On the first Pride demonstration in London in 1972 cops openly shouted homophobic abuse and were aggressive towards the 2,000 marchers.

LGBT+ people faced legal discrimination at work and restrictions on their personal lives.

Today the Metropolitan Police are still out in force on Pride—on their own contingent.

Alongside them march corporate delegations, from Starbucks coffee to Barclays bank, who “celebrate” sexual diversity in the workplace.

Yet one in eight lesbian, gay and bisexual people and 75 percent of trans people are recorded as suffering hate crimes each year.

Homophobia and LGBT+ oppression still run through our society. The horrific killings in Orlando earlier this month were horrific examples of this.

Capitalism is based on a tiny minority of capitalists exploiting the majority of workers in order to make their profits.

In this endless drive for profit capitalism tries to turn everything into a commodity that can be bought and sold on the market—including human sexuality.

But sexuality is something that is instrinsic to human beings.

While sex itself can be an important aspect of sexuality, it is also about a much broader range of intimate relationships that humans can form.

And unlike some animals humans aren’t restricted by a “mating season”.

This means that humans have evolved with the ability to have sex for pleasure rather than just reproduction.

With greater leisure time humans could form flexible and diverse relationships with one another.

People’s sexual lives are more openly diverse now than they were 20 years ago, partly because of the gains that have been won through struggle.

But capitalism means that sexuality is still alienated from us.

Under capitalism sexuality is dehumanised, repackaged and sold back to us as a commodity.

We’re told that we can satisfy our needs and desires by simply buying the latest product.

But our sexual needs cannot be satisfied like this.

To form fulfilling and intimate relationships means seeing other people as human beings—not just objects of our sexual desires.

People do have more sexual choices—sex is no longer always supposed to be exclusively heterosexual and confined to marriage.

But capitalism puts immense stresses and strains on working class people’s lives, which makes it hard to have satisfying sexual relationships.

Capitalism then plugs the gap with the oppressive and exploitative sex industry.

It has adopted the language of liberation and diversity, repackaged it and turned it into a commodity.

Capitalism has adopted the language of liberation and diversity, repackaged it and turned it into a commodity."

So we still get a narrow and compartmentalised take on sexuality.

The National Survey of Sexual Attitudes and Lifestyles found that some 6 percent of people defined themselves as lesbian, gay or bisexual.

Other polls have found that up to twice that number have experienced sexual intimacy with or expressed desire for someone of the same sex.

This shows that sexuality isn’t something that can neatly fit into any box. But our sexualities and relationships are distorted by the way they are shaped by capitalism.

This sort of repression can put human beings under immense mental strain.

It can force people into leading double lives as they struggle with conforming to a narrow vision of sexuality.

That’s partly why in the 1960s and 70s the Gay Liberation Front (GLF) put great emphasis on “coming out” as a political act and a rejection of living in secret.

At a vigil for Orlando victims (Pic: Guy Smallman)

Their fight came alongside other huge struggles against racism, sexism and the war on Vietnam.

It was a break with the Homophile Movement that came before the 1960s, which put the emphasis on respectability and assimilating with the gender norms under capitalism.

While being openly LGBT+ is now widely accepted, alienation under capitalism still means that sexuality is distorted and repressed.

It is now reported that the Orlando gunman Omar Mateen had repressed “homosexual tendencies”.

But LGBT+ oppression hasn’t always existed—and it can be overcome.

Like other human needs, sexuality has been shaped by how production has been organised in society.

The fight for liberation is part of the fight against capitalism (Pic: Jess Hurd)

The key institution that has shaped—and controlled—our sexuality is the family.

The family’s role in class society has been to reproduce the next generation of workers.

What has been sexually permissible has been governed by property relations.

But this hasn’t always meant that only heterosexual relations were accepted.

The revolutionary author Leslie Feinberg has written about how a number of gender identities and sexual orientations have existed throughout history.

In Ancient Greece and Rome sex between men was accepted as normal.

Production was based on slavery so the family wasn’t as central to producing the next generation of labourers.

But as the Roman Empire collapsed a new way of organising production—feudalism—emerged in Europe.

Instead of slavery, production was based around a peasantry working on the land.

The family became the central unit of production—and sexual acts that could not lead to children were outlawed.

Even so, same-sex relationships didn’t disappear.

There is evidence that gay subcultures existed in some European cities.

The forms which the family has taken has changed throughout history, but under capitalism the nuclear family has been dominant.

The forms which the family has taken has changed throughout history.

But under capitalism the nuclear family has been dominant.

This is key to understanding the roots of LGBT+ oppression in the 19th century.

As capitalism pushed women, men and children into the factory, the working class family came under great strain.

By the late 19th century this frightened the new capitalist class, who needed the family to produce the next generation of workers.

This wasn’t just driven from the top—many working class people also wanted some respite from the drudgery of factory work.

But the new nuclear family was modelled on the ruling class family, with a separation between work and the home.

This is where the traditional gender roles of male breadwinners and female caregivers comes from—and also underlies women’s oppression today.

Caring for children was pushed into the private home and became individual women’s responsibility—gender roles became stricter. Women were denied any sexual autonomy.

Even the factory legislation of the 1890s that officially stopped women working down mines and child labour were partly driven by Victorian fear of sexual promiscuity.

The Sadler Report of 1832 into child labour had slammed Northern mills as hotbeds of sexual promiscuity as women wore less clothes in the sweltering conditions.

This is also when the term “homosexual” first emerged and the first homophobic legislation was passed to defend the nuclear family.

The family has obviously changed since the 19th century and people have won greater sexual freedoms through struggles in the 1960s and 70s.

But so long as human beings remain alienated from their sexuality there won’t be genuine sexual liberation. We cannot predict precisely what sexuality or relationships would be like in a socialist society that doesn’t distort and repress people’s sexuality.

Sexual liberation will come as part of a society that allows for much more freedom and liberation in general. 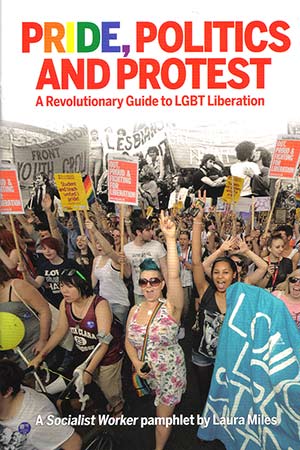