A Rebel’s Guide to Malcolm X, a new book by Antony Hamilton, looks at Malcolm’s life, legacy and the relevance of his ideas today.

Hamilton shows how Malcolm X was an implacable fighter against racism, who came to understand that racism is central to capitalism.

Throughout his life, Malcom experienced racism and police repression.

When his family home was firebombed in 1929 in a racist attack, police tried to pin the blame for it on his father Earl Little.

Malcolm reacted to racism by moving to the fringes of society, and was sent to prison for petty crime. In prison, family members visited and convinced him to join the Nation of Islam (NOI).

His personal experiences seemed to confirm the NOI’s ideas that black people must form a separate society free from white influence.

On leaving prison Malcolm quickly rose through the NOI’s ranks and was appointed a minister for its temple in Harlem.

Yet his analysis of society didn’t end with the doctrine of the NOI. NOI leader Elijah Mohammed was adamant that members should not be politically active. The Nation’s members were even instructed not to register to vote.

But Malcolm made many political interventions and the organisation grew hugely because of them.

He saw the growing Civil Rights movement as a force that could challenge racism, so he positioned himself and the NOI at its centre.

When NOI members stopped New York police from beating a black person in the street in 1957, they were beaten and arrested.

Malcolm organised a protest outside the police station. Action like this gained him, and the organisation, national prominence.

But over time this sort of organising brought him into conflict with some of the NOI’s leaders. This led to his expulsion, and later his assasination at the NOI’s hands in 1965.

Following his expulsion he embarked on a political journey. “I feel that what I’m thinking and saying is now for myself,” he said.

Malcolm travelled across Africa and the Middle East. He met figures such as Ghanaian leader Kwame Nkrumah and witnessed struggles against colonialism in places such as Algeria. 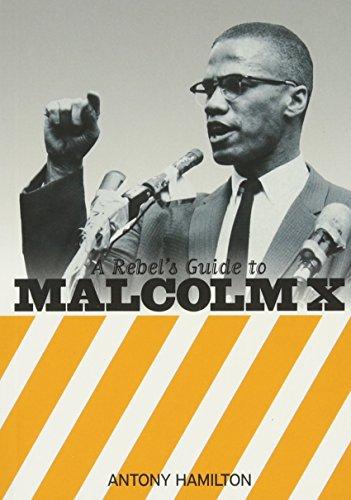 On a hajj pilgrimage to Mecca he met black and white Muslims.

The political arguments he had during this period transformed his understanding of how to fight racism. He came to see that black and white unity was necessary to defeat it.

The world we live in has been shaped by the US Civil Rights movement and Malcolm X’s life and work was central to these.

Towards the end of the 1960s black ghettos in Newark and Detroit rose up against racism and police violence.

Malcolm’s words are as relevant now as they were prophetic then.

He said, “I believe that there will be a clash between those who want freedom, justice and equality and those who want to continue the systems of exploitation.”

Socialist Worker spoke to Naima Omar and Nadia Sayed, two black revolutionaries in the Socialist Workers Party, about Malcolm X and the fight for socialism.

‘It made me proud to be a black Muslim revolutionary

Naima said, “The main thing I liked about the book was seeing Malcolm X evolve.

“It’s interesting how people have made a contrast between him Civil Rights leader Martin Luther King.

“In the end they were coming closer together with their different viewpoints. Mainstream interpretations of Malcolm X say he was moving to the right after rejecting black separatism.

“But the book shows he was moving to the left.

“Malcolm X’s uncompromising politics can also tell us about how to deal with reformism today.

“He understood that it is capitalism that causes racism and sexism.

“I wanted to know more after reading the book. Reading this book made me incredibly proud to be a black Muslim revolutionary.”

‘The book brings out his complexity and evolution’

Nadia said, “I had come across Malcolm X’s tragic childhood before and the racism he faced.

“But I had never been taught anything more than his involvement in the Nation of Islam.

“But he’s a far more complex character than mainstream accounts give him credit for.

“The book also touches on contemporary politics, and it would have been really interesting to see what Malcolm would have said about the way Muslims in Britain and the US are treated today.

“Muslims are constantly having to apologise whenever somebody who is Muslim does something bad.

“The Rebel’s Guide series are short books covering these huge historical figures but seem to pack so much in. For a book of this size, it does him justice.

“The series is good introductory material for radical figures. This book brings out a lot of his complexity and his evolution.”