Frantz Fanon was a giant of the fight against colonialism. Chris Newlove hails a revival of his ideas—and argues for taking them further, not letting academia tone them down

The ideas of Frantz Fanon are undergoing a revival around the world. The Black Lives Matter movement shared one of his quotes on social media, which was widely circulated, about how they “quite simply could not breathe”.

University students from South Africa and activists from the poor suburbs of France are reading and discussing his work. In Britain, Decolonising Our Minds student societies have held hundreds-strong meetings.

As with many radical figures there is a blunted version of Fanon taught in universities, particularly in postcolonial studies courses. But Fanon was also an inspiration to radical movements against racism and imperialism in the 1960s.

His ideas informed Huey P Newton and Bobby Seale, the founders of the revolutionary Black Panther Party in the US.

They can also offer lessons today for all who want to fight back.

Frantz Fanon was born in 1925 to a middle class family in Martinique, a Caribbean colony of France. His mother was a shop owner and his father was a civil servant.

Fanon joined the French army at a young age to fight fascism during the Second World War. He was awarded a medal for bravery but left the army disillusioned with the racism he found there.

He moved to France to become a dentist. There he became interested in philosophy. He attended lectures by Maurice Merleau-Ponty and read Jean-Paul Sartre’s work.

He also encountered the racism of French society. Police beat him up on anti-colonial demonstrations. While with his white partner he was even arrested on suspicion of “trafficking white women”.

Fanon would combine his interest in philosophy and his experiences of racism to write his book Black Skin, White Masks. Originally written and rejected as his medical dissertation, it sought to document the “lived experience of a black person”.

It drew on the theories of German philosopher Hegel, Sartre and the revolutionary Karl Marx.

Fanon argued that the concept of “blackness” was created by racism, itself a product of the economic motivations of slavery and of capitalism.

He wrote, “There is no Black mission, no white man’s burden”.

The book discusses the Negritude movement, particularly the poet and politician Aime Cesaire who had been Fanon’s teacher in Martinique.

This movement talked about taking pride in being black and in black culture. Cesaire talked of the need to “decolonise the mind”. It was a defiant response to systematic racism.

In colonised Martinique, a person’s skin colour was seen as a determining their chances in life. Fanon’s own first name Frantz had been chosen to emphasise white Austrian ancestry on his mother’s side. 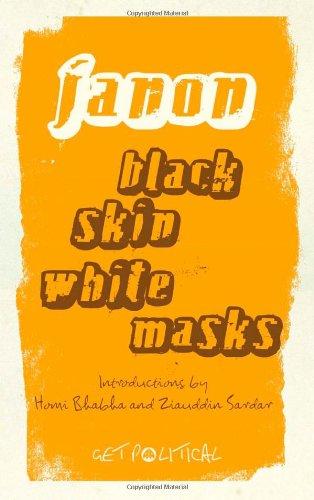 But Negritude could also sometimes reinforce stereotypes by trying to turn them into positives—such as seeing black people as closer to nature than whites.

Fanon saw this movement as a stage people had to go through. He said, “I need to lose myself completely in Negritude”.

But he ended Black Skin, White Masks arguing that pride in one’s culture is not enough—what is needed is active resistance to racism and imperialism.

Fanon spoke of the resistance to French colonisation in Vietnam. “The Vietnamese who die before the firing squads are not hoping that their sacrifice will bring about the reappearance of a past,” he wrote. “It is for the sake of the present and of the future that they are willing to die.”

The book calls for black people to be recognised as human beings—and for black and white unity.

Fanon qualified as a psychiatrist rather than a dentist and moved to a small town near Algiers, in Algeria.

It was there he would find the action he was calling for. Algeria was a society dramatically held back by colonialism.

France had violently annexed it in 1830. The occupation had wiped out almost half the population within just ten years. A thriving education system was destroyed and literacy rates plummeted.

Algeria wasn’t even considered to exist except as a region of France.

In 1954 a then-unknown group calling itself the National Liberation Front (FLN) began armed struggle for independence.

The FLN sought Fanon out and he quickly joined the group, secretly treating injured FLN fighters in his hospital. Eventually he quit his job to edit FLN newspaper El Moudjahid, written from newly independent Tunisia.

A soldier for Algerian independance in the FLN's armed wing (Pic: INSA)

Fanon went on to become ambassador for the FLN’s provisional government of Algeria and visited newly independent African states. He argued for an “African legion” challenging the leaders of independent states to put their pan-Africanism into practice.

During this period he was diagnosed with cancer. In his last months he dictated his last and most famous book The Wretched of the Earth.

It was a wide ranging attack on colonialism and an urgent call to arms. It is largely responsible for Fanon’s reputation as an advocate of violence—although part of this also comes from Sartre’s foreword.

He went further, arguing that armed struggle could change individual consciousness. He wrote, “Violence is a cleansing force. It frees the native from his inferiority complex and from his despair and inaction.”

Fanon was concerned that without real social and economic democracy, independence could end up replacing colonial exploitation with home-grown exploitation.

Much of this would prove prophetic. In dozens of newly independent countries around the world the poor remain exploited. And often it’s the same companies from the colonial era and sometimes even the old colonial governments still reaping the profits.

Algeria is no exception. After winning independence, the FLN became an authoritarian and repressive regime. It grew rich selling Algeria’s gas and oil to the West.

Fanon’s focus on armed struggle was an attempt to prevent this. He believed violence would help to stop the future leaders of an independent nation compromising with their former colonial rulers. 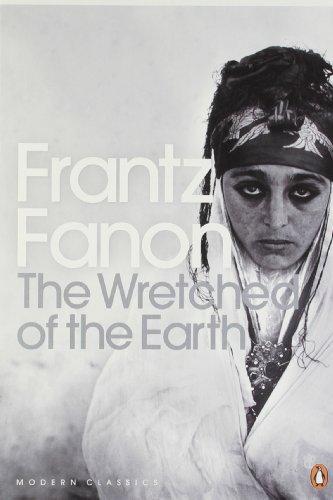 Fanon was right that any new society would be shaped by the struggle that created it. If it was to reflect ordinary people’s needs it would have to be something they had actively fought for, something handed down to them.

But violence as such doesn’t do this. The question is who does what—and that is a question of class.

Fanon’s views on class were informed by the 1949 Chinese revolution, the Vietnamese victory against France in 1954 and the 1959 Cuban revolution.

In leading capitalist countries such as France, Fanon agreed with Marx that the working class was the main agent of change because workers had nothing to lose. But in colonised countries workers often had higher living standards than the more numerous peasantry.

Fanon saw the working class there as a privileged layer tied to the colonial regime. He acknowledged workers’ power to shut down the economy. But he dismissed strikes as “letting off steam”.

Instead Fanon saw the poorest classes as the main agents of change—the peasantry in particular and the “lumpenproletariat” of slum dwellers and petty criminals. These urban poor he saw as both “spontaneously revolutionary” but potentially susceptible to supporting the regime.

Fanon was wrong to dismiss the working class. It played a major role in bringing down colonial and authoritarian regimes across Africa and the Middle East.

Strike waves were instrumental from the revolts in Egypt, Syria and Iraq in the 1950s to the fall of Apartheid in South Africa.

In Algeria itself the turning point was not a FLN military breakthrough but militant demonstrations of working class people in 1960. This was despite the FLN leaders trying to limit workers’ role by sending their workplace activists out to the countryside to join armed struggle.

Algeria was declared independent in 1962. Fanon never lived to see it—he died in 1961 from cancer. But he had lived up to a goal he had set for himself in Black Skin, White Masks.

As he’d written, “I undertake to face the possibility of annihilation in order that two or three truths may cast their eternal brilliance over the world.”