Front: the revolutionary Karl Marx, background: a barricade in the Paris Commune, 1871. The long exposure time of early photos accounts for the ghostly traces of people

When Karl Marx died in 1883 there were no more than 11 mourners at his funeral. But decades later in Moscow, author Gareth Stedman Jones remarks, worshippers held giant portraits of him much as their parents had hoisted icons of Christ.

In his austere new book Karl Marx—Greatness and illusion, Stedman Jones wants to rescue Marx from the myth-making of the 20th century.

The Marx of the Stalinist regime in Russia was a man with an iron will, a thinker of “merciless consistency”.

For Stedman Jones the real Marx was an anxious, sickly, flawed human being, who often changed his ideas and never even finished his masterpiece, Capital.

Marx was a great thinker who profoundly shaped the way people look at the world. He produced an enormous volume of writings on every conceivable aspect of society.

He was also, crucially, an active socialist who threw himself into the movement and struggles of the newly emerging working class of the 19th century.

The young Marx dreamt of becoming a poet. He first became involved in ­radical political activity when he became a student at Bonn University.

He had grown up among a relatively well-off family in the German Rhineland.

Germany at that time ­consisted of a patchwork of dictatorial rival princedoms. Despite this rule by reactionaries, intellectual debate ­flourished in the 1830s and 1840s, especially in the universities.

Stedman Jones focuses on Marx’s Jewish background but tracks a range of ideas around the young Marx. A new generation was grappling with a society caught between the old feudal order and the beginnings of the development of industrial capitalism.

Marx threw himself into this intellectual debate and became an enthusiastic advocate of democracy. At the age of 24 he became editor of a new liberal paper, the Rheinische Zeitung.

The authorities banned the paper and Marx was forced into exile in Paris in 1843. 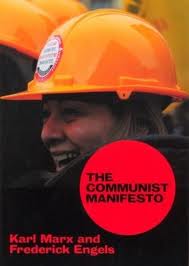 In France Marx first came across the organised working class movement, and began his lifelong collaboration with Frederick Engels.

Together Marx and Engels, building on ideas that stemmed from the French Revolution, began to develop a new theory of society with working class struggle at its centre.

Stedman Jones praises Marx’s diagnosis of the “incessantly restless and unfinished character of modern ­capitalism”. But this is only one aspect of Marx’s ideas, and far from the most important.

He has little time for Marx’s calls for world revolution.

Marx and Engels’ Communist Manifesto became the most influential political pamphlet ever written. Its power lies in the way it provides an overall view of history and capitalist development.

This is the part Stedman Jones agrees with. He writes of capitalism’s “inherent tendency to invent new needs and the means to satisfy them, its subversion of all inherited cultural practices and beliefs, its disregard of all boundaries, whether sacred or secular, its destabilisation of every hallowed hierarchy, whether of ruler and ruled, man and woman or parent and child, its turning of everything into an object for sale.”

The Manifesto also provides a clear, concise case for revolutionary socialism. It explains how the struggle between classes is the driving force of history, not ideas or the actions of great men.

The pamphlet was ­written at a time when industrial capitalism was confined to a small area of the world.

At the time the ­working class was only a tiny minority of the world’s population. Yet Marx and Engels saw how capitalism created a force that could become its “grave diggers”.

These are the parts Stedman Jones disagrees with.

It is usual to ignore or dismiss the revolutionary ­content of Marx’s work. Stedman Jones instead argues that Marx’s politics were already “outdated and unacceptable” for his contemporaries.

Yet Marx’s ideas were shaped by revolutionary struggles that were making history—from uprisings across Europe in 1848 to the 1871 Paris Commune (see below).

After the defeat of the Commune, Marx, plagued by ill health, withdrew from active political life. But right up until his death in 1883, Marx continued to work on Capital and to argue for the ­self-emancipation of the working class.

Stedman Jones’ academic view of Marx mirrors the unmourned Stalinism he is taking on.

For the rulers of the old Communist bloc Marx’s works became sacred texts, an ­argument proven if a Marx quote is attached. For Stedman Jones, finding a text that shows Marx didn’t agree with what Stedman Jones says Marxism is, becomes a similarly killer argument.

So the book ­culminates with an ­interesting ­discussion of Marx’s later views of village ­communes. Marx wrote a ­letter to revolutionaries in Russia about how elements of these old structures might prefigure future socialist societies.

For Stedman Jones the most important thing is to show that the Russians forgot about this, probably deliberately, and mistakenly went on to organise in cities. This ignores that Marx was arguing that a socialist revolution was needed before capitalism destroyed the village commune.

For Stedman Jones any vision of a post-capitalist society is illusionary. So if you want to rescue his version of Marx from Marxism altogether you have to rescue Marx from Marx.

Happily there is a villain available for the bad things Marx said. Like a butler in an Agatha Christie novel Frederick Engels is ever present and guilty.

The evidence is nothing new. Marx supposedly kept quiet on his dislike of Marxism because Engels had the money—and he never endorsed Engels’ works on socialism and evolutionary science. But neither did he ever dissociate himself from them.

Marx’s writings are not a dogma to be rigidly followed. But they are still the best ­starting point for anyone who wants to understand and challenge the capitalist system.

As the unfairly maligned Engels put it, “Marx was above all else a revolutionist. His real mission in life was to contribute, one way or another, to the overthrow of capitalist society.”

Booklets for those on the barricades

In 1848, the year the Communist Manifesto was published, a wave of revolutions against the ruling despotic monarchies swept across Europe.

The working class was on the streets and putting up barricades in cities across Europe.

Marx returned to Cologne in Germany to edit a radical newspaper. He took a role in the agitation and in the workers’ clubs which flourished in the revolutionary upsurge.

But the capitalist class feared the insurgent working class more than they hated the aristocracy. When they felt their property was threatened they retreated from their demands for reform rather than unleash workers’ revolt.

The movement was crushed in what Marx called the “cannibalism of counter-revolution”. 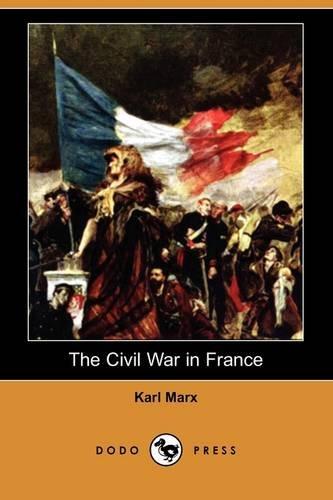 Following the defeat of the 1848 revolutions, Marx was once again hounded into exile. He spent the rest of his life in London.

The event which had the biggest impact on Marx was the Paris Commune of 1871.

Workers in Paris rose up, and for two months took control of the running of the city before being brutally crushed by the ruling class.

The Commune vindicated Marx’s belief in the ability of the working class to change the system and replace it with a more democratic way of running society.

Marx’s pamphlet about the Commune, The Civil War in France, contains brilliant description and important lessons on the nature of the state.

Marx grasped that the capitalists would use their control of the state to prevent the working class from destroying its power.

Marx wrote, “The working class cannot simply lay hold of the ready made state machinery and wield it for its own purposes.”

Stedman Jones sees The Civil War in France as a form of wish fulfilment for Marx.

He is keener to draw the lesson that the Communards weren’t workers at all.