The Irish government refuses to take tax off a giant corporation at the same time as imposing brutal austerity. This is an outrage—and it tells us a lot about how the system works, argues People Before Profit TD Richard Boyd-Barrett

The US computer firm Apple is at the centre of a storm over unpaid tax in Ireland. The European Union (EU) ruled that it owes £11 billion after paying a rate of just 0.005 percent or less in real tax.

The state has already spent about £840,000 defending the status quo in relation to this EU investigation. Now it plans to spend even more public money to try and ensure that we don’t get the £11 billion.

You couldn’t make it up. Ireland has an enormous crisis in public services and endemic low pay. You would think any government would jump at the chance for £11 billion.

The Apple tax is being described as a “windfall”. It’s not—this is tax that should’ve been paid. It should be recouped and used for our services.

To pursue that money would allow the government to lift the shocking burden of austerity that has been imposed.

People Before Profit activists are on the streets demanding the government pursues the £11 billion.

When they imposed water charges, property taxes and cutbacks politicians always said they had no choice because there was no money.

People are furious, particularly the poor and those suffering from the housing crisis or health service crisis, because that lie has been exposed.

There is money. It has been siphoned away by corporations with the government’s knowledge.

This scandal confirms what the left in Ireland has said for years and the government consistently denied. The biggest and most profitable US multinationals based in Ireland were

evading countless billions in tax with the collusion of the government and tax authorities.

Apple used the so-called “double Irish” tax structure to shift profits to imaginary headquarters in a tax haven even though it was incorporated in Ireland.

Using “double Irish” means firms can place their intellectual property in the tax haven and charge themselves royalties for using it.

It was a clear scam and now they’ve been caught out.

They consistently closed ranks to protect the multinationals.

In 2013 I put a motion to a special sub-committee on corporate tax. It called for Apple, Google, Facebook and others believed to use the double Irish tax scam to be brought in and interrogated.

Fine Gael, Fianna Fail, Labour and some right wing independents banded together to vote that down. They even voted to turn off the cameras so that the debate would not be seen by the public.

The government says there is no benefit in pursuing the £11 billion unpaid tax from Apple.

First it said the tax would have to go on the national debt. Even the EU said that’s not the case. Then Ireland’s minister for finance Michael Noonan said that to pursue the money, or to pursue the corporations generally to pay more tax, “would be like eating the seed potatoes”.

This unfortunate analogy summoned up images of the 1840s, when reliance on a single crop produced a blight—and triggered the Irish Famine.

Today the state puts all its eggs in the basket of foreign direct investment.

The row underlines how the state protects the minority’s wealth from the majority who produce it. Its whole apparatus acts to organise affairs in the interests of the capitalist class.

The impact of austerity in Ireland has been staggering.

But even before that the state effectively stopped building council housing and entirely privatised the housing market.

Some 250,000 privately owned homes lie empty, mainly in the hands of developers and vulture funds.

These vultures make a killing out of the crisis—and pay little or no tax under Ireland’s tax regime.

The government brought in property-based tax reliefs specifically directed at real estate investment trusts and vulture funds. They then bought up property held by banks after the crash.

The EU shouldn’t be given any credit. It has been forced to do something because there is widespread public anger over tax evasion by the biggest multinationals.

The EU is conscious that there is a growing awareness that corporate tax evasion has helped create spectacular inequality and global poverty.

So it feels like it has to do something. But this is also an example of the band of “hostile brothers” that Karl Marx described (see below).

Capitalists are fighting among themselves for foreign investment. They were angry that the “double Irish” tax scam had allowed Ireland to get a disproportionate amount of this investment.

The government’s plan to phase out the double Irish, while offering a tax break to firms that move their intellectual property to Ireland, has revealed the scale of wealth at play.

GDP spiked by 26 percent in a year, while capital stock including intellectual property jumped up by more than seven times the usual rate.

In the aftermath of the tax scam being exposed, there’s every likelihood that the next national demonstration against water charges on 17 September could be bigger.

It will only fuel people’s determination to defeat the water charges—and the cruel austerity that’s been imposed.

This is a milestone moment.

Governments across the world are colluding with corporations to rob people. It should steel our determination to resist a fundamentally rotten economic system that puts profit before everything else. 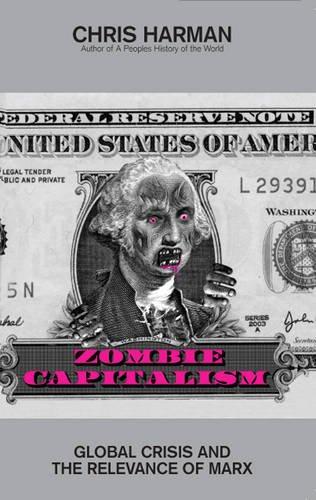 Big firms complain about being burdened with tax by governments. Governments talk about being forced to keep taxes low or globalised firms will go somewhere else.

But as the Apple case shows, states and bosses plot together. That’s because their interests are intertwined.

The state isn’t neutral. In a society based on exploitation, it sides with the exploiters to fund its own bureaucracy and apparatus.

Capitalists need the state too.

They rely on public services to keep workers healthy and educated—and a police force to keep them in line. They need publicly funded infrastructure such as roads and electricity.

This unity of interests is often expressed in close personal links between top business leaders and politicians or senior civil servants. Sometimes the same people move from one role to another.

But rows over tax highlight the ruling class’s disunity as much as their unity.

In his masterwork Capital, Karl Marx described “the antagonism between each individual capitalist’s interests and those of the capitalist class as a whole”.

Sometimes competition “effects an operating fraternity of the capitalist class… so that each shares in the common loot” squeezed out of workers.

But when there is a loss for the capitalist class to bear it can do the opposite. How much of the burden falls on any given boss or group of bosses “is decided by strength and cunning”.

Instead of a fraternity, competition “becomes a fight among hostile brothers.”

Marx was referring to economic crises, but the same tension applies to funding the state.

Capitalists need to pay for this, so they club together through tax. But they would rather leave each other to foot the bill, so they each try to wriggle out of it.

This competition also expresses itself on an international scale. Different states help different blocs of capitalists get the better of each other.

The row between the EU and Ireland is one level of this. At another level it means devastating wars.

Socialists campaign for making the rich pay their tax. But ultimately the only way to stop the systematic swindling is to overturn the swindlers’ society.