On its 60th anniversary, Tomáš Tengely-Evans looks at the Hungarian Revolution where workers and students battled for power—and shook a regime that claimed to represent them

Russian tanks roll into the capital Budapest to smash the uprising

Sixty years ago this week a revolution erupted in Hungary. It showed that workers have the power to take on the ruling class and run society.

Starting on the night of 23 October 1956 hundreds of thousands of people took to the streets, building barricades and fighting pitched battles against the secret police and Russian tanks.

Workers struck, seized control of their workplaces and set up workers’ councils as alternative organs of ­political power.

It began when a number of student groups called a demonstration in solidarity with Polish workers and students who were also fighting back.

No one thought it would end in revolution

A 17 year-old college student described their aims. “For weeks we had been talking about reforms—at first in education and then more and more political and economic,” she said. “No one thought it would end in revolution.”

But by Wednesday morning “an atmosphere of revolution reigned over the city”, according to a news report. “Tanks were rattling through the streets along with trucks with steel-helmeted soldiers.”

The previous evening, workers had begun to join the students. Thousands then marched on the giant Joseph Stalin monument—and tore down the symbol of their oppression.

One eyewitness told the Manchester Guardian newspaper, “With hammers, iron pipes and other tools, the crowd broke the monument in countless pieces.”

Another crowd of protesters marched on the radio station building wanting to have their demands broadcast. The AVH secret police thugs ­guarding the building fired a machine gun into the crowd.

The revolution had begun. Many of those students and workers were now fighting Russian tanks that had been mobilised in the early hours.

Sections of the Hungarian army and police broke with the regime and gave arms to the revolutionaries.

Workers set up councils in factories and districts to direct the revolution and take over the state’s functions.

A young worker from Budapest

A young worker who took part in the events commented, “It was the young workers who had made the revolution against Communism—the workers on whom the whole system was supposed to be based.”

Their rulers were quick to denounce them as “reactionary insurgents … deeply hostile to the cause of building socialism”. But Hungarian workers were fighting for a genuine socialism from below based on the ­working class running society.

During the revolution Free Radio Kossuth broadcast a show from deposed Communist leader Matyas Rakosi’s mansion. “There were two luxurious bathrooms fitted out with gymnastic equipment—and in case he lost too much weight—draws full of vitamin pills,” it mocked.

But the main problem wasn’t just a few corrupt party officials lining their own pockets. Russia and the Eastern Bloc weren’t socialist. They represented a form of “state capitalism” with the ­exploitation of workers at its core.

The ruling class—the bureaucracy—operated in much the same way as capitalist firms do.

The Russian Revolution of 1917, led by Vladimir Lenin and the Bolsheviks, was a genuine workers’ revolution.

For a brief time the working class seized political power and ran society through the “soviets” (workers’ councils). But socialist revolution didn’t spread successfully beyond Russia.

Counter-revolutionary attacks in the Russian Civil War devastated the working class, undermined the soviets and weakened the basis of socialism.

A group around Joseph Stalin began to increase their control and pushed the slogan of building “socialism in one country”. This bureaucracy developed its own set of class interests.

The revolutionary Karl Marx argued that capitalism was based around “production for production’s sake, accumulation for accumulation’s sake”. The same was true for the state capitalist regimes.

Within capitalism there are two divisions—between workers and capitalists and among capitalists themselves.

It’s this competition between capitalists that forces them to exploit workers and accumulate more and more capital. If they don’t, they’ll be driven out of business.

In Russia and Eastern Europe there wasn’t competition between rival capitalist firms. Instead, capitalist competition took place on an international level through imperialist and military competition.

This led to the brutal and repressive process of industrialisation inside Russia—and the same method was extended to Eastern Europe after the Second World War.

The Hungarian regime built up heavy industry at the expense of workers’ living standards. To facilitate this the AVH rounded up opponents.Communist Party members who objected were purged.

The regime boasted that industrial production had shot up by 210 percent between 1949 and 1953. In the same period workers’ living standards plummeted by 20 percent as they were forced to make “sacrifices” to build up “socialism”.

Rakosi’s regime was behaving just like a capitalist firm—responding to competition by squeezing workers.

But the state capitalist regimes were not the unshakeable monoliths as depicted by George Orwell in his book 1984.

Boom and slump and crisis were just as in-built into Russian and Hungarian state capitalism as in Western free market capitalism. From the beginning the bureaucracy had also faced workers’ resistance.

By the time of Stalin’s death in 1953, Russia and Eastern Europe’s ruling classes were facing a crisis. The brutal ­methods used for accumulation and building up heavy industry were running up against their limit.

This crisis split the bureaucracy. A “conservative” group feared losing its grip and wanted to maintain Stalin’s methods, while “reformers” wanted to ease repression and shift investment away from heavy industry.

This was a fight between two wings of the ruling class about how best to exploit ­workers and accumulate capital.

In Russia the “reformers”, under Nikita Khrushchev, eventually won the power struggle. The new Russian leadership made clear that Rakosi’s government had to change course and installed the “reformer” Imre Nagy as prime minister.

He plotted a “new course”, but his limited reforms were hampered by Rakosi’s ­supporters and he was ousted in 1955.

But Khrushchev toppled Rakosi, who was replaced by his henchman Erno Gero in 1956. The Russian leader’s “secret speech” to the Twentieth Congress of the Communist Party that year denounced Stalin’s methods and “cult of personality”.

This caused immense ideological confusion for Eastern Europe’s rulers, but it also opened up the possibility of people questioning society.

While workers had begun asserting their own demands on the factory floor, mass opposition had not spilled over yet. That all changed on 23 October.

As fighting erupted, the regime made concessions and a new government with Nagy as prime minister was announced.

But workers’ demands were now going further than what Nagy and the reformers could offer. Nagy had begun to regain some sort of control by 4 November, but Russia then sent in tanks again fearing the situation would spiral out of control.

They had cut a deal with Janos Kadar, one of Nagy’s allies, to bring in a new government. But while Kadar controlled the government buildings, real power lay in the hands of the workers’ councils.

This was a situation of “dual power”—but only one power, Kadar or the councils, could win.

The workers’ councils had begun to try and link up and create a central workers’ council in Budapest. This could have been the basis for a new workers’ regime, but no one had raised he slogan of “all power to the soviets”, unlike in Russia in 1917.

Some tried to negotiate with the Kadar government, which proceeded to pick off leading revolutionaries. Workers continued to fight back through December, but the regime slowly reasserted its control.

The revolution was crushed, but it had reasserted the idea that socialism either has to be based on workers’ liberating ­themselves, or it is not worthy of the name.

It also shattered the Communist Party’s ideological stranglehold and laid the basis for a new anti-Stalinist left.

The Hungarian revolution showed the potential power workers have. 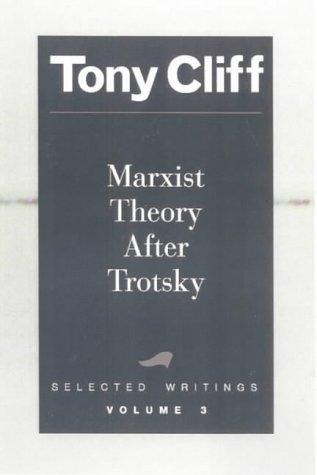 Tony Cliff's Marxist Theory After Trotsky, volume 3, includes his work State Capitalism in Russia for a more in depth explanation of the theory

Peter Binns' State Capitalism is a brief restatement of the theory from 1986. Available online bit.ly/2eq5alC

For more on how Russia transformed from a workers' state to a state capitalist regime, read Chris Harman's How the Revolution Was Lost. Online at the Marxist Internet Archive at bit.ly/2ednAIU

Peter Fryer, Hungarian Tragedy. Fryer was a jounalist sent by the Communist Party of Great Britain's Daily Worker newspaper to report on the Hungarian Revolution. He witnessed a genuine workers' revolution and broke with Stalinism. Second hand copies available from Bookmarks—the socialist bookshop

1956 and the rebirth of socialism from below by Chris Harman. Available online at the Marxist Internet Archive bit.ly/2dSUekW