A new biography of MP and campaigner Ellen Wilkinson documents her fight for radical change—and how a commitment to parliament scuppered it, writes Nick Clark

Ellen Wilkinson outside TUC Congress in 1926, and a mural commemorating the Jarrow Crusade she led in 1936 (Pic: TUC Library Collections, geograph.org.uk/Andrew Curtis)

Ellen Wilkinson was a Labour MP at a time when people in the Labour Party were proud to call themselves socialist.

She is best known as the MP who led the famous Jarrow Crusade against unemployment in 1936.

But in 1920, Wilkinson was also a founding member of the Communist Party of Great Britain.

And, according to a new biography of Wilkinson by historian Laura Beers, she was a “self-professed Marxist throughout her political career”.

It begins with Wilkinson’s early life, which she spent fighting for radical change in society.

As a teenager from a ­working class family in Manchester, Wilkinson attended meetings of the Independent Labour Party and other socialist societies.

She quickly became a dedicated activist, joining the Manchester Society for Women’s Suffrage at university.

Wilkinson’s activism landed her a job as an organiser for the National Union of Women’s Suffrage Societies. She later worked for the AUCE ­shopworkers’ union, recruiting women workers.

During the First World War, Wilkinson helped to organise strikes among rank and file workers despite the reluctance of some trade union leaders.

The leaders of her own union tried to sack her after she helped to organise a print workers’ strike in 1918.

At around the same time she joined a group of “Guild Socialists” called the National Guilds League. The group envisaged a world in which workers ran their own workplaces through workers’ guilds.

Everything would be produced for the common good, not for profit, creating a radically different society.

Wilkinson was inspired by the guild socialists’ promise of a new world that “sought to address many of the injustices of modern capitalist society”. This was at a time when unrest was sweeping across Britain and Europe.

Wilkinson was a trade union organiser during a period of mass strikes and rocketing trade union membership.

Unfortunately Beers gives little sense of the turmoil in British society that accompanied Wilkinson’s radicalisation. There’s even less on the revolt against the war that had spread across Europe.

Revolutions in Russia and Germany put an end to the First World War. The Russian Revolution in 1917 inspired workers in Britain to fight back.

But Beers’ attitude towards the revolution is somewhat cool to say the least.

She seems unconvinced that the revolution was genuinely a revolt from below. And she trots out the familiar and false slur that after the revolution, “the brutality and centralisation of Marxism in power revealed itself”.

Yet she does acknowledge that the revolution radicalised swathes of people—including Wilkinson.

The trip convinced her to join the founding conference of the Communist Party of Great Britain. She also travelled to Russia for a congress of the revolutionary Third International.

Wilkinson was impressed by the gains made by women during the revolution such as legalised abortion and equal pay.

She was also enthusiastic about the congress’s focus on action and “struggle in the immediate future”.

And she seemed committed to the idea that the revolution had to spread to other countries.

Yet Beers seems to think that Wilkinson never really believed in the need for a revolution at all. She insists that Wilkinson “certainly did not envisage a bloody battle between workers and capital in the cities and factories of Britain, nor would she have wished for one”.

It’s true that by 1924 Wilkinson had left the Communists—or “distanced herself from Communist extremism” as Beers has it—to become a Labour MP.

This was partly because she had become disillusioned with the Communist Party and the Third International. Stalinism in Russia was just emerging, and the International would soon become a tool for Stalin’s foreign policy.

But there was a bigger factor. Wilkinson hadn’t left the Labour Party but it was becoming more and more difficult to be a member of both Labour and the Communists.

Labour was being attacked in the press for being linked to Communists—and a witch hunt against Communists in Labour was just around the corner.

If Wilkinson wanted to become a Labour MP, Beers explained, she would have to leave the Communist Party.

As a Communist, Wilkinson had decided that “even allegedly liberal parliamentarians could not be trusted to transform society”.

But she still believed that “what was needed was an influx of Communist politicians committed to the overthrow of the existing order”.

In other words, she still saw getting elected to parliament as the way to get rid of capitalism. So when faced with a choice—stay with the Communists and remain an activist, or stick with Labour to become an MP—she chose Labour.

Wilkinson stayed on the side of workers fighting back. She railed against the poverty in her new constituency of Middlesbrough East.

Being an MP didn’t stop her from criticising the leaders of the TUC for selling out the General Strike of 1926.

And as MP for Jarrow in 1936 she helped to organise the march to London against unemployment—although this was one of the least radical “hunger marches” of the 1930s. 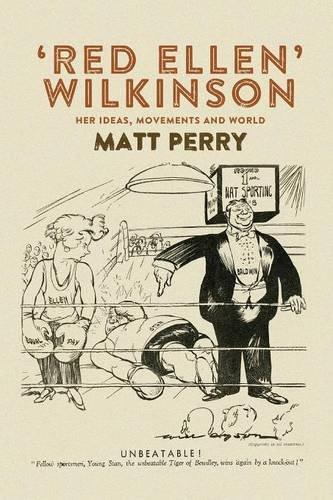 As Wilkinson’s parliamentary career went on she began to move further away from revolutionary politics.

Instead, she “came to believe that the revolution could be achieved at the ballot box, if only the workers could be educated for socialism”.

This led her to take some surprising positions. An early sign came at the Labour women’s conference in 1928.

Wilkinson sided with the party’s leadership against a proposal that Labour should promise to give working class women state-sponsored access to information on contraception.

Until then she had been “an outspoken supporter of improving access to contraception”.

There was a reason for this. Having been elected Labour MP, Wilkinson’s next step was to gain more influence at the top of the party. 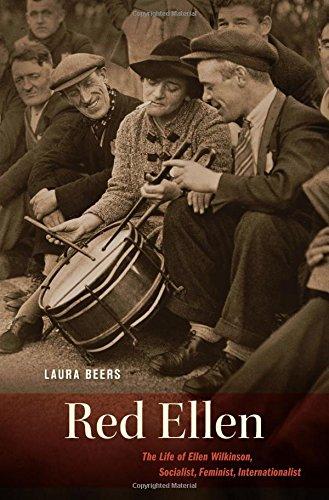 Labour’s leadership was worried that support for greater access to contraception would cost the party votes. So Wilkinson dropped the issue.

“Ellen did not always put her career before principle,” Beers explains apologetically. “But here was her chance to move from the radical fringe to the centre of the party.”

But it was as a minister in Tory Winston Churchill’s wartime government that Wilkinson moved furthest to the right.

In 1941 she travelled to Tyneside to try and end a dockworkers’ strike, telling the strikers, “If you want to fight, fight Hitler.”

In the same year she supported the government’s ban on the Communist newspaper the Daily Worker.

After nearly twenty years focusing on parliament, Wilkinson had changed quite drastically from the trade union militant and revolutionary socialist she had been when she started her career.

Beers writes that Wilkinson “will go down in history as one of the more left-wing MPs to serve in government”. She’s not wrong.

But it’s also true that Wilkinson was willing to side with the right if it meant ­staying in parliament.

For Beers, this is a story of a “political pragmatist” who learned how to temper her radicalism.

Yet it’s also a tale of how looking to parliament forced Wilkinson to compromise—and led her away from the radical change that she set out to win in the first place.

Red Ellen by Laura Beers is out now