Journalist and author Gary Younge spoke to Socialist Worker about racism, class, violence and the turmoil in US society—and what the election campaign means

Gary Younge, author of Another Day in the Death of America (Pic: Prague Writers' Festival)

The US elections have exposed a society in crisis. At the heart of that crisis are two burning issues—racism and inequality.

So a recent book, Another Day in the Death of America by journalist and author Gary Younge, couldn’t be timelier. It examines race and class in the US—taking as its starting point the deaths of ten young people on a single day in 2013.

Each death was a tragedy, but they all pointed to a wider tragedy—that this was a normal day.

None of the deaths were deemed significant by the police, nor newsworthy by the media.

“If you look at the way the police deal with the deaths in the book—they don’t deal with them,” Younge told Socialist Worker.

“If you look at how the media deals with these deaths—they don’t report them. Evidently black lives don’t matter that much.”

Younge’s book paints a complex picture of racism as part of the system as a whole.

“America was a slave state for 200 years, an apartheid state for a hundred years and a formally non-segregated state for the last 50 years,” Younge points out.

Figures from the Bureau of Justice Statistics show that black people are disproportionately likely to be the victims of violent crime. Younge links demands of the Black Lives Matter (BLM) movement with demands for wider social change.

One of the troubles that the gun control movement has is that people look at communities where it’s a problem as totally separate, as if the people who live there aren’t even proper people or even human.

One response to the high number of shooting deaths in the US has been a campaign for gun controls—which Younge supports.

But he adds that gun controls alone won’t address the problems with the system.

“One of the reasons for writing the book is that it’s not just guns that are the problem,” he explains.

“The solutions put forward by the gun control lobby such as background checks would save lives, but not as many as if you addressed social problems.”

He points out that socialised medicine for mental health patients would save more lives than gun controls. So would investment in inner cities, youth services and public schools.

Younge adds, “One of the troubles that the gun control movement has is that people look at communities where it’s a problem as totally separate, as if the people who live there aren’t even proper people or even human.”

Organisations and social movements such as BLM have begun to challenge the problems at the heart of the system.

The BLM movement, Younge argues, “is a reinvigoration and reconstitution of groups who were doing things anyway.”

He points to Charlotte, North Carolina, which was rocked by protests in September after police killed Keith Lamont Scott.

Backtrack to 23 November 2013 and Stanley Taylor was killed by gunfire in the town.

“There’s a guy called Mario Black who’s a primary school teacher who went to school with Stanley’s mum,” said Younge. "He was one of the people who were there organising because he had those connections.

“It’s just that we’re not really watching and the time when we hear about BLM is usually when we see a video of a cop shooting someone in broad daylight.”

The BLM movement is uneven and its politics are contested. When its national leaders met Hillary Clinton last month, some endorsed her campaign and some didn’t.

DeRay Mckesson, one of the movement’s figureheads, refused to endorse Clinton, but said he would be voting for her personally.

“He represents himself,” Younge told Socialist Worker. “There isn’t really much in the way of formal organisation so you get individuals doing what they do.

Speaking before the election, Younge said the choice between Clinton and Trump in the election had been a poor one.

“You’ve got a woman who called black people ‘super-predators’ and who is continuing the legacy of her husband, part of which was to massively increase the jail population of African-American bodies.

“On the other hand you’ve got this thug Donald Trump. People are terrified of what his election might mean.”

But hope was alive in the primary stages when the campaign behind Bernie Sanders pointed towards a different kind of politics.

“A man who called himself a democratic socialist mounted a serious challenge to a very well-funded and well-connected presumptive nominee.”

Since trying to corral the movement behind him into the Democratic Party, Sanders has also begun a campaign group called Our Revolution.

“The people that I’ve spoken to who supported Bernie are still very active doing local things or are involved in Our Revolution,” said Younge.

He pointed out that this development is different from the support for Barack Obama in 2008 because this time their candidate didn’t win.

“When Obama won, people thought, ‘We’ve won’. Well, you didn’t win, Obama won. If you want to win, you’ve got to stay out there in the struggle.

“Sadly, those people have very little tradition of engagement with the African American movement. Bernie Sanders did not manage to galvanise this group.”

“The movement behind Bernie Sanders and Black Lives Matter kind of took place without reference to each other,” says Younge.

“That’s not necessary but making those connections takes work and we’re going to see if the organisations and individuals are capable of doing that work.

“It becomes very difficult to organise people when they think that, not only could this never happen to me but also that these people are nothing like me and are different to me.” 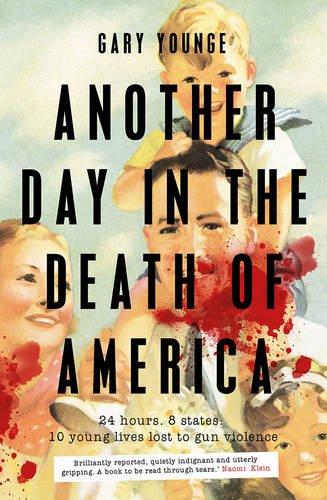 Younge wasn’t enthusiastic about backing Clinton in the US election—but said it was the right thing to do. “She’s more hawkish on foreign policy and more centrist on domestic policy than Obama,” he said.

But, he argued, “Trump is of a different order altogether from either Romney or McCain or even Bush.”

“I would vote for Hillary in the same way that I would vote for Chirac in 2002 against Jean Marie Le Pen. If your house is on fire then you don’t look to see if it’s dirty water that you’re putting the fire out with.”

Trump’s continuing popularity has been, in part, a reaction to the bankruptcy of the US political establishment.

This is typified by Hillary Clinton and the “hollowing out of the two party system in America,” according to Younge.

He said that this is a result of “the neoliberal restructuring of Western societies since the end of the Second World War. It also shows the limits of democracy within the nation state.

“If you look at Britain, there’s been a general decline in voter turnout and a shrinking in the number of people voting for the two main parties. That’s a broad trend across western Europe.

“It’s also true in a slightly different way in America because American parties can contain more fractious elements than parties in Europe can.

“Because of the money involved and the size of America it’s much more difficult for third parties to become involved. You’re left with these two parties and if you don’t like them you don’t show up.”

Comparing the movements behind Bernie Sanders and Jeremy Corbyn, Younge said, “It took everybody by surprise, including Sanders and Corbyn. It has that kind of insurgent feel about it.

“It’s not a problem for me that this new layer in Britain are in the Labour Party.

“Maybe there’s a contradiction of them being in the Labour Party that then shows itself to not be fit for purpose.

“Ultimately, the aim is not to change the Labour Party but to change society.

“Hopefully we’ll see the fruits of that sooner rather than later.”