Anne Alexander looks at Tickling Giants, a documentary film about Egyptian satirist Bassem Youssef who refused to be a mouthpiece for the counter-revolution, just one of many award-winning films at the Human Rights Watch Film Festival in London next month

Mocking their brutal and incompetent rulers has always been something of a national pastime for Egyptians. No sooner had moon-faced Hosni Mubarak stepped into Anwar Sadat’s smoking shoes (he was gunned down by a group of his own officers), than someone noticed his resemblance to the mascot of “Laughing Cow” cheese. The nickname stayed with him until the end.

Before 2011, Egyptians’ talents for political satire had to be practised behind closed doors, in the private spaces that the state and the boss couldn’t reach. Youssef’s show, “El Bernameg” lampooned the powerful on primetime TV, reaching audiences of up to 30 million viewers a week.

Tickling Giants gives us a fascinating behind-the-scenes view of Youssef’s rise and fall, from the “laundry room” in his Cairo flat where the YouTube series which launched his career began, to the gleaming set of El Bernameg’s studio in the Radio Cinema.

It is a powerful portrait of a man whose life was changed utterly by revolution. “I had never seen a protest before,” he confesses at the beginning of the film. And he refused to shut up when the counter-revolution came.

The contradictions of Youssef’s position as a satirist come out strongly in the film. His popularity grew astronomically in 2012 on the back of rising anger at Mohamed Morsi, the Muslim Brotherhood’s man in the presidential palace.

At first it seemed as if 2011 was repeating itself. Yousef’s relentless barrage of jokes at bumbling “SuperMorsi’s” expense found a ready echo on the growing protests.

In the film El Bernameg’s young team of researchers and writers celebrate Morsi’s downfall in the streets, but wonder who will come after. As the bodies of the dead pile up in Raba’a Square following the 2013 military coup, they begin to ask themselves if this is finally a situation which even Egyptians cannot turn into a sly political joke. 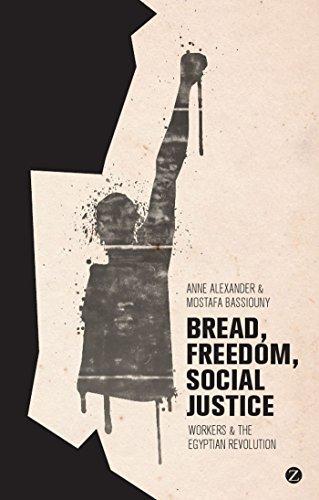 Youssef could have walked away then. Or even put his talents to the service of the military regime. To his credit he refused, and El Bernameg returned to the airwaves in October 2013.

He tells the film-makers, “I will not just be another mouthpiece for the government.” Retribution came swiftly—pro-regime demonstrations brandishing pictures of army chief el-Sisi, and chanting “execute Bassem”, harried audience members and staff at the studio door.

The TV company executives denounced the show, and when the third season aired, the signal was mysteriously jammed. Facing a potential jail sentence following a court victory for his former employers at CBC channel, who sued him for producing content which they declined to put on air, Youssef fled.

But he continues to speak out, and despite everything retains his humour and optimism. “Revolution is not an event,” he says, “it is a process.”

Tickling Giants will be shown on 11 and 12 March. Go to ff.hrw.org/london for more details of where and when, plus the full programme for the festival. Tickets on sale now