There is a constant battle for which ideas win out in society, argues Sadie Robinson. And when workers begin to fight back they turn all the normal ideas they’re fed upside down

Capitalism fails the vast ­majority of people. It is based on a tiny group of rich people exploiting and oppressing the rest of us.

Their system has condemned billions of people to poverty, racism, oppression and war across the globe. Here in Britain, the Tories have spent seven years attacking ordinary people with austerity.

Yet the Conservatives are riding high in the opinion polls. And most people, most of the time, accept the world as it is even if they might not like it very much.

This is why socialists, who want to see the end of capitalism, are often dismissed as being out of touch. It can seem that people’s ideas will never significantly change.

Yet ideas are changing all the time. When people fight back together it can transform their ideas and break down divisions.

In 1968 dockers in London marched in support of racist Tory MP Enoch Powell. Yet by 1977 they were marching to support largely Asian women strikers at the Grunwick firm.

Most people’s views of what women’s position in society should be, for instance, have shifted dramatically over the past few decades.

A third of people in 2012 thought a mother with a child under school age should stay at home, according to the British Social Attitudes (BSA) survey. But in 1989 the figure was nearly two thirds.

Ideas have changed about LGBT+ people too. Crude homophobia, like crude racism, has become less acceptable in Britain and many other countries.

Two years ago a referendum in Ireland brought in equal marriage. This was a huge shift in a country where homosexuality was decriminalised in 1993.

When there are big shifts in the way society is organised, or at times of crisis, ideas can change very quickly.

When the First World War began in 1914 there was a wave of patriotism and support for it. Within three years the Russian Revolution broke out, largely driven by a hatred of the war.

The ruling class view of the war as a glorious endeavour didn’t fit with people’s horrific experiences.

Yet while it’s true that ideas change, old ideas also persist. Racism may be different today compared to a century ago, but it hasn’t disappeared.

This is because ideas have a material basis—the way we organise to produce the things we need shapes them.

For instance, slavery and the birth of capitalism gave rise to racism. Slavery meant ­capitalists got cheap labour and made huge profits that drove the system forward. They developed racist ideas—that black people weren’t really human and so on—to justify slavery.

Racism wasn’t natural. On the contrary, it was promoted to try and undermine growing opposition to slavery.

Racial prejudice developed in response to the material conditions of society at the time and the needs of the ruling class.

The changing needs of ­capitalism has also encouraged shifts in attitudes towards women.

Workers, such as those at the Visteon factory, changed many of their ideas in the course of striking back.

During the First World War, women were increasingly required to work outside the home to support the war effort.

Politicians went from insisting that a woman’s place was in the home to celebrating their ­contribution outside it.

Once the war was over, sections of the ruling class wanted women to return to their previous positions. But many women had come to see themselves in a different light, and society was forced to change.

There are lots of different ideas in society. And those pushed by the powerful are regularly resisted.

The MPs’ expenses scandal showed how the ideas pushed by the ruling class can be turned on their head. The scandal tore apart the sanctimonious image of elected office presented by our rulers. By October 2012, just 26 percent of people thought MPs were principled.

It also matters that socialists organise together to challenge ruling class ideas and argue against the right wing.

But the revolutionaries Karl Marx and Frederick Engels described how the dominant ideas in a society are the ideas of the ruling class. Those at the top have the power to promote their ideas in the education and legal systems, the media, in politics, religion and so on.

Our rulers put a great deal of energy into promoting the false idea that capitalism is natural and has always existed.

As Marx and Engels put it, “Each new class which puts itself in the place of one ruling before it has to give its ideas the form of universality, and represent them as the only rational, universally valid ones.”

They have an interest in persuading people that other ways of organising society are impossible. And it suits them to claim things like racism, sexism, war and poverty are inevitable.

But it isn’t simply that those at the top convince people of these things. Workers’ position in society makes them susceptible to such ideas.

Workers make up a powerful class in capitalist societies. The system relies on their labour so that bosses can make profits. If workers withdraw it, they can stop production and the flow of profit.

But day to day, most workers do not feel powerful. They are central to production but they have no control over it. Workers don’t decide what is produced, how it’s produced or how much is made. All of these decisions are in the hands of a few bosses.

Marx described how workers’ ability to transform the world around them through labour is what makes them human. But under capitalism they aren’t in charge of their own labour, and so feel alienated from the whole process.

And as they are isolated from other workers, who they are encouraged to view as competitors, workers can feel weak and vulnerable.

In this position, it’s easy to see why workers can accept right wing ideas. It’s easier to blame a migrant for attacks on jobs when a collective response targeting the boss seems impossible. The idea that there’s no alternative to the world as it is seems to make sense if you don’t feel there is a force that can actually change it.

This is why socialists put so much stress on workers’ self-activity—strikes, protests, campaigns and so on. It isn’t just that these things can win real reforms. They also shake up people’s ideas about how the world works and their position within it.

In struggle, people can get a sense of their own power. In 2009, workers at Visteon car components plants occupied their factories in response to redundancies.

They eventually forced payouts from the firm’s owners Ford. But the experience of fighting back left workers with much more than that.

One told Socialist Worker, “This has changed me. Before I would have seen protesters at the G20 as people looking for a fight. But these are the people that have backed us up.”

From thinking that it’s impossible to beat the boss, someone who has been on strike and won something can start to see things very differently.

More recently, teaching assistants (TAs) in Durham have waged a courageous fight against a Labour council attempting to cut their pay by 24 percent.

Alison, a TA in Consett, told Socialist Worker, “I didn’t think in a million years that I’d be on a picket line or demonstrating.

“But I couldn’t believe that a Labour council, that’s supposed to be fighting for the people, was doing this and claiming that it’s about equality and fairness.”

Every struggle has the potential to shift ideas. The most dramatic transformations come in revolutionary situations. This is when so many usually dominant ideas make the least sense.

saw workers, soldiers and peasants unite against the Tsar—and Jews such as Leon Trotsky headed up the revolt.

The revolution weakened the hold of religion on people. Sexist ideas were undermined as women led the revolution.

Of course, most of the time huge struggles aren’t taking place. Most people have what the Italian Marxist Antonio Gramsci called “contradictory consciousness”.

They are influenced by ideas pushed by the ruling class and their own experience.

Many people will go along with some right wing ideas while rejecting others, and the balance can change depending on the wider context.

So someone may think that competition improves services but also hate the fact that privatisation makes their journey to work a misery. Someone may support the NHS but hold racist ideas.

It’s because people have a mix of ideas that ideas can change so quickly at times of high struggle. And because this struggle is built into capitalism, ideas will never be static. 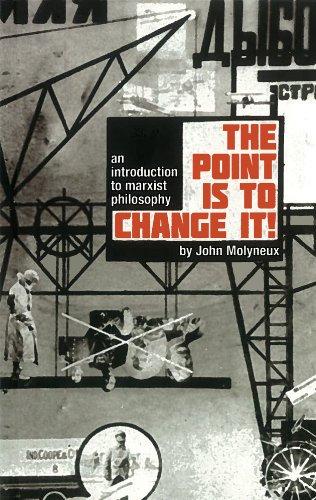