Women were at the forefront of the Russian Revolution

As the centenary of the Russian Revolution progresses, shelves in bookshops are beginning to groan under the weight of books about 1917.

Some of these are openly hostile to the revolution, arguing that Stalin’s dictatorship was inevitable and any attempt to build an alternative to capitalism is doomed to fail.

But Dave Sherry’s new book stands out because it is one of the few that is written by a revolutionary socialist.

It has the explicit aim of learning the lessons of 1917 for the fight for socialism today. As Dave writes, “It aims to show that what began in 1917 is unfinished business.”

It begins with the strike by women workers on International Women’s Day 1917 that started the revolution, leading to the fall of the Tsar a few days later.

Throughout the book there is a focus on the role of the workers “who, for a time, became the freest people in the whole world”.

Unlike those who see the events of 1917 as a coup, this book celebrates the central role of working people.

We see this in the account of the start of the revolution, as thousands of women march through the capital Petrograd, bringing the city to a halt.

As police blocked the bridges, women slid down the river banks and crossed the ice, then blocked the tram tracks encouraging tram drivers to join the strike. They even persuaded Cossack troops not to fire on the demonstrations.

The spontaneity of February led to workers creating organisations to drive the revolution forward.

Dave explains how the soviets had first appeared during the 1905 failed revolution. In 1917 they took root in factories and workplaces, towns and cities.

By May there were 300 soviets, 600 in August and by the October Revolution there were over 900. In them workers, soldiers and peasants discussed their revolution, organised themselves and their workplaces.

Dave writes “It remains the biggest social movement the world has ever seen.”

An important focus of this book is how the revolution was a festival of the oppressed.

Dave explores the way that women were at the heart of the events, and how they won rights to abortion and divorce that took decades to arrive elsewhere.

For the first time in 1917 homosexuality was decriminalised. Dave quotes a leading Russian psychiatrist saying, “Women in Soviet Russia may legally take men’s names and live as men”.

But all these gains were destroyed by the isolation of the revolution and the Stalinist counter-revolution.

At the heart of Dave’s book is a celebration of the revolution, but he puts it within the wider context of a world gripped by war and economic crisis.

The argument for socialism has never been so important. This wonderful book tells the history of 1917 in order for us to win in the 21st century.

As Dave writes, “Revolutions that are defeated are soon forgotten but not the Russian Revolution.

“No one can make sense of our world without understanding it.”

Russia 1917: Workers’ revolution and the Festival of the Oppressed by Dave Sherry. Available from Bookmarks Bookshop 020 7637 1848 bookmarksbookshop.co.uk 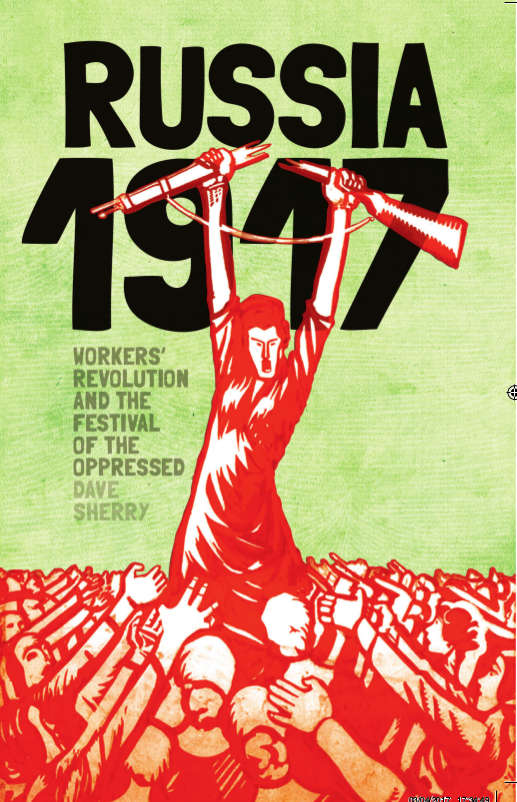