We are told regularly that, unlike dictatorships, ‘the people’ govern Britain. But, says Dave Sewell, it’s the unelected rich and powerful that really have their hands on the wheel

We’ve heard a lot of chest-beating about “our democracy” in the past week. But some of the most powerful figures and institutions in the country aren’t up for election—and never will be.

Those who really run society have massively concentrated power.

A core of just 147 firms control 40 percent of the wealth of over 43,000 multinational companies—and 737 control 80 percent of it. Bosses and directors in one firm also sit on the boards of many others.

There’s no such thing as national interest
Read More

We’ve seen glimpses of that power during the election campaign. The value of the pound hit a two-month low last Friday after opinion polls showed Labour closing in on Theresa May’s lead.

Some mysterious institution has decided it wants the Tories re-elected. This echoes the markets’ reaction to last year’s referendum.

There was no less wealth in the world after the result than before. But people had voted against the status quo, and were punished with a currency run that squeezed living standards.

“The pound” and “the markets” are described as if they’re forces of nature or moody gods whose wishes must be met to avoid ruin.

These economic forces reflect the decisions of immensely wealthy investment bankers who control much of the money supply. They are in turn part of a class of capitalists and billionaires who own most of the economy—and aren’t shy about throwing that weight around.

Bosses regularly try and hold workers and governments to ransom. Car manufacturer Nissan last year threatened to destroy tens of thousands of jobs if it didn’t get more government support.

Media mogul Rupert Murdoch effectively demands that all prime ministers and opposition leaders court him or face his wrath.

And the issue isn’t just the rich. Elected governments are only a small part of the mostly unelected state.

Top civil servants and judges are described as “independent”. What this really means is that they are unaccountable. Yet their decisions can have immense implications.

Judges can destroy people’s lives, from women denied the right to divorce to the thousands jailed for crimes of poverty.

And they have a veto on policies. For instance, there was a Supreme Court hearing last year on triggering Article 50 the Lisbon Treaty to leave the European Union (EU).

Civil service bosses have far more grasp of what goes on in government departments than ministers do.

Their influence makes them key targets for business lobbying. By offering to use their connections on corporations’ behalf they can then get well-paid lobbying “jobs” themselves.

Then there are the bodies that enforce the state’s power—and its monopoly on the use of violence.

Britain today has over 125,000 police officers and an army, navy and air force of 144,000 active personnel. There’s also a sprawling estate of prisons, a border force equipped to arrest, detain and deport people, and a network of private “security” contractors.

These are rigidly hierarchical bodies whose structure and leadership are left untouched by elections.

The big political parties grew up in this undemocratic system. Too often they are either part of the establishment or desperately trying to join it.

When the more sincere Labour politicians have sought to change things they have been horrified by the obstacles stacked against them. Some today use this as an excuse to stop fighting.

The Tories liquidated the Labour council at Derbyshire mining town Clay Cross after it refused to implement a rent hike in 1972.

Labour lost because the rest of the party deserted it—but its fate is now cited by every Labour councillor who willingly implements Tory cuts.

Labour MP Chris Mullin’s novel A Very British Coup condemned the ruling class opposition faced by Labour governments in the 1970s (see below). He drew the lesson that real change was impossible, and drifted from the left to the ranks of the Blairites.

But the tyranny of capitalism comes as less of a shock to workers. It is something most of us experience throughout our everyday lives.

We have to spend much of our time and most of our energy in workplaces run as dictatorships.

Our bosses decide what needs doing and who gets hired to do it—or fired. It’s no surprise to find that these people hold democracy in contempt, with no qualms about subverting it or crushing it.

But their power isn’t infinite. The likes of rail tycoon Richard Branson don’t drive a single train, check a single ticket or maintain a single length of track. That makes them dependent on the people who do. 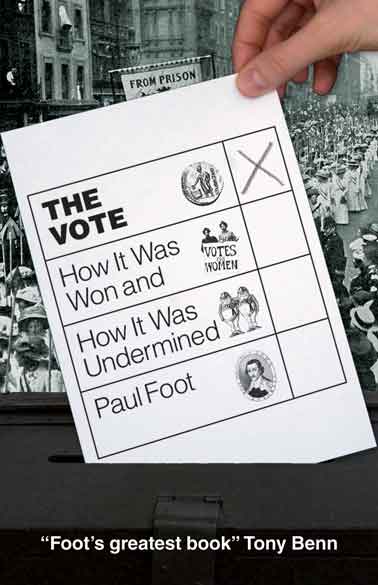 And when challenged, the phony “wealth creators” can be forced to make concessions to the real ones. This defiance can become a power in wider society too.

It has unwritten hated laws such as the Tories’ poll tax. Nearly two decades earlier, in 1972, the jailing of five pickets began to provoke protests. The government said its hands were tied by the law.

But after unofficial strikes spread like wildfire, it suddenly discovered a loophole to let them out.

The bosses often exaggerate their own power to try and deter resistance. Murdoch specialises in backing a winner then taking credit for it.

Factory owners talk as if they can pull out of a country at the drop of a hat. When their bluff is called, it’s not always so easy to relocate heavy machinery, a skilled workforce, an extensive supply chain and market access.

Bosses are nothing without workers—and ultimately nor is the state.

The past few years have seen strikes hit the makers of Trident nuclear weapons, the bases where they are deployed and the plants where tanks are maintained.

Building on workers’ strength to take control of society ourselves is the only way to win meaningful democracy.

That can only be done by taking on the unelected powers that really rule Britain.

Tories and right wing Labour politicians wallow in the rule of the rich. When Labour’s first cabinet was formed in 1924, its ministers rushed to ingratiate themselves with the establishment.

Secretary of state for war Stephen Walsh told the top brass, “I know my place. You have commanded armies in the field while I was nothing but a private in the ranks.”

Those who try and challenge some elements of the system are swiftly put back in their place.

The 1974 Labour government was brutally brought to heel by the powers that be. A miners’ strike had toppled the Tory government following a wave of workers’ struggle.

It took a left wing platform to get elected, earning leader Harold Wilson the hatred of the bosses.

He wrote in his diary that the boss of giant steel and engineering firm GKN, Sir Ray Brookes, threatened to “cancel all their investment plans in the next year” if he didn’t retreat.

Meanwhile the occupation of Northern Ireland was becoming a liability in the eyes even of many Tories. The security apparatus built up to enforce it grew paranoid about politicians going “soft”.

Spy Colin Wallace, who later turned whistleblower, worked on a project codenamed Clockwork Orange. Its purpose was to fabricate and spread smears against Labour politicians and liberal Tories.

MI5 assistant director Peter Wright later wrote in his memoir that spies “bugged and burgled their way across London” to undermine democracy. Colonel David Stirling, one of the founders of the SAS, set up a group called GB75 in preparation for seizing power.

As the 1970s went on, an investment strike and a run on sterling drove the government to go “cap in hand” to the International Monetary Fund.

It extorted devastating cuts, decimating Labour’s support and opening the door to 18 years of Tory rule.

If elected governments refuse to back down, those with real power will orchestrate coups to get rid of them.

That’s what happened to Salvador Allende’s left wing government in Chile in 1973.

In 2015 a senior general in Britain chillingly warned that a “mutiny” could stop Jeremy Corbyn ever taking office.

We can’t do deals with our rulers to challenge parts of their system. We have to overthrow the whole thing.