The Campaign against Climate Change solidarity protest outside the US embassy in London (Pic: Guy Smallman)

The US is to pull out of the Paris treaty on climate change, blowing a colossal hole in world governments' environmental strategy.

Donald Trump said on Thursday that the agreement would “undermine our economy, hamstring our workers, weaken our sovereignty and put us at a permanent disadvantage to the other countries of the world".

“It is time to exit Paris,” he announced.

The treaty commits to a goal of limiting global warming to 1.5 degrees Celsius—the level at which many island nations could sink under rising seas.

Trump's announcement gives a green light to every polluting boss and climate change denying politician. It weakens the position of all those seeking to improve environmental policies, and boosts those trying to trample them.

Climate change denial is also a totemic cause for the US right that Trump relies on for support.

Claire James from Campaign against Climate Change talked about the damage already being done by rising temperatures to the Great Barrier Reef and the Antarctic ice.

She said, “This is real, this is happening, but when Donald Trump’s advisers are asked whether he believes climate change is caused by humans they just say 'We will have to get back to you'.

"Theresa May has refused to criticise Trump and says it is up to the US if they want to pull out of the Paris agreement. We don’t agree.”

Trump's decision could have consequences around the world. One example is the fight over fracking in Britain.

Protesters rallied at Preston New Road in Lancashire on Wednesday as gas firm Cuadrilla prepares to install its drill.

The Tories have faced pressure over their fracking drive partly because it contradicts their Paris commitments. That legal argument now lies in tatters - though the substantive reasons for opposing fracking are as strong as ever.

But while Trump's announcement is a blow for the climate, the Paris treaty is not adequate to combat climate change.

Some of the world's biggest polluters spent the week urging Trump to stay in it. That's a reflection of how little it restricts their activities.

Many US liberals have argued against pulling out precisely because the Paris scheme doesn't restrict Trump's policies in the slightest.

It gives states targets for emissions cuts that are completely voluntary, and so weak that even if fulfilled they could mean four degrees of warming or more.

The only solution to runaway global warming is leaving fossil fuels in the ground. The agreement doesn't even mention them. Instead it relies on technologies that don't even exist.

So the row over Paris inside the ruling class—which has reportedly split the Trump administration down the middle—is about diplomacy, not the environment.

The treaty gives the organisations that are trashing the planet an alibi. 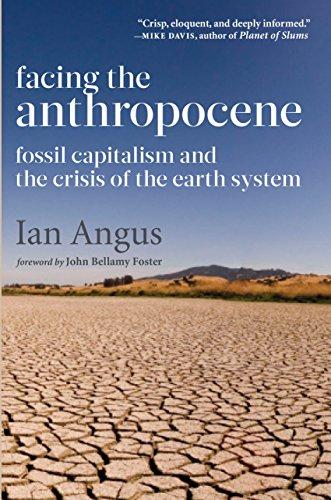 While it can be used to show up their hypocrisy, its main role is to get them off the hook. Dumping it exposes the collision course with catastrophe they have locked us into.

But the targets in the treaty mean bigger emissions cuts from countries like the US with the most responsibility for historic pollution.

That doesn't fit Trump's brash, nationalist claims to put "America First", or his hypocrital attempt to appeal to workers in the declining US coal industry.

As his announcement put it, “It is time to put Youngstown, Ohio, Detroit, Michigan, and Pittsburgh, Pennsylvania ahead of Paris, France."

In fact globaly workers and the poor will be hit hardest by climate change.

Trump's climate denying diplomacy is an attack on us all. The response must be a challenge to the planet-wrecking system behind both the Paris treaty's thuggish opponents and its lying signatories.

Thanks to Camilla Royle