The new TV adaptation of Margaret Atwood’s classic feminist text could be the best drama of the year, writes Sarah Bates

Many reviews have drawn links between the US today and the repressive Gilead society in the book.

Today, the threat to women is a real one. One of US president Donald Trump’s first acts was to stop funding abortion services at home and overseas.

But there’s also the wider policing of women’s bodies and sexuality.

In February this year a state legislator in Oklahoma said pregnant women are “hosts” and introduced a bill that meant women seeking an abortion would need written consent from the foetus’s father.

The Handmaid’s Tale is set in the near future society of Gilead, formerly North America. It’s a regressive religious state led by the Christian right, where historic buildings have been demolished and universities closed.

Society is divided into different groups, with women either being handmaids, cooks or wives. There are so few fertile women, they are captured and forced to live with no other purpose than to bear children.

In the highly repressive state there are spies everywhere and any transgression results in public execution or forced labour in the radioactive colonies. Handmaids live with a family and bear the husband’s children to be raised by his wife. 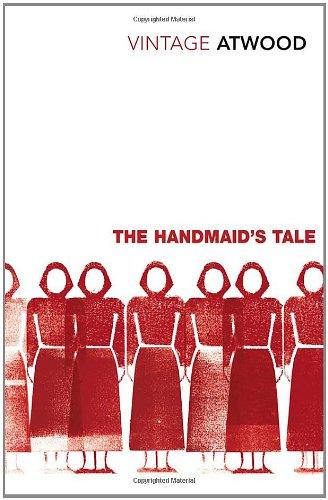 The slavery is so complete they are never alone, wear blood red gowns and are given a new name to reflect their “owners”.

There is little break in the tension.

Our protagonist Offred—brilliantly played by Elisabeth Moss—is trapped in her claustrophobic domestic prison and struggles to maintain her former identity and survive in a world fraught with danger.

One of the best aspects of the show is the handmaids’ everyday resistance, even simple acts such as learning each other’s real names.

They pass on information about other cities, share stories about their previous life and jokes about the families they are assigned to.

The Handmaid’s Tale is not only a study of women’s oppression—and a bleak warning—but a compelling and thoughtful drama. It skilfully maintains the sense of anguish and despair through each episode and shows great promise. It could be one of the best dramas of the year.

The Handmaid’s Tale is on Channel 4, Sundays at 9pm, and online at channel4.com