The Tories are the political party of the British ruling class. And partially it was Ireland that led to that dominance.

The Liberals were the dominant party of the British establishment until the 1870s. They held office between 1848 and 1874 with just two brief interruptions.

The chief weapon in the Tories’ hands was support for imperialism—particularly British rule in Ireland.

The Tories played on support for the union with Ireland, and for queen and empire, to build a popular base.

Ireland was Britain’s oldest colony. After it was fully conquered in the 17th century, the new English rulers sent Protestant colonists to impose their will on the native Catholic population.

This Protestant minority denied Catholics the right to own land or vote.

Britain prevented the economic development of much of Ireland. The country’s wealth was sucked straight into Britain.

During famine in the 1840s more than one million Irish people died while Britain continued to take their grain.

Britain ran Ireland on the basis of divide and rule.

Protestant landowners set up the Orange Order in 1795 to crush growing resistance, such as that of the United Irishmen.

The United Irishmen was Ireland’s first Republican organisation, and it was led by Protestant radicals.

The Orange Order aimed to be “a barrier to revolution and an obstacle to compromise”.

As the counter-revolution succeeded, so the Orange Order lost its purpose.

It was wound up in 1836 and lay dormant for nearly fifty years.

When it was revived again, in 1885, a new threat to British rule had emerged—the battle for Home Rule.

The notion of an independent Ireland horrified whole sections of the British landed aristocracy and the Tory party in particular.

Lord Randolph Churchill summed up the tactics of his class in Ireland with his famous decision to “play the Orange card”.

“Let us hope it turns out the ace and not the two,” he said.

In 1886 the Liberals broke apart over the issue.

A significant section led by Joseph Chamberlain saw any concessions in Ireland as undermining Britain’s empire. These Unionist Liberals backed the Tories.

The British ruling class could not extinguish the desire for Irish independence. In 1912 again the imperialists, landlords and capitalists played the Orange card.

The standard of Ulster was raised by Edward Carson who had made a name for himself as a lawyer in the persecution of Oscar Wilde.

Carson and the Tories started a furious campaign which lasted through 1912 until the outbreak of the First World War.

“I can imagine no length of resistance to which Ulster can go in which I would not be prepared to support them.”

These words soon turned into guns as Carson’s Ulster Volunteers were armed in huge numbers to fight against Home Rule. It was a sectarian private army with 100,000 members.

The British army was openly incited by the Tories to refuse to intervene. Fifty eight officers at Curragh in Ireland signed a statement effectively refusing to take up arms against the Ulster Volunteers.

They were supported by their general and chief of operations.

They were immediately promised by the Secretary of State for War that the government had “no intention to crush political opposition to the Home Rule Bill”.

The militant Republican organisation Sinn Fein swept the board in a general election held at the end of the First World War.

Anger against Britain had been fuelled by repression.

Britain was prepared to use all its might to counter this democratically elected parliament.

But by 1921 the British ruling class was forced to accept that it could not hold on to the whole of Ireland.

Its own weakness forced it to retreat—but by imposing partition it split the national movement and salvaged some of its status.

It wanted to hang on to the profitable industries in the Protestant stronghold in the north east, which was then a thriving industrial area.

So it partitioned off six counties of the north, creating an inbuilt Protestant majority.

Britain had key economic and military interests in Northern Ireland. Between 1870 and 1910 the labour force in shipbuilding grew five times and Belfast became a key provider of ships for the British Empire.

Around the shipbuilding industry there grew a major engineering industry that formed part of an industrial triangle linking Belfast to Manchester and Glasgow.

These direct interests of Britain ensured a close and friendly relationship with the Unionist Party.

Members of the Ulster Volunteer Force marching through Belfast in 1914

Northern Ireland was founded on repression and systematic discrimination against Catholics. Its first prime minister described it as “a Protestant state for Protestant people”.

The state was built around the exclusion of Catholics—in employment, housing, education and more—while Protestant businessmen got extra votes in local elections.

In order to deal with the disgruntled minority of Catholics internment was introduced regularly.

An auxiliary police force of B Specials was recruited from local Orange halls. A one party Unionist regime was established.

Both the Conservative and Labour governments turned a blind eye to the bigotry and discrimination which the Unionists imposed on Northern Ireland.

A convention developed in the House of Commons that Northern Ireland’s “internal affairs” were never discussed.

The Northern state was expected to generate a financial surplus and make a contribution to the empire.

But by 1938 the British government officially recognised that it would have to subsidise Northern Ireland.

As Eamonn McCann wrote in 1974, “By the end of the fifties the economic basis of partition was being eroded. The interests of the dominant classes, North and South, converged. And by the same token, the British interest in Ireland changed.

“The British interest now lay not in giving uncritical support to the Orange government in the North, but in balancing between the Orange and the Green, between North and South, between Protestant and Catholic capitalism in Ireland.”

The policy and strategy of the British ruling class has never been shaped simply by a reading of their profit and loss account. But it is affected by it.

Those shifts saw splits in Unionism in the 1960s as Britain’s backing became less certain.

Unionism has always operated on the possibility of London selling it out. It is one reason why even the most respectable of Unionist politicians have paramilitary links.

By the 1960s many Catholics were increasingly unwilling to accept their second-class status. 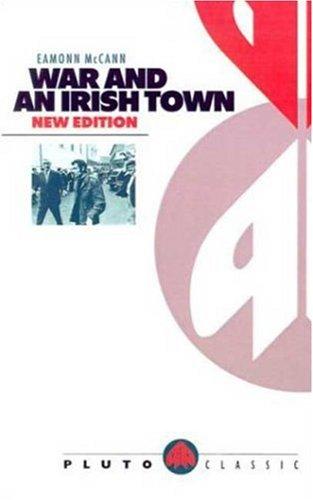 A peaceful civil rights movement grew. The violent response of the British-backed Northern Ireland state provoked a quarter of a century of open conflict.

The British state claimed it kept two warring sides apart. In fact it allowed or organised the murder of large numbers of mainly Catholics.

So they pushed Unionist politicians into accepting that peace talks had to take place. Today the peace process essentially polices people apart, and power sharing encases sectarianism. When they imagine the union to be under threat—which in their world view it always is—Unionists attempt to recreate Carson’s movement.

As one Unionist politician told Irish prime minister Albert Reynolds in the 1990s, “The traditional way to break out of the siege is to go out and murder some Catholics.”

Unionism is far weaker today, partly due to the changing needs of the ruling class.

It is the unwanted, disruptive child of the Tories. But the Tories are strong believers in family values and, however briefly, the Unionists are about to come to their aid yet again.