The Seasons in Quincy provides a fitting and poetic tribute to the committed humanity of late art writer and revolutionary John Berger, says Jeff Jackson

John Berger was a writer, painter and art critic but above all a revolutionary

John Berger was the most important writer on art in the last 60 years, as John Molyneux noted in his obituary for this paper. He was also an intransigent rebel and revolutionary Marxist.

A new film, The Seasons in Quincy, is comprised of four short films about his life. It is largely shot in his home for over 30 years in the peasant village of Quincy, France.

The film was made in the years before Berger’s death in January. His loss has turned it into a beautifully filmed and fittingly poetic eulogy to his life and work.

There is one remarkable scene in which Berger is participating in a panel discussion. On being asked a question he leans forward and grasps his head above his knees.

He sits palpably wracking his brain to deliver a thoughtful clear answer, not to his fellow panellists, but to the viewer.

It is typical Berger, a man of huge intellect searching for an erudite and clear explanation that seeks to explain rather than mystify.

Berger’s best known work is Ways of Seeing, which challenged and revolutionised how art was normally understood and presented. 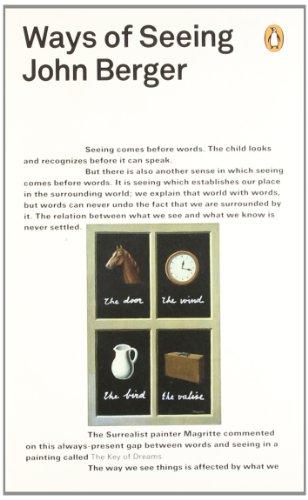 Running through his entire artistic output was the theme of democratising culture for the many.

However this did not mean Berger was some dry pedantic scholar.

He loved life and culture, and felt the pain of the poor and downtrodden. He had a compelling and empathetic love of humanity and refused to compromise on his revolutionary materialism.

This made him one of the most thoughtful, complex and sensitive human beings of the last 80 years.

One gets the sense from the films that over his lifetime John Berger had evolved into what the German Marxist writer Walter Benjamin labelled a storyteller.

There is a sense that he had joined the ranks of the teachers and sages. He had counsel—not for a few situations, as the proverb does, but for many, like the sage.

This film was not intended as a biographical work depicting his life and work and therefore should not be watched as such.

But many moments capture his essence. And for that it is a fitting tribute to the committed humanity of John Berger’s life.

The Seasons in Quincy—Four Portraits of John Berger. Distributed by Curzon Artificial Eye. At selected cinemas from 23 June. Go to seasonsinquincy.com