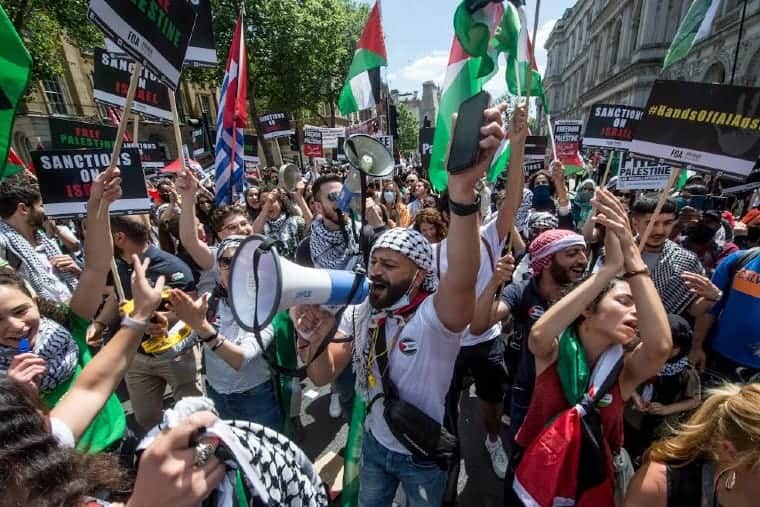 Ethnic cleansing. That’s what charity Amnesty International says Israel did to Palestinians when it was founded in 1948. For decades the only people who dared to say this were the Palestinians themselves and some sections of the left. No longer.
With the release of Amnesty’s report into Israeli apartheid last week, that fact—that Israel ethnically cleansed Palestinians—has entered the mainstream. With a new report last week, Amnesty became the latest major human rights organisation to accuse Israel of running a system of ­apartheid against Palestinians.
Amnesty finds that Israel’s control across all parts of Palestine amounts to a single regime expressly “designed to maintain an overwhelming Jewish majority” with a “maximum amount of territory” while marginalising Palestinians. But it’s the charge of ethnic ­cleansing that sets Amnesty’s report apart.
It much more explicitly traces the origins of Israel’s apartheid. “In the course of establishing Israel as a Jewish state in 1948, its ­leaders were responsible for the mass expulsion of hundreds of thousands of Palestinians and the destruction of hundreds of Palestinian villages in what amounted to ethnic cleansing,” says Amnesty.
Palestinians, whether inside or ­outside Israel’s official borders, “were perceived as a threat to establishing and maintaining a Jewish majority, and as a result were to be expelled, fragmented, segregated, controlled, dispossessed of their land and property and deprived of their economic and social rights.”
Out of this, Israel developed an array of policies, laws and repressive practices all designed to marginalise Palestinians. The report’s strength is that it not only describes these all in detail—but traces their development from 1948 to the present day.
It notes how every Israeli ­leading Israeli politician since 1948 has ­“publicly emphasized the overarching objective of maintaining Israel’s identity as a Jewish state, and stated their intention to minimize Palestinians’ access to and control of land.” Even more importantly, it says they are not “accidental repetitions of offences, but part of an ­institutionalised regime.” That goal is “reflected in the discourse of the state from its ­establishment and until this day.”
So, Amnesty says, almost all state institutions—civilian and military—“are involved in the enforcement of the system of apartheid against Palestinians.” But where does this leave Amnesty’s conclusion—that dismantling Israel’s apartheid system is “essential”?
Doing this, says Amnesty, means allowing Palestinians full equal rights, and the right of refugees to return to the land they were expelled from in 1948. Both of these cut against the very basis on which Israeli was founded and operates. Dismantling Israeli apartheid means dismantling the Israeli state. That’s one thing Amnesty’s report doesn’t say openly. But the argument it makes—and the evidence it has to back it up—point to nothing else.
Read the full report at – bit.ly/AmnestyIsrael

Many of the laws and tactics Israel uses to dispossess Palestinians today are direct continuations of the methods it used to drive them out back in 1948. And, as Amnesty says repeatedly, these are all based on “demographic questions”—designed to keep Palestinians in a minority.
For instance, “since its creation,” Amnesty says, “the Israeli state has enforced massive and cruel land seizures to dispossess and exclude Palestinians.”
“This policy has been continuously pursued in Israel since 1948 in areas of strategic importance.”
It adds that the Naqab desert, east Jerusalem, and settlements in the West Bank “are the ‘new frontiers of dispossession of Palestinians.” So, to take a current example, Israel justifies destroying Palestinian Bedouin villages in the Naqab desert by declaring the land there “state land.”
One chapter of the report shows how Israeli politicians and officials openly say this is because they see the Bedouin population as a threat to their demographic majority. The report also shows how Israel’s land laws are used to justify evicting Palestinians. These include the absentee property law of 1950.
This allows the state to seize the property of Palestinians who fled in 1948 and then allocate it for “advancing Jewish settlement in Jerusalem.” Even the system of military domination that Israel imposes on Palestinians in the West Bank began long before it invaded there in 1967.
The report reminds us that Israel placed its Palestinian citizens under military rule for the first 18 years of its existence.” This gave it “unrestricted powers to control the movement of Palestinian residents, confiscate their property, allow for the closure of entire villages as military zones, demolish their houses, and try them before military courts.” That’s strikingly similar to the occupation of the West Bank today.

A weapon in our armoury

Amnesty’s report ends with an appeal on the “international community”—governments—to act.
Its reliance on a legal definition of apartheid leads it to appeal to states to try politicians and officials in the International Criminal Court.
Yet, as it also points out, “for over seven decades, the international community has stood by as Israel has been given free rein to dispossess, segregate, control, oppress and dominate Palestinians.
Its demands—for states to stop arming Israel, to ban the sale of Israeli settlement goods, and for companies to “assess their activities in Israel” and “ensure that they do not contribute to or benefit from the system of apartheid”—are ones raised for decades by Palestinians and the solidarity movement. That makes the report a useful new weapon in the armoury for every activist.

A reflection of resistance

Part of what makes the report so remarkable is that Amnesty International is a mainstream body, sometimes quoted by the establishment. There’s a sense in the report that the movements of resistance from below are behind this shift.  The report opens with the historic general strike across Palestine on 18 May.
For Amnesty, the uprising and its trigger—Israel’s attempts to evict Palestinians in east Jerusalem—exposed the apartheid system. That’s not just because Israel’s forces “responded to the protests with the same excessive force they have been using to stifle Palestinian dissent for decades.”
It’s also because the resistance showed that Palestinians everywhere face the same apartheid regime.
Topics Apartheid, Israel, Palestine 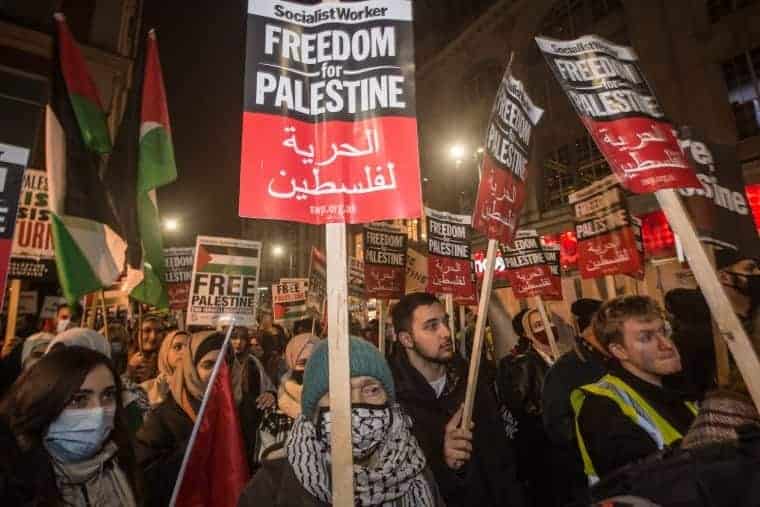 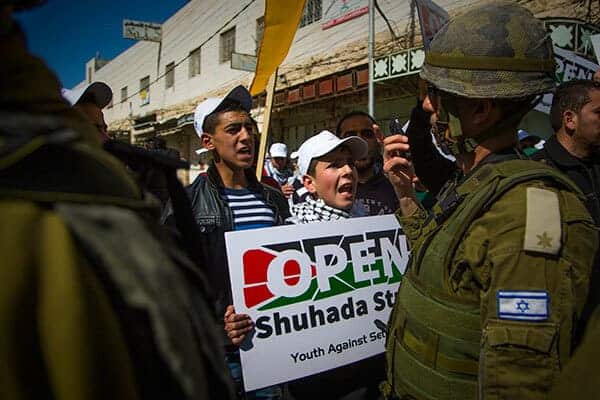