Parents in the US are struggling with formula shortages. Sarah Bates reports on the corporate dominance and the fragility of the baby formula industry
Downloading PDF. Please wait...
Saturday 04 June 2022

A mother bottle feeds her baby. Formula is hard to come by due to shortages (Picture: Nate Grigg)

Mary Summers from Columbus in Ohio spends about two hours every day scouring the shops looking for a tin of baby milk formula to feed her eight month old twins. “I’m losing sleep over it,” she said. “My twins are my third and my fourth, so I’ve been through ­parenthood for a while. But this is probably the most stressful thing I have ever gone through with any of my children, even during the start of the pandemic.”

Mary and her twins are just a few of the victims of the infant formula shortage that is devastating the lives of many millions of parents and children across the US. The formula shortage is unfolding on a massive scale, with any serious resolution months away. Some 70 percent of infant formula was out of stock in the third week of May, according to retail data provider, Datasembly.

Desperate to feed their children, parents are resorting to dangerous measures. Some are mixing up their own recipes using evaporated milk, and other parents are watering down the ­powdered formula to make it last longer.

Stocks are running low because Abbott—the biggest formula ­producer in the US—has temporarily shut down its largest factory in Sturgis, Michigan. It did this because four babies were recently hospitalised with a rare type of bacterial infection after drinking formula produced at that factory. Two of those babies died.

Investigators from the Food and Drug Administration (FDA) found a catalogue of errors at the plant, including lax safety and sanitary standards and bacterial contamination (see right). It’s having such a huge impact because just three companies—Abbott, Mead Johnson and Nestle—account for 89 percent of formula sales.

But it’s a crisis that has even longer roots. There were already some shortages before Abbott recalled its ­products and then shut the Michigan plant. These date all the way back to the onset of Covid, where parents grabbed extra cans of formula.

The “just in time” system used to ship products from factory floor to shop shelf couldn’t cope with the extra demand caused by panic buying in spring 2020. As parents worked their ways through their own stocks, it meant retail demand dipped, so manufacturers produced less.

For parents across the US, any relief is looks likely to be painstakingly slow. Abbott said it will reopen the factory but that it will take months for stock levels to be back to normal. And action from the government has been too little, too late.

Meanwhile, ordinary people are organising to help each other. Parents are shipping formula to each other, and community organisations are holding “formula drives” to hand out donations to queues of parents. And human milk banks are reporting record numbers of inquiries from women about how to donate breast milk.

The baby formula shortage may be a crisis, but it’s not an accident. It could only happen in a system where the most basic materials for human survival are left to the whims and wishes of the bosses.

Shortages hit working women the hardest of all

How babies eat is profoundly shaped by inequality. Poorer women are more likely to be forced back to work just weeks after giving birth, so often choose formula. And systematic racism means black women are less likely to be offered support to breastfeed. They are also less likely to access hospitals that prioritise it and less likely to be able to continue when they return to work.

Women on low incomes are eligible for the WIC programme, run by the Department of Agriculture. Parents get vouchers towards formula. But there’s a catch—they can only buy products made by a single firm—Abbott, Nestle or Mead Johnson—that their state has signed a contract with.

By locking in WIC recipients to using a particular brand, it makes it harder for poor women to find the right formula during shortages.

“I’ve searched high and low. I’ve probably looked at all of the stores in all of Eastern Idaho every day since the beginning of the month. It’s impossible to find anything right now,” said Jhoseline from Idaho Falls.

“The formula we can get through the programme has to be from a certain line, which made it even more difficult because the government doesn’t cover, like, organic ones. And of course those were the only ones that were left on the shelves.”

WIC benefits the formula bosses in a big way. “When a company controls the WIC programme, it controls the entire marketplace in that state,” said Steven Abrams, professor of paediatrics and nutrition science at the University of Texas.

It means supermarkets store these popular formulas more prominently, guaranteeing sales from all customers—not just those on WIC. “The formula is everywhere, which is why the companies basically give it away to the WIC programme, because the non-WIC is what makes the money,” said Abrams.

Failures at the Abbott factory

A whistleblower’s account has lifted the lid on the dangerous conditions at the Abbott Michigan factory. It was posted to the FDA in October, months before two babies died, yet the agency didn’t act.

It said ageing equipment, which bosses knew about for seven years, “caused product flowing through the pipes to pick up the bacteria that was trapped in the defective areas of the pipe”. And it claimed that bosses doctored records, didn’t train workers properly and hid health and safety risks from FDA inspectors in 2019.

The firm detected bacteria eight times between 2019 and 2021. In that period Abbott’s net profits soared by 94 percent, and it increased its dividends to shareholders by 25 percent.

“Abbott chose to prioritise shareholders by issuing billions of dollars in stock buybacks instead of making productive investments,” said Rakeen Mabud from think tank, Groundwork Collaborative. “These giant corporations need to be held to account for the vulnerabilities that they’ve created and the quality of the product that they put on the market,” she said.

The formula industry—worth a staggering £44 billion—has actively fought against more checks of their facilities. In 2014, the big three firms successfully lobbied against proposals from the FDA to inspect formula manufacturing plants more regularly.

The companies, through their corporate lobbying body, said the federal agency had overestimated the threat of bacteria infections. It’s a claim that could have cost children their lives. 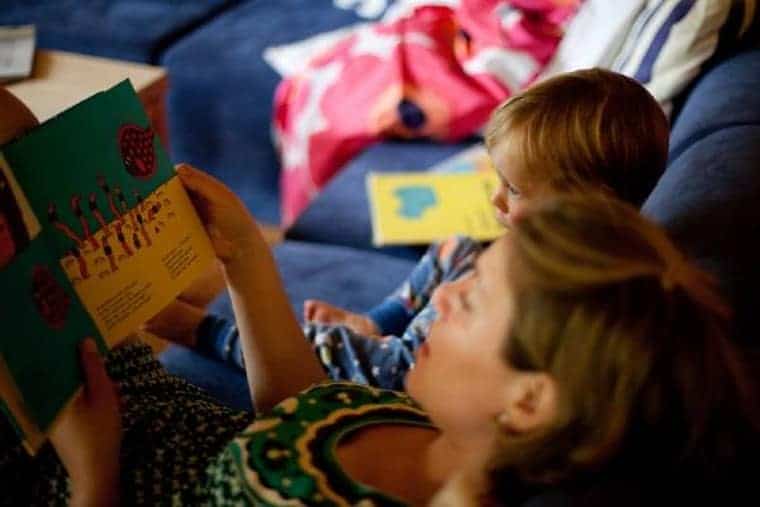