Deputy prime minister Nick Clegg was forced to commission a review into the effects of the bedroom tax barely six months after the government brought it in. Ministers will hope it pulls its punches. But for anyone who looks at the bedroom tax it’s impossible to avoid seeing a colossal failure to do anything but rob the poorest.

“Droves of poverty cases are coming to local housing offices,” according to Kim McLachlan, a Glasgow housing worker in the Unison union. “Staff are having to give away their own food from their lockers.” Kim was speaking at a meeting hosted by Glasgow trades council last week as it held its own hearing into the bedroom tax.

Speakers from the city’s many anti bedroom tax groups spoke of the devastating effects the policy has had. “People are scared of losing their homes,” said Jean Devlin of Castlemilk Campaign Against the Bedroom Tax. “People feel suicidal. I have a spare room—but where are my grandchildren supposed to sleep when they come? Are we going back to the days of single-ends when families only had one room?”

Where people have left their homes it has been difficult to fill them. This is because the bedroom tax puts larger homes out of the price range of most council and housing authority tenants (see below).

Still, landlords are using increasingly nasty scare tactics to get rid of tenants hit by the tax.

They have been sending letters threatening eviction—and in a number of cases referring to children’s services. And Knowsley Housing Trust says, “Should this eviction render you homeless you may be regarded to have caused the situation intentionally…we must make you aware that if there are children at your property, a referral has now been made to Children’s Social Care (Social Services) as the children at your property are now at risk of becoming homeless”.

Letters referring to eviction and children’s services provoked outrage in South Ayrshire. The council adopted a no-evictions policy in March. It remains difficult for landlords to act on these threats. The Govan Law Centre has produced a guide for tenants to help see through the legalese.

Scaring and hounding people until they move is cheaper and less risky than evicting them outright—something that would be impossible to do to tens of thousands of tenants. And it is creating a poisonous atmosphere on many estates.

“One woman with epilepsy was treated as if she was a fraudster,” said Ryan Boyle of Govan Anti Bedroom Tax. “For months and months her housing association told her she would have to pay. Then she was told she’d be evicted after Christmas.

“She eventually got help—but we need to get the bedroom tax abolished.”

Homes stand empty after tenants are forced out

Thousands of homes now stand empty as a result of the bedroom tax. Their number went up 24 percent in the three months since the bedroom tax was imposed, according to a survey by three major council and social landlord organisations.

But most tenants have stayed put—either out of determination, or because they have requested a transfer to a smaller property that doesn’t exist. There are only enough one bedroom flats for 4 percent hit by the bedroom tax.

The sticking plaster that is Discretionary Housing Payment (DHP) has only been awarded to 8 percent of people. And even these people can only access it for six months or less.

The rest often have little choice but to watch the arrears stack up. The 45 organisations covered in the landlords’ survey had an extra £17.5 million in unpaid rent in the first three months of the bedroom tax alone. That’s enough money to build 1,000 new homes.

Glasgow Labour councillor Matt Kerr spoke about housing associations “going to the wall” or planning mergers to cope with the shortfall. “The bedroom tax is not about rooms—it’s about driving people into the private sector,” he said.

Most councils and housing associations recognise the bedroom tax as an attack on them as well as on their tenants. But they say they have no choice but to hound people into paying to avoid the worst of the funding crisis.

But their attacks on their tenants play into the Tories’ hands. That’s why many local bedroom tax campaigns and the trade union branches that support them have pledged to block any evictions.

A series of challenges by tenants has shaken the bedroom tax, with one important victory in Fife. Most recently the government has had to stop demanding that disabled children share a room to avoid the tax.

It has sent an “urgent bulletin” to councils calling on them to inform it straight away about any tribunal decisions over the bedroom tax. This is so that it can appeal against them even when councils don’t.

The first battle Iain Duncan Smith lost over the bedroom tax was its name. He calls it a “spare room subsidy cut”. Duncan Smith even wrote to the BBC saying its use of the words bedroom tax was a “public disservice”. However outside the government, his line has not held.

High cost is no news to poorest

The prospect that the bedroom tax could end up costing the government more made the headlines last week. But it’s no news at all to those affected—who will face much higher rents if they are kicked out into the private sector. 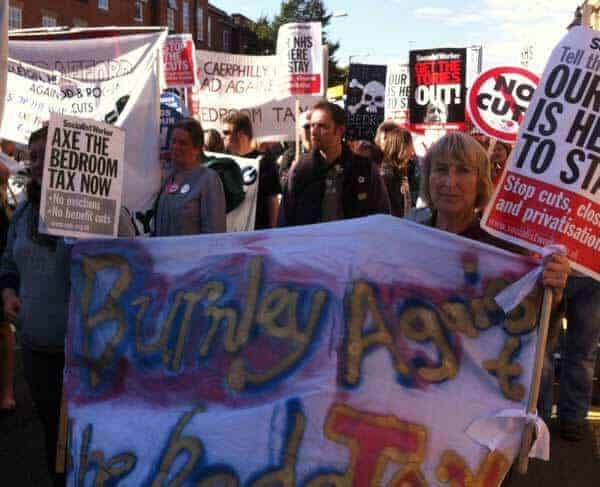 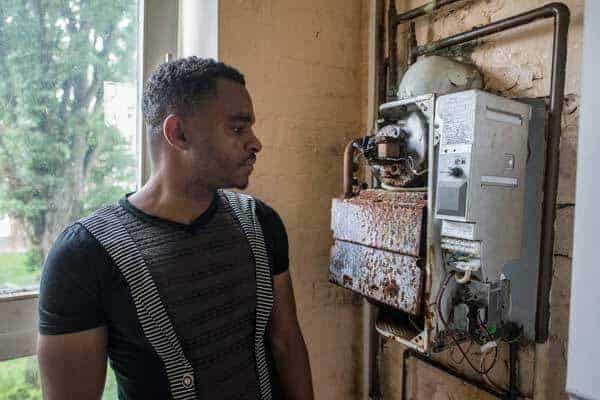