This article is over 1 years, 8 months old
JK Rowling’s new book has ignited fury because it’s about a male serial killer who dresses up in women’s clothing. Sophie Squire takes apart the myths that paint trans women as a threat
Downloading PDF. Please wait...
Sunday 20 September 2020

MYTH Trans women are a threat to non‑trans women in women-only spaces.

From toilets and prisons to domestic abuse refuges, right wingers—and some on the left who should know better—push the idea that trans women make women-only spaces unsafe.

They whipped up a moral panic about trans women being allowed such spaces in debates about changing the Gender Recognition Act.

But the Equality Act 2010 already gives trans people access, although with certain exemptions.

And there has not been an explosion of violence.

In 2018, 12 representatives from ­domestic and sexual violence bodies and support ­services took part in research for the LGBT+ organisation Stonewall. None had used the exemption under the Equality Act to exclude trans women.

The research did say “some participants said that the exemption should be kept as a safeguard”. 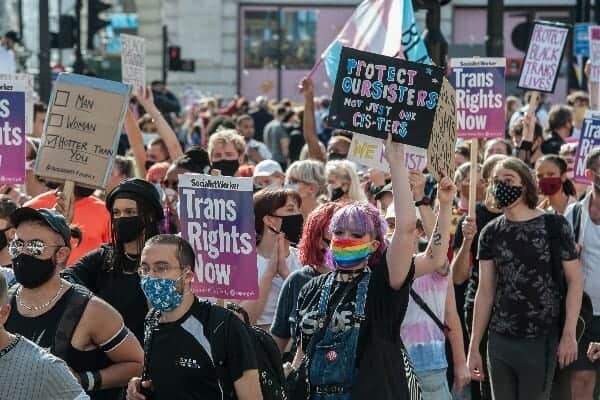 But others “were concerned about other services using the exemption to turn away trans survivors when they should be ­providing support”.

The argument about women-only spaces almost always comes down to the idea that trans women are men dressing as women to perpetrate violence. This isn’t based on evidence.

An article in the Trauma, Violence and Abuse academic journal said, “Notably absent from the evidence base are any data ­supporting the idea, widely espoused in public opinion around bathroom bills and other legislation affecting LGBTQ people, that sexual or gender minorities might pose a threat to the safety of those in the sexual or gender majority’.

“Instead, this wide body of research ­indicates that sexual and gender minorities are themselves at elevated risk for physical and sexual assault.”

Trans women face violence—fuelled by sexism and transphobia—with one in six being victims of domestic violence.

Another study from Sexuality Research and Social Policy academic journal examined “whether reports of safety or privacy violations in public rest rooms, locker rooms, and dressing rooms change in frequency”.

Professors Amira Hasenbush, Andrew R Flores and Jody L Herman’s study looked at US local authorities that passed “gender-identity inclusive public accommodations” laws and compared them to those without.

They wrote that “there does not appear to be a relationship between passage” of the laws “and criminal incidents in rest rooms between localities”.

And the study concludes, “Fears of increased safety and privacy violations as a result of non-discrimination laws are not empirically grounded.”

The argument that allowing trans women into women-only spaces will enable male violence flows from “biological determinism”. This is the idea women’s oppression is rooted in biology.

It leads some feminists to view men as inherently violent, and abuse as inevitable.

And many argue that, because trans women haven’t experienced women’s oppression all of their lives, they are prone to carrying out acts of violence.

Men commit acts of violence against women. But they don’t need to dress in women’s ­clothing in order to harass and abuse women.

Neither do they need to gain access to women-only spaces. 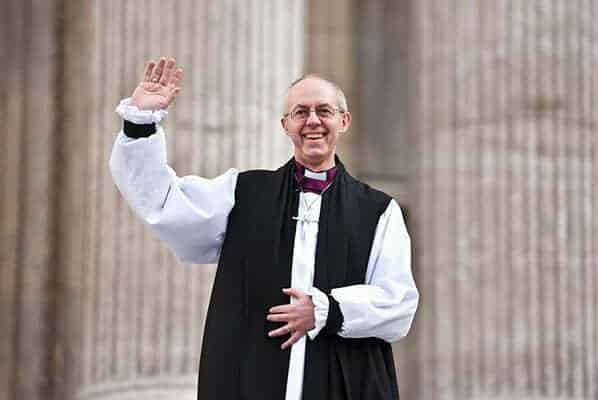 Abuse happens because of the society we live in, not biology. Biology is not destiny. Women’s oppression is structured into class society and capitalism. Women are paid less on average, more likely to live in poverty, and still carry the burden of child care and ­domestic labour.

And women’s bodies and sexuality are objectified and commodified.

Sexist attitudes and ideas about women are used to justify this structural oppression.

They help to normalise violence against women—which often happens without consequence.

But sexism isn’t natural and women’s oppression has only existed for around 10 percent of human history.

MYTH Trans young ­people are being pushed to surgically and hormonally transition.

In June the Tories announced that they would delay changes being made to the Gender Recognition Act.

As a result Trans people are still made to go through a medical diagnosis, wait at least two years to legally change their gender and pay a £140 fee. Self-identification through GRA reform would allow trans people to change their legal gender after affirming it to a registrar.

But it is a myth that thousands of trans children are being rushed into taking ­hormone blockers or to surgically transition.

In reality, young trans people—even if they wanted to—are unable to access ­treatment that for many would be life saving.

In 2017 a survey conducted by Stonewall found that more than half of trans young people have attempted suicide.

Gender services are stretched to breaking point with many having long waiting lists.

There are currently only seven gender identity clinics in Britain.

And gender affirming hormones are currently only provided to young people over the age of 16.

That is the age that NHS ­guidelines say that you can make decisions about the medication you take without the consent of a parent.

And gender affirming ­surgery cannot be offered to young people unless they are over the age of 18. 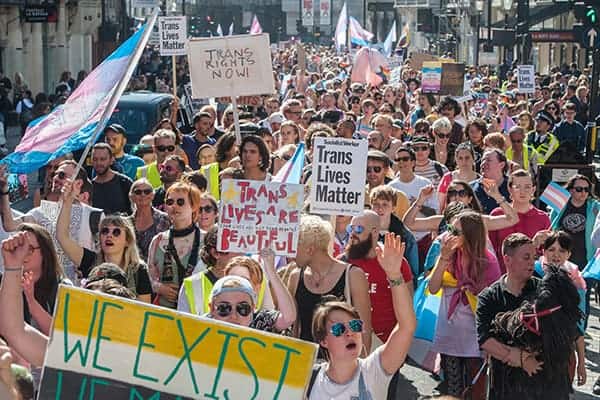 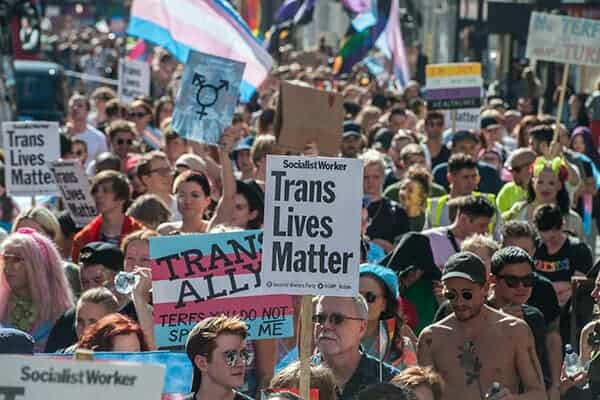 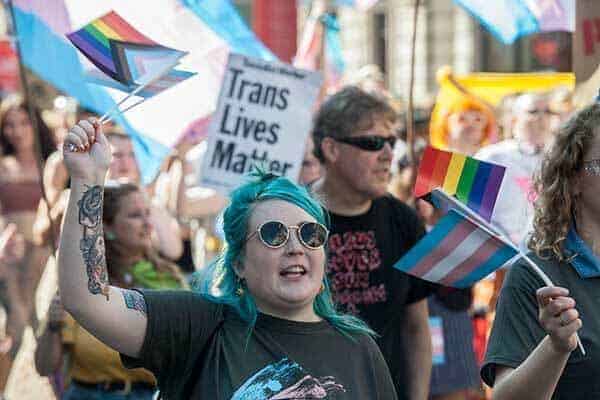 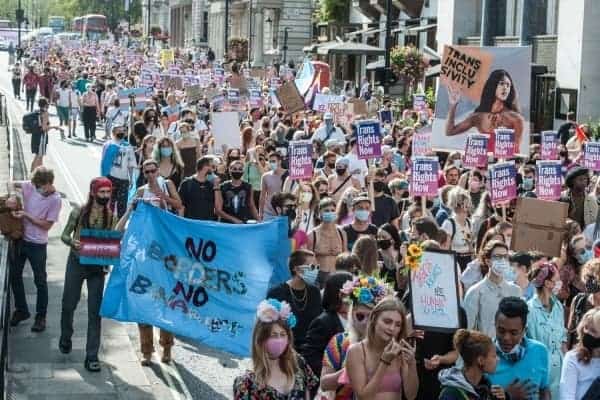