Politicians, pundits and the far right are trying to whip up a racist frenzy against Asian men and Muslims by focusing on “Asian sex gangs”.

And some are trying to twist the reality of child sexual exploitation (CSE) to better fit their argument.

“They’ve spoken out about their abuse at the hands of both Asian and white men.

“But they’ve had some horrible backlash from the far right. Things like being told, ‘It was just Asian men, wasn’t it?’ And then pure vitriol when they won’t deny the white offenders.”

The panic over Asian men abusing white girls has been fuelled by high-profile media coverage of some CSE trials.

“No one is denying that some Asian men have committed terrible crimes and white girls have suffered abuse,” she said.

But she said focusing so overwhelmingly on this kind of abuse gives a distorted picture.

“I’ve seen equivalent collages of white faces, but these cases don’t seem to get nearly the same level of attention,” she said.

Ella mentioned one case where victims’ parents were left frustrated after a trial of white men who had abused their children. It attracted only a fraction of the media coverage of a very similar case in the same area involving Asian men.

UCL research looked at records for over 9,000 children affected by sexual exploitation who had been supported by the charity Barnardos between 2004 and 2013.

Ella said, “We found that nearly one in three were boys and one in five were black or minority ethnic.

“This sample only includes people who had accessed Barnardos services, so we can’t say it’s representative.

“But it does show a more complicated picture of who victims are.”

Ella also researched six major CSE cases in a book published earlier this year, including in Rochdale and Derby. She said that there was little evidence of race or religion playing a role in the abuse.

Ella also found that abusers “weren’t particularly organised”. “The impression sometimes given in the media is that gangs that abuse children are run by criminal masterminds,” she said.

“With a few key exceptions, there tended not to be obvious ringleaders and the groups were more loose networks. While the abuse was horrific, much of it took place casually and opportunistically.”

Out of 43 victims across the six cases, nine girls came from black or Asian backgrounds.

In some cases all victims were white. But Ella said, “The claim that this is just about Asian men targeting white girls makes victims who aren’t white invisible.”

The way the panic about Asian abusers has developed isn’t new.

“This kind of racialisation of crime has a lot of parallels throughout history,” said Ella Cockbain.

“I think the strongest one was mugging, constructed as a dramatic new crime committed by black men against old white ladies.

“There was another panic in the early 20th century about the ‘white slave trade’.

“Particularly in the US there was widespread concern about white women and girls being abducted by ‘foreigners’ into prostitution.

“It happened in the context of a broader campaign for ‘social hygiene’, an abolitionist stance on prostitution, xenophobia and fears of ‘racial contamination’.”

And she argued that the wider context is also important today.

“The idea that there’s a unique problem with ‘Asian sex gangs’ plays into a broader context of widespread deprivation and frustration about multiculturalism, migration and the out-of-touch political elite,” she said.

A number of misleading reports have boosted the idea that Asian men pose a particular threat.

One came from the Quilliam Foundation, a self-styled “counter-extremism” think tank.

It claimed last December that 84 percent of “grooming gang” offenders in a 12-year period were Asian.

Ella said, “Quilliam’s report claims to provide a ‘comprehensive data analysis of all group child-sex offences committed in the UK over a period of 12 years’.

“But it absolutely does not do that. How can it be ‘comprehensive’ and provide ‘conclusively irrefutable evidence’ when the object of study—‘grooming gang’ offences—does not exist in law?”

Ella worried that the report “is particularly dangerous because the authors make a point of stressing their own ethnic and religious backgrounds”.

“The fear is that people think, ‘It must be true if these Muslims/British Pakistanis are saying it’.”

The biggest-scale studies into various forms of CSE stress that they are working with incomplete data where the ethnicity of the offender is often unknown.

All say that their findings can’t be generalised to give a national picture.

Yet the racists persist—and are prepared to use victims to further their own ends. Far right Tommy Robinson was jailed earlier this year after filming outside the Huddersfield CSE case in Leeds.

“To put a trial at risk like that just shows disregard for victims,” she said. “I can’t believe that the likes of Tommy Robinson and Nick Griffin care about the victims.” 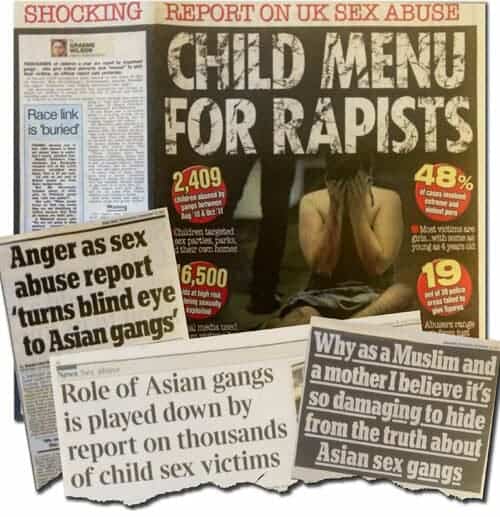 Racism and child abuse: the prejudice behind the pain

Abuse in Oxford - turning a scandal into a race scare 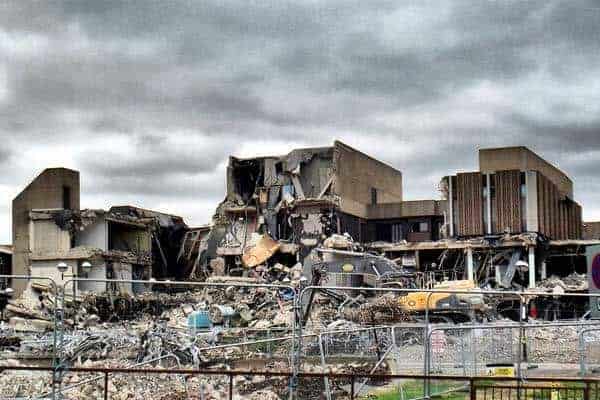