This article is over 8 years, 1 months old
Following the deaths of six cyclists in London, Raymie Kiernan looks at why roads are now less safe and the reality of Boris Johnson’s ‘cycling revolution’
Downloading PDF. Please wait...
Tuesday 10 December 2013

The number of cyclists killed or seriously injured on London’s roads has soared by 50 percent since Tory Boris Johnson became the capital’s mayor.

This can’t be explained away by the fact that there are more cyclists on the roads. The rate of deaths and serious injuries has risen every year since 2009.

Johnson promised a “cycling revolution” in London. He made much of his cycle hire scheme and investment in cycle “superhighways” (see box). And he claims that cycling is becoming safer.

Yet the deaths of six cyclists on London’s roads in a fortnight put him under huge pressure last month.

Many people want to know how to keep cyclists safe on London’s congested streets.

Figures for deaths on London’s roads have stayed relatively similar over the past decade.

Some 14 cyclists have been killed on London’s roads so far this year, compared to 14 last year and 16 in 2011. Yet serious injuries have rocketed.

Larger numbers of cyclists are competing for space on increasingly traffic-clogged roads.

The number of daily cycling journeys has tripled since 2001 to more than 570,000, according to Transport for London (TfL).

London traffic rose in the last year after a decade-long decline.

Cars make up the overwhelming majority of this traffic. They accounted for almost 80 percent of average daily traffic flows in London in 2010.

Smaller trucks and vans made up 12 percent, while Heavy Goods Vehicles (HGVs) made up five percent.

Motorbikes, buses and bicycles made up the rest—a miniscule 3 percent.

People are pushed to use cars or bikes to get around because we don’t have an efficient, affordable public transport system.

The way that our cities are thought out space is used create major problems for safety.

Streets account for 80 percent of London’s public spaces. But most of the space is prioritised for motorised vehicles, not the people that live in them.

One statistic that doesn’t grab much media attention is the number of pedestrian deaths on London’s roads.

They account for half of all deaths and almost 40 percent of serious injuries are on London roads.

The key question isn’t who is jumping red lights, or whether cyclists wear helmets.

The real problem is that the Tory “cycling mayor” has prioritised keeping traffic and profits flowing over creating safe cycling and streets for ordinary people.

A bonanza for Boris

Boris Johnson’s “cycling revolution” has amounted to introducing a cycle hire scheme and putting some expensive blue paint on the roads.

The hire scheme is sponsored by a bank and run by a security firm. And the paint cost up to £4 million per mile.

Barclays bank has done well out of the deal. The cycle hire scheme allows its logo to invade our space on 4,000 bikes being ridden across the city.

Barclays promised to invest £50 million when the hire scheme launched in 2010.

By the end of last year it had paid less than £14 million. The scheme was originally promised to be self-funding. It is now projected to cost us £225 million by 2015/16.

Some two million young people could have been given a free bike for the same amount of money.

And as with other travel fares Johnson has put up the prices.

Cycle hire fees doubled in January. Hires have dropped by a third compared to this time last year.

Cyclists are to blame for last month’s spate of deaths for not taking enough care on the roads, according to Boris Johnson.

They have harassed cyclists for not wearing helmets or having no lights, even in daylight.

“Operation Safeway” turned out to be an opportunity for cops to hit their monthly targets for issuing fines.

In the words of Inspector Colin Davies, of the Metropolitan Police’s South East Area Traffic Garage, “Officers have four months to do 40 cycle tickets. Ten per month.”

Cyclists are understandably angry. Keeping safe on the roads may well lead them to break road traffic laws due to some of the dangerous cycle routes that exist.

These are precisely the kind of dangerous junctions where a cyclist can end up in a blind spot of a HGV driver.

A safety-conscious cyclist would avoid such a situation and use a wide pavement instead but would be deemed to be breaking the law and be fined.

Tory Lord James of Blackheath thinks London cyclists like to “stand in the middle of the road with a camera, and defy you to run them down while they photograph you doing it”.

“That’s what they’re longing for,” he added, during a recent debate on cycling.

They make up roughly 5 percent of London’s traffic. Yet nine of the 14 deaths in London so far this year involved HGVs.

Trucks and bicycles should be structurally separated by having cycle routes with no HGVs.

Attacks are linked to EDL 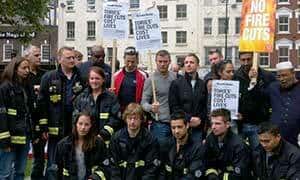 We need action to defend our fire service and firefighters' pensions 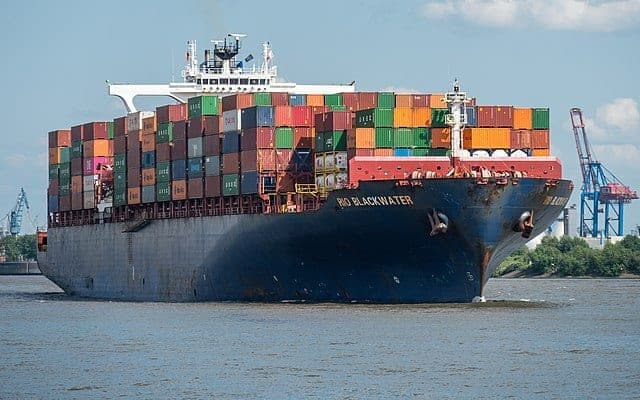