This article is over 7 years, 4 months old
After more than a month of bombing and attacks Adam Cochrane examines how the latest Israeli destruction is affecting the lives of people in Gaza
Downloading PDF. Please wait...
Tuesday 26 August 2014

The explosive power of the bombs dropped in Israel’s current assault on Gaza is equivalent to the atomic bomb the US dropped on Hiroshima in 1945.

That was 15 kilotons. Israel is believed to have dropped between 18 to 20 kilotons during this assault. The estimate comes from Hazem Abu Murad, who headed Gaza’s bomb disposal unit until he was killed earlier this month.

For Ebaa Rezeq, a Palestinian activist who lives in Gaza, this shocking fact comes as no surprise.

“We haven’t seen anything like this before and we have lived through a lot of wars,” she told Socialist Worker.

“I witnessed the end of the world here. You can’t even keep count of the explosions.”

Every day the Israel Defense Forces updates the “rocket counter” on its Twitter account with the number of rockets fired out of Gaza since the assault began.

But it is not so keen to highlight the number of bombs, missiles and shells that it has launched on the people of Gaza.

There are a number of clues that support such an estimate and point to an enormous bombing campaign.

A fact sheet on the IDF website boasts that they have struck 4,762 “terror targets” during this assault on Gaza.

Workers at the Israeli Military Initiative were working in rotating shifts 24 hours a day to keep up with munitions demand. That’s according to Israeli newspaper Haaretz.

And Israel was forced to obtain ammunition from the US in the middle of the assault to replenish its stocks.

Another indicator of the ferocity of the bombing campaign is the scale of the damage.

The United Nations estimates that 17,200 homes have been destroyed or severely damaged and 37,650 are uninhabitable. Nearly half a million people have been left homeless and a staying with friends and family or at one of the UN shelters.

“Whole neighbourhoods have been levelled,” said Ebaa. “You can’t recognise some places.

“People can’t even find where their houses used to be.”

The casualties from Israel’s current assault exceed the combined casualties for the previous two.

More than 10,000 people have been injured in the assault and more than 1,000 children will be left permanently disabled.

This is one of the reasons that the death toll continues to increase during the short ceasefires.

Palestinian activist Ebaa Rezeq explained that the bombs pose a real threat as people are unprepared.

“People in Gaza don’t realise the dangers,” she said. “Kids play around and jump around on the bombs like they are toys.”

Gaza’s bomb disposal team echoed Ebaa’s concerns. They say that 80 percent of the victims of the unexploded bombs are children. A young boy lost his hand on 7 August.

The team numbered 65. But during the attack seven have been killed and two are severely injured.

They have no protective suits, robots or X-ray systems because of Israel’s blockade. They rely on basic tools such as screwdrivers and pliers.

Israel refused to allow the transportation of such safety equipment.

They accuse them of supporting terrorism, as the department is under the control of the Hamas government.

They have not received any training since 2007.

On 13 August four of the team were killed, including its chief Hazem Abu Murad, when trying to diffuse a 500kg bomb. An Italian journalist also died.

“It only received coverage because of the journalist,” said Ebaa. “But the problem is much bigger than that.

“Bombs are everywhere under the rubble.”

The unexploded bombs are hampering efforts to clear and rebuild as large parts of Gaza are unsafe for engineers to visit.

One family lost 22 members in one Israeli attack in Gaza City last month when two large bombs hit their home.

Bombing is good for business

Israel is one of the largest military exporters in the world. Military technology firm Elbit systems has seen its stocks rise.

Within three weeks of the massacre starting, its shares jumped 6.1 percent.

Gaza has been reduced by 44 percent

Israel reduced Gaza to almost half its size by declaring any territory in three kilometres of the Israeli border as a “buffer” zone where no one is safe.

That is 44 percent of Gaza, where 1.8 million people were already crammed into an area of 141 square miles. 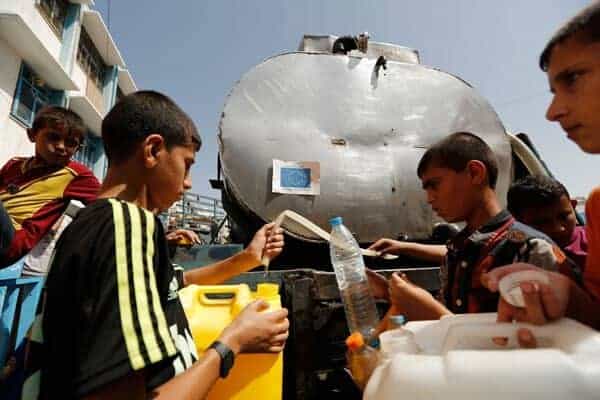 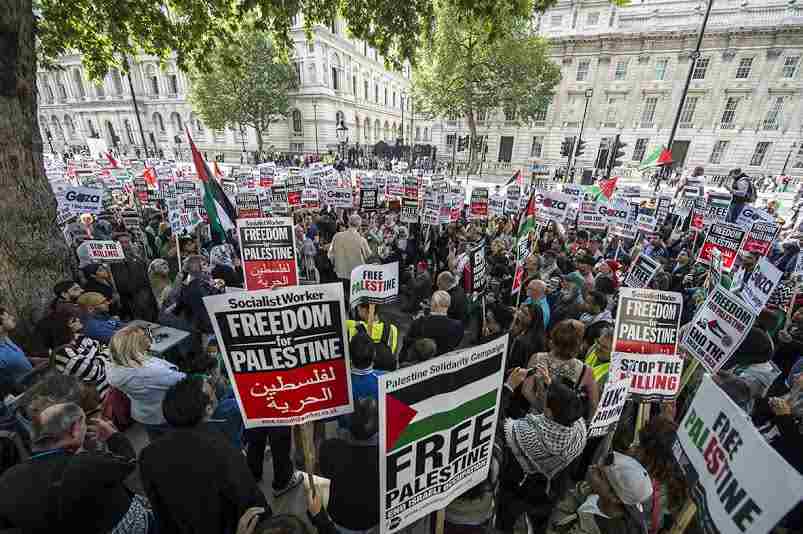 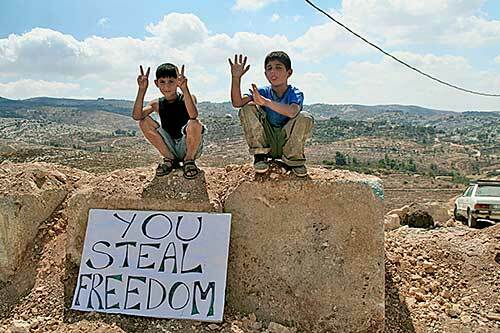 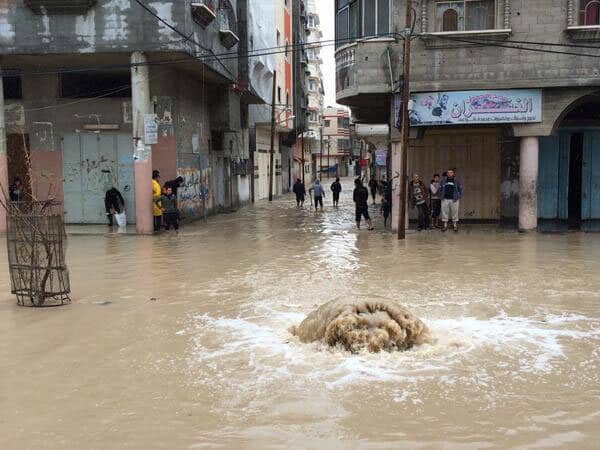