When Joe Biden is crowned the Democratic presidential candidate at the party’s convention next week, big business and the generals will be cheering the loudest.

Biden has a proven track record of backing corporations, slashing social security and supporting US wars since he was first elected senator for Delaware in 1973.

With Donald Trump’s disastrous handling of coronavirus, Biden has been able to present himself as a competent and safe pair of hands.

And he has a certain sheen after being Barack Obama’s vice president, compared to fellow establishment Democrats who millions despise.

But Biden’s policies fly in the face of what the resistance to Trump is demanding.

He is well known for his “tough on crime” rhetoric and in 1994 he authored and helped pass the Violent Crime Control and Law Enforcement Act.

The law meant that 100,000 more cops were put on the streets and more funding was funnelled into prisons.

It also encouraged prosecutors to try children as adults, as states would be rewarded for giving out tougher sentences.

And while Biden condemned Trump’s drive to build a border wall between the US and Mexico, he supports tougher border controls.

He has been a vocal opponent of Medicare For All, which would take power out of the hands of the private health insurance industry.

Then there are all the allegations of sexual assault made by multiple women. When questioned about them, Biden said, “I’m not sorry for anything I have ever done.”

Despite this, a vote for Biden is seen as a lesser of two evils against Trump.

Trump needs to go. But the Democratic party has a long history of being a shock absorber for radical change, and polices the parameters of what it’s seen as possible to fight for.

Time and again, the left and mass movements have got behind the Democrats to stop the Republicans.

The result isn’t to shift the Democrats to the left. Rather, knowing that left wingers, organised labour and social movements will back them, the Democrats are free to charge to the right.

And the left gets turned into the foot soldiers of the Democratic electoral machine, instead of building movements that have the power to bring about genuine change.

In Los Angeles, for instance, Mayor Eric Garcetti has said he would cut up to $150 million from the Police Department’s budget.  And In Seattle, the movement has won cuts to the police budget and prisons reform. But the pull on the movement is to unequivocally get behind the Democrats to stop Trump.

Once the Democrats are in office, the argument becomes don’t rock the boat.

It’s a damning indictment that the Obama administration deported more migrants than George Bush, who faced mass opposition unlike his successor.

The route to real change in the US doesn’t run through Biden.

Many people are celebrating that Democratic senator Kamala Harris could become the first black woman to be vice president.

Biden’s pick was a conscious nod to the Black Lives Matter (BLM) movement. 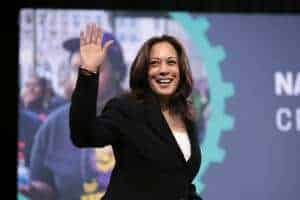 The Democrats oppose its militancy and radical demands, such as defunding the police, but want to corral the movement behind the party machine.

One of the BLM movement’s co-founders, Alicia Garza, went as far as to say that Harris is “very talented and qualified” for the job.

But others in the movement remain unconvinced, because they are demanding systematic change, not more “black faces in high places”.

Harris has an appalling record of backing the tougher policing and a prison system that disproportionately locks up black people.

During her time as attorney general of California and district attorney of San Francisco, she advocated harsher sentences—including the death penalty.

And as a senator, she twice voted against federal funding for abortion and supported Trump’s drive to escalate the war with Syria.

‘Not me, them’ says Sanders

Kamala Harris hasn’t gone down well with the left.

The Progressive Democrats of America pressure group, which had endorsed Bernie Sanders, said that Harris “failed for years to hold police accountable for gross misconduct in California”.

But Sanders congratulated Harris, claiming she “understands what it takes to stand up for working people”.

When Kamala Harris stood to be the presidential candidate, her campaign raked in donations from more than 20 billionaires in the first two months.

Biden hopes more corporate cash will roll his way after he picked Harris. He has already received massive donations from over 90 billionaires.

This worked so well last time

She offered no change and opened the door to Trump. Her backing Biden could give Trump some hope. 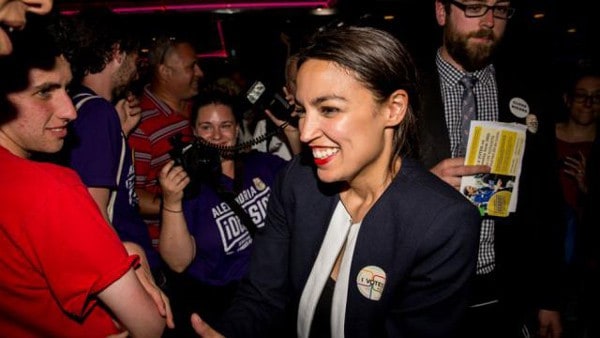 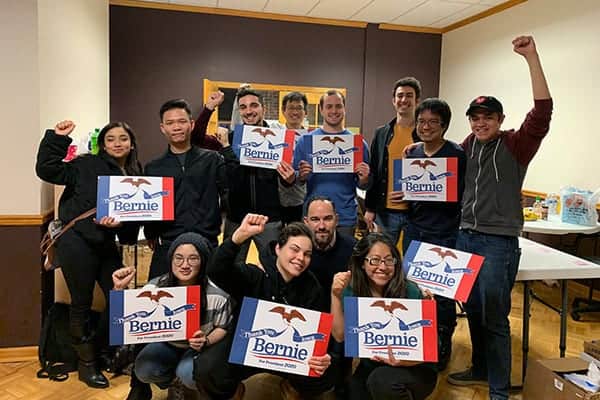