No blame and no justice for the wrongly jailed Cardiff Three 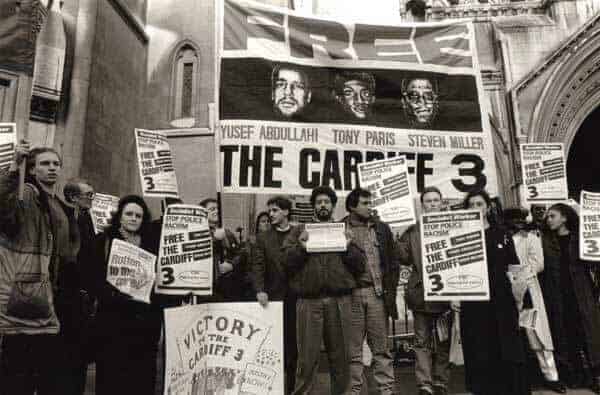 Three men were wrongly jailed for murder. People lied. But when the biggest ever police corruption trial collapsed over lost evidence, nobody was found to have done anything wrong.

That is the conclusion of two reports from the Independent Police Complaints Commission (IPCC) and HM Crown Prosecution Inspectorate.

Stephen Miller, Yusef Abdullahi and Tony Paris, who became known as the Cardiff Three, were wrongly jailed for the murder in 1990.

The Court of Appeal freed them in 1992 after a campaign and a judge heavily criticised the original police investigation.

South Wales Police then mounted an eight-year inquiry. It led to the eight officers being accused of “fitting up” the Cardiff Three and two other men, cousins John and Ronnie Actie, who were acquitted in 1990.

A five-month-long, high profile trial into police corruption had to be abandoned in December 2011 after two sets of paperwork could not be found.

The documents were a copy of a statements and complaints against the police investigating Lynette White’s murder provided by the IPCC.

On 1 December 2011 the court was told that some documents linked to the case had been shredded on the orders of Detective Chief Superintendent Chris Coutts. On 17 January 2012 these documents were found in the office of the  same Chris Coutts as he cleared out his desk after being forced into retirement.

Another box of IPCC evidence also turned up in the same building shortly afterwards.

The IPCC report “concluded on the balance of probabilities that no instruction was ever given by the senior investigating officer, or any other officer, to destroy the documents. “In fact, the finding of these documents proves the veracity of the officers’ accounts that the documents had not been destroyed.”

The reports concluded that police and prosecutors had made wrong decisions but not for “improper reasons” before the collapse of the case. The IPCC report says, “It is clear from the reports that there was no misconduct on the part of officers and prosecutors.”

That means there will be no misconduct hearings.

The IPCC commissioner has only recommended that three officers get training in document handling. The nature of the collapse of the trial makes any retrial of the officers very unlikely.