Newspapers have claimed that Britain is at its most peaceful in years.

The basis for such reports is the launch of the United Kingdom Peace Index (UKPI) by the Institute for Economics and Peace (IEP).

It claims that crime figures have fallen to their lowest level in 33 years.

At first glance the UKPI’s research findings appear to be a welcome change from usual scaremongering tactics the ruling class uses to justify a large police presence on the streets.

However, it is being welcomed by many on the right. Especially by the right wing think-tank Policy Exchange that “advised” the UKPI during the research.

Policy Exchange boasts that it first came up with the ideas for government policies including directly elected police commissioners, the pupil premium and free schools.

For all the talk of peace, Tory education secretary Michael Gove once described Policy Exchange as “the most formidable regular army on the think tank battlefield”.

The reason for the right’s embrace of Britain’s new found “peacefulness” is because there is an argument emerging that there is more profit to be found in peace than war.

The man behind the IEP, Steve Killelea, is interested in persuading businesses and governments of the economic benefits of peace.

He produced and funded a film called Soldiers of Peace in which humanity is told to move “beyond our ancient human impulse to war”.

First and foremost the IEP promotes peace because it is valuable to businesses, not because it improves the lives of ordinary people.

No doubt Britain’s new peaceful status comes as a surprise to those at the brunt of Tory attacks on welfare and living standards.

Suicide is up as austerity bites

A soft touch for crooked cops

Link between immigration and crime is 'insignificant' 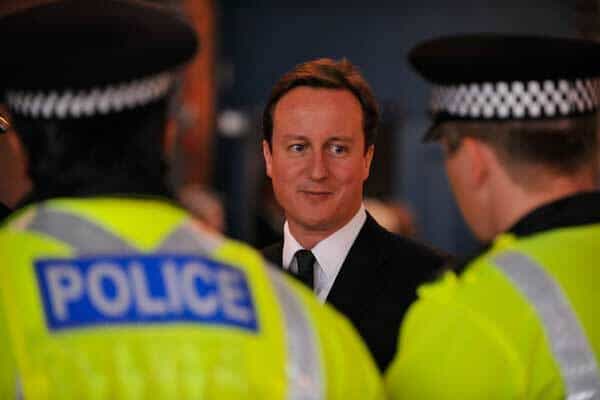