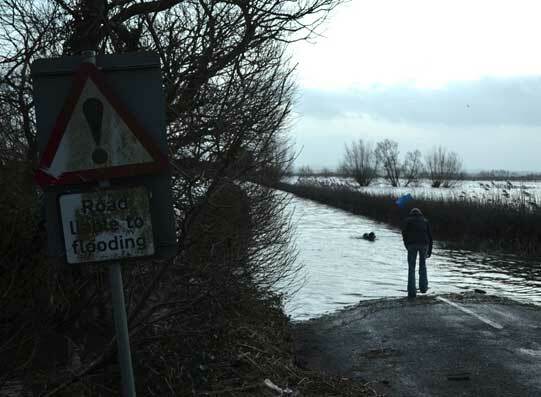 Flood victims are right to be angry with Tory environment secretary Owen Paterson.

Not only has this climate change “sceptic” stood in the way of curbing greenhouse emissions that are warming the planet and making Britain wetter.

He’s also continuing the shortsighted agricultural and planning policies that have made Britain’s landscape worse at holding back water.

Successive governments focused on making the British countryside a productive and profitable industry throughout the 20th century.

Small fields were replaced by huge ones, pasture lands extended further into the hills, trees torn down and soils compacted.

The number of sheep rose consistently between the Second World War and the early 1990s—going up by more than a third in the 1980s alone. Humans have always changed the environment. But these latest changes were driven by profit.

Subsidies from the Common Agricultural Policy (CAP) overwhelmingly go to the biggest and richest farmers.

And they are explicitly conditional upon farmers removing “unwanted” vegetation such as trees.

Planting trees in just 5 percent of a flood plain’s catchment area can cut the peaks of floods by almost a third.

Paterson has slashed the grants that smaller, poorer farmers need to plant trees, while increasing the grants for clearing land.

He’s supported extending subsidies to “the least productive land” up hills where it makes little sense to farm. All this creates a landscape that water can stream down, causing much worse floods further downstream.

Land that won’t hold water can lead to worse droughts in between rains too.

Paterson is now coming under increasing pressure to act, facing protests from farmer-led campaigns in the Somerset Levels.

But the solution he has fixed on could make it worse.

The Somerset Levels are an unusual landscape where dredging would make sense. But funding cuts have stopped this from happening.

Paterson wants to see more rivers dredged, usually on the initiative of big landowners who have an interest in draining their own fields.

It follows policies of removing wildlife and even bends from some rivers to make water run faster.

He is reported to have said that “the purpose of waterways is to get rid of water”.

But that only moves it somewhere else. This is far from of what should be done.

Similarly, some places need more flood barriers. But too often they are used to protect some, typically well-off areas, only to divert water further down the line.

These “solutions” allow the government to look like it is taking action while avoiding the much more expensive, better policies of changing the way the countryside is managed.

The village of Yalding in Kent was flooded on Christmas Eve.

Many others had yet to receive a penny from insurance companies, despite paying in hundreds of pounds and facing damage to their homes worth tens of thousands.

Insurance companies have an obligation to provide universal cover—but they don’t have to make it affordable.

People who live on flood plains—thanks to greedy developers and lax planners—have nowhere to turn but insurance firms that charge extortionate premiums.

A new government-backed scheme called Flood Re is supposed to put a cap on the amount that can be charged.

But it keeps being delayed, and insurance companies have not committed to recognising it for the first few years until enough has been paid into it.

And insurance companies also still won’t pay out for the most severe floods—and the scheme doesn’t even cover new-build homes.

No amount of bitter experience seems to be able to stop developers building on flood plains.

More than 38,000 homes were built in areas of high flood risk in England during the ten years up to 2011.

And at least 197 developments have gone ahead against the advice of the Environment Agency.

The Sedgemoor district of Somerset contains much of the Somerset Levels that have seen serious flooding. Some 63 percent of new homes there have been built on flood plains—even though they make up just half of the district’s land.

And in Eastbourne a whopping 96 percent of new homes are on flood plains.

The same is true for tens of thousands of new homes near the Thames estuary in east London.

It hasn’t yet been announced which building standards David Cameron intends to rip up to boost construction firms’ profits.

But the big building firms are not short of places to build.

They are hoarding hundreds of thousands of plots of land with planning permission already, a practice known as “land banking”.

Fire brigades had to rescue thousands of people during the nationwide floods of 2007.

But their equipment is designed to keep out heat and smoke—not cold, often dirty water.

Some firefighters are still suffering from health complaints as a result.

The government claims its coming Water Bill will help manage and prevent floods and droughts by reforming the water industry.

But the bill’s main purpose is to “increase competition” between water companies.

This will make it easier for them to buy and sell water to each other and to give “customers” a choice of providers.

Super-rich get the subsidies

The grouse-shooting estates of the super-rich in areas such as the Peak District receive £37 million of public subsidies every year.

Much of this is used to cut, burn and drain the moors to make them habitable for grouse. This has contributed to worse floods in Calderdale and Hebden Bridge. 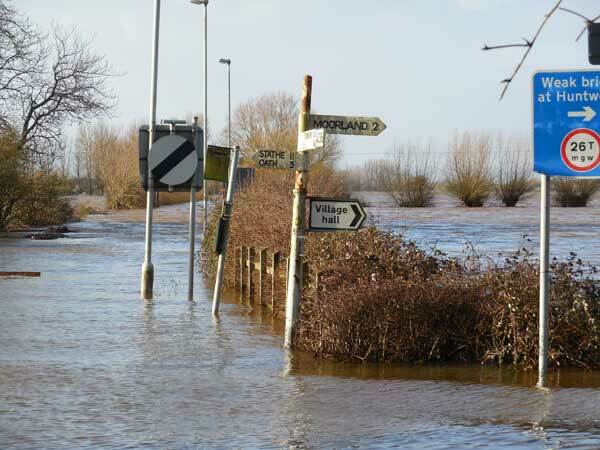