What do unions get for giving money to Labour? 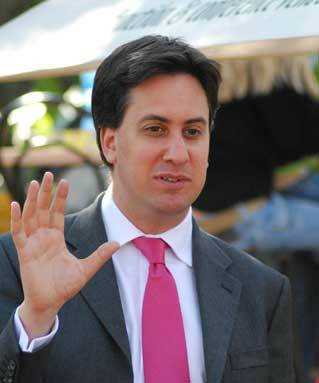 Ed Miliband’s dramatic proposal is to end the levy some union members automatically pay to Labour and replace this with voluntary contributions.

In future, instead of having the option of opting out of this levy, union members would have to opt in. They would become members of the Labour Party in the process.

These contributions are worth around £8 million a year to Labour. A new opt-in system could cost the party about £5 million in lost revenue.

The Labour leader wants limits introduced for parliamentary selection contests. He wants to curb how much unions and other organisations can spend.

He also favours a shake-up of party funding, with a cap on donations from businesses, unions and individuals.

Miliband is proposing a system of US-style “primaries” in constituencies. This would mean everyone registered as a Labour supporter, rather than just Labour members, could vote for a candidate to stand in an election.

Miliband didn’t mind being elected over his brother on the back of union votes. This is one reason some union leaders are furious.

Paul Kenny, the GMB union general secretary, predicts just 10 percent of GMB members affiliated to the Labour Party would retain that status under the new system.

The motivation for pushing individual membership is to diminish the voice of  those trade union members who pay the political levy in the Labour Party.

Around 2.7 million union members currently do so. They have long funded and sustained the party.

The Labour Party came into being to represent trade union leaders in parliament.

But the union leaders have always been remarkably reluctant to use their influence inside it in any meaningful way.

Most union leaders cling to the idea, despite all evidence to the contrary, that their link to the Labour Party is the way to get a government that meets workers’ aspirations.

Union leaders are caught between the pressure of their members and their loyalty to Labour.

That’s why they bounce from praising to condemning Labour leaders.

Miliband’s changes will now be part of a long argument in Labour and the unions.

The debate should focus on what is the best way to resist the Tory attacks and what sort of political representation workers need.

How donations to Labour can be 'tax efficient'