This article is over 2 years, 8 months old
Software created by tech company NSO was used to spy on people’s phones. It couldn’t have happened without US aid and arms spending, writes Nick Clark
Downloading PDF. Please wait...
Tuesday 21 May 2019

While the US and Britain wind up a row with China over Huawei, they’re decidedly less bothered about an Israeli spying scandal.

Software produced by a private Israeli spying firm gained access to targets’ phones simply by calling them through the messaging service WhatsApp.

WhatsApp and the firm that made the software—NSO Group—both said they’re investigating the issue.

But Amnesty International—itself targeted by NSO software—says the use of NSO technology against human rights activists has been “ignored” by the Israeli government.

Perhaps that’s because NSO is

considered a success story of the lucrative Israeli high-tech industry intimately bound up with the state and the military.

Israel is very proud of its tech—it’s a central part of its economy.

When talking about tech, Israel’s supporters, politicians and media often refer to the country as the “start-up nation”.

They’re not shy about the fact that this is all underpinned by Israel’s powerful military.

Because just like Israel itself, Israeli tech wouldn’t be what it is without the support of arms spending and US imperialism.

Israeli tech grew out of its military and weapons industry—which in turn grew out of billions of pounds worth of US military aid. Decades of US aid, designed to ensure Israel had the military strength needed to defend Western interests in the Middle East, has shaped its economy.

Israel went from relying on economic aid to becoming one of the world’s largest defence exporters thanks to its burgeoning arms industry.

As the military became the engine of Israel’s economy, the US phased out direct economic aid. But overall military aid increased. This investment ensures Israel keeps its “qualitative military edge” in the Middle East.

It also makes sure the US gets exclusive, cheaper access to the state of the art weaponry and military technology that this produces.

Quite often this is used by the Israeli military first against Palestinians—then sold to the world as “battle tested”.

Israeli tech is an offshoot of this. Aside from conventional weapons, tanks and planes, Israel’s military develops cyber security, surveillance and hacking programmes.

Its largest unit—Unit 8200—specialises in this. It has carried out major cyberattacks on rival states such as Syria and Iran, eavesdrops on Palestinians under occupation, and even facilitates their assassinations.

Unit 8200 proudly says it is staffed largely by 18-21 year olds—Israeli citizens on compulsory military service, selected for their programming skills.

When they leave, many of them go into the private tech industry. In fact Israel’s most vaunted tech start-ups were all launched by former members of 8200.

Many of these are private security, surveillance or hacking firms. And one of those is NSO—the firm behind the WhatsApp hack.

The software described in the recent WhatsApp hack bears striking similarities to an NSO programme used against activists, and human rights lawyers and organisations.

Pegasus—NSO’s flagship programme—sends a message to the target’s phone that also comes with a link.

If the link is clicked Pegasus installs itself on the victim’s phones, and can then spy on them through the camera and voice recorder.

It can also send emails, messages, passwords and location data to whoever is doing the spying. NSO has sold it to governments around the world.

Pegasus’s victims include investigative journalists, human rights defenders and activists in places such as Mexico and Saudi Arabia. It’s implicated in the murder of Saudi journalist Jamal Khashoggi.

It was also apparently used against Saudi activist Omar Abdulaziz, who Khashoggi had been in close contact with. One of Abdulaziz’s lawyers now also claims he himself wa

The British government is keen to profit from Israel’s high-tech war industry.

Its embassy in Israel hosts a body—the UK Israel Tech Hub—designed to get British businesses embedded in Israeli tech.

It boasted last year that it had facilitated 175 deals between British firms and Israeli tech companies worth £85 million.

And some of its most senior figures—employed by the British embassy—have a background in Israeli war tech and weaponry.

They include Maor Chester who claims to have been a member of the Israeli military spy body Unit 8200.

All of this is seen as a good thing by Britain. Shani was given an OBE last year.

And when Tory Matt Hancock—then just a low-ranking minister—visited Israel in 2016, he said he hoped that Britain would benefit from Israeli tech’s links to the military.

In 2014, 43 former members of Unit 8200 signed a letter in protest at how the unit gathered Palestinian’s personal information.

It said Israel made “no distinction between Palestinians who are and are not involved in violence”. Some 200 members of 8200 signed a counter letter denouncing the whistle blowers in response.

An instrument for blackmail

One soldier described collecting information on people who were “completely innocent”.

Personal information could be gathered on any Palestinian.

That information could then be used to blackmail them and turn them into informers.

A tool for state assassination

Other testimonies describe how Unit 8200 was used to organise assassinations of Palestinians by drones and airstrikes, watched on a screen and listened to through a headset.

Successful killings were celebrated by marking headsets with the letter X. “Hundreds of civilians were killed,” one said. 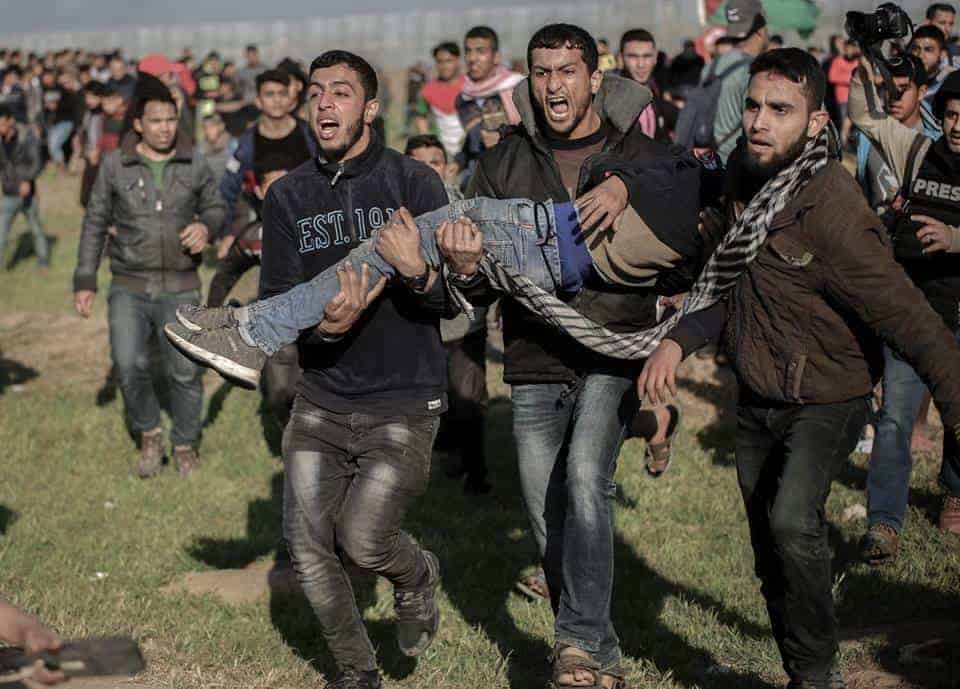 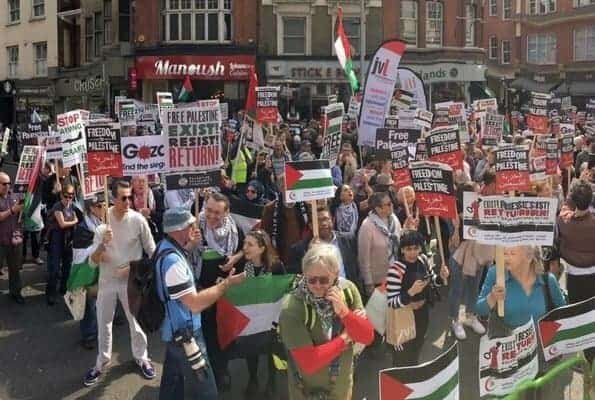 Solidarity with Palestine across Britain as Israel attacks Gaza protesters 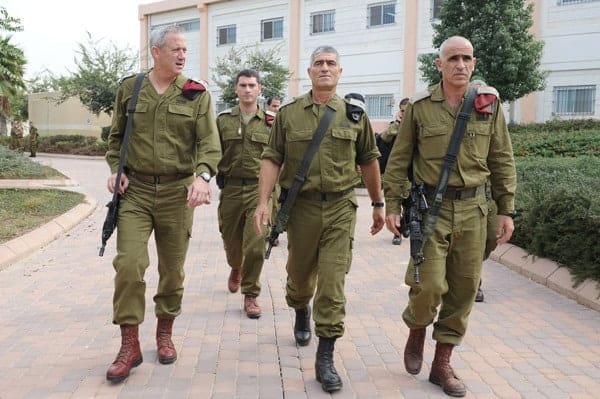 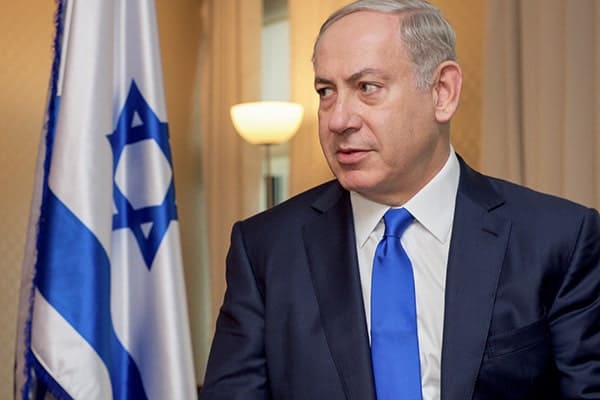 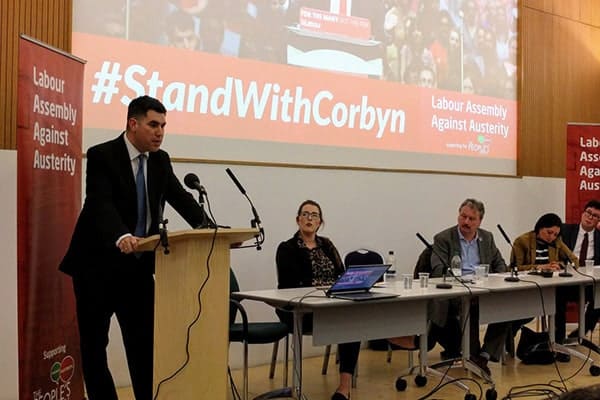 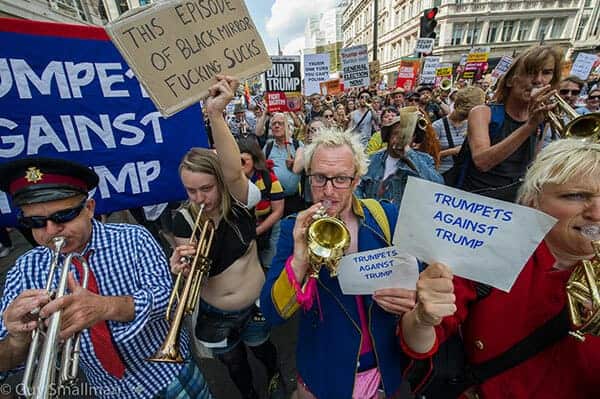 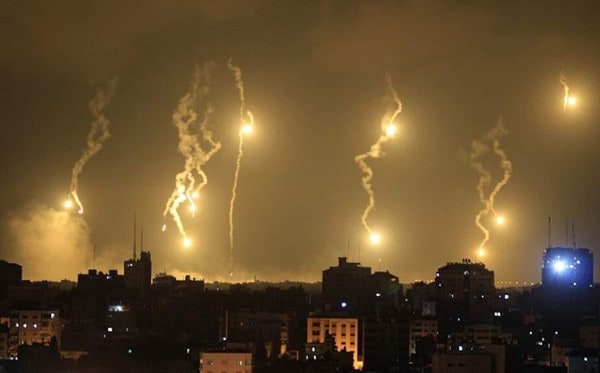 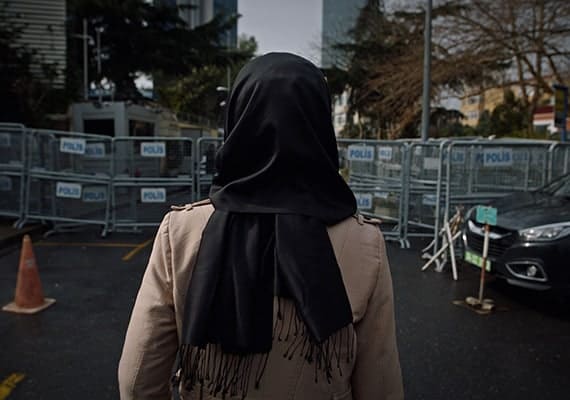