This article is over 18 years, 10 months old
CHORUS SINGERS at the English National Opera (ENO) struck on Tuesday. They are staging a series of one-day strikes to prevent 20 of the 60 chorus singers losing their jobs. Their strike is about much more than the jobs, important though they are. It raises the question of who controls access to art in our society.
By Rob Hoveman
Downloading PDF. Please wait...
Saturday 01 March 2003

CHORUS SINGERS at the English National Opera (ENO) struck on Tuesday. They are staging a series of one-day strikes to prevent 20 of the 60 chorus singers losing their jobs. Their strike is about much more than the jobs, important though they are. It raises the question of who controls access to art in our society.

Opera is seen as the most inaccessible and elitist of art forms. It is controlled by a small, increasingly corporate-dominated elite. Opera performances can seem like part of high society, like Henley Regatta or polo matches. But thousands of ordinary people would love the chance to enjoy opera more fully. The TV series Operatunity shows this. It is a Pop Idol type talent contest.

But it shows working class people – builders and women working on the checkout at Tesco – who are passionately committed to opera and extremely talented singers. ENO has made great efforts to bridge the gap between traditional audiences and those ordinary people who love opera.

It puts on popular and radical operas in English. Its reputation is based on the strength of the whole cast rather than high profile soloists from the international circuit. And it sells cheap tickets. In the cheap seats at ENO you sit with people who are appreciating the music, rather than among the black ties and posh frocks who are just there to be seen – and often snore gently through performances. Over the last two years the ethos of ENO has come under threat.

Martin Smith, a merchant banker, was appointed chairman of the ENO board. Previously he had made a massive donation to the company. Smith brought with him the brutal methods of a City boardroom. ENO’s well respected director David Poutney walked out last November. He accused Smith of bullying and engineering a corporate takeover.

When Smith announced that one third of the world-class chorus were to lose their jobs, anger boiled over. The chorus face the sack if they talk to the press. But Martin Brown from their union, Equity, explained how their sense of anger and betrayal soon turned into determination.

The singers are pouring their creative energy into running their campaign. They held a singing lobby of the Arts Council, with a stirring performance of Verdi’s ‘Chorus of the Hebrew Slaves’.

On the night their strike shut down a performance of The Trojans, the chorus put on a free concert in a church in Covent Garden to show their commitment to music and their audience.

In contrast Smith wants to crush the spirit of ENO and turn it into a bland company where performers are scared for their jobs, and profits are king. Anyone who has been to Glyndebourne opera in the Sussex countryside knows exactly what the corporate takeover of opera looks like.

It is a fantastic opera house, with challenging productions. Glyndebourne often employs radical directors like Peter Sellers, who gave an anti-war press conference in the run-up to the 15 February anti-war demos.

But the audiences are made up of City suits impressing their clients, people who would be just as happy in an executive box at a football match.

The ENO chorus are right to strike for their jobs, for their artistic freedom, to keep opera as accessible as possible, and to stop art becoming more enslaved to the corporate bullies. 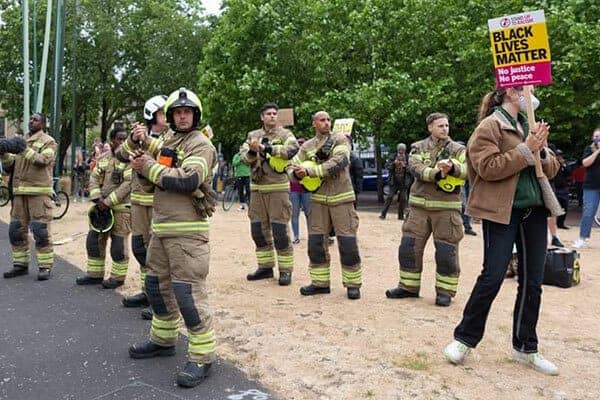 The team was lucky to get in

I'd still rather be a picket than a scab