This article is over 19 years, 0 months old
IT'S A fair bet that when Doreen and Neville Lawrence accepted their OBEs in the new year they had no idea the report they had fought so hard for would be tossed into the bin by the home secretary.
By Hassan Mahamdallie
Downloading PDF. Please wait...
Saturday 25 January 2003

IT’S A fair bet that when Doreen and Neville Lawrence accepted their OBEs in the new year they had no idea the report they had fought so hard for would be tossed into the bin by the home secretary.

That is exactly what happened last week when David Blunkett said that ‘the slogan created a year or two ago about institutional racism missed the point’. In one sentence Blunkett trashed the Macpherson report into the murder of Stephen Lawrence.

This had argued that the police’s failure to catch the young black man’s racist killers was not the product of a few ‘bad apples’, but flowed from racism rooted in the structures of society.

The Macpherson report has been rightly criticised as too weak in its conclusions and recommendations. But in identifying institutional racism at the heart of the problem it marked a step forward-one that the powers that be have been keen to roll back.

The previous report into police racism, the Scarman report into the 1981 Brixton riots, had rejected any idea that the police was a racist institution. It argued that there were just a few ignorant coppers around who didn’t like black people. Blunkett has gone back to this.

You can see why Blunkett is keen to avoid any analysis of race that points to the fundamental workings of capitalist society. At the time of the Macpherson inquiry I remember going to a meeting in Tottenham where a black man stood up and said, ‘The state is on trial here!’ His analysis was shared by many more around Britain.

As the inquiry went on, the Metropolitan Police fought a rearguard attempt to stop ‘institutionalised racism’ from being put into the report. But this isn’t an argument over words. It is about racism and where it comes from.

Blunkett is trying to steer the focus of tackling racism away from institutions and those in power towards the individual and those at the bottom of society. He has attempted to blame the victims of racism for their own oppression. Last year Blunkett was asked what he thought caused racism. He replied that ‘deprived people are frightened of change, they are frightened of an influx of different cultures, different people coming into the area’.

In other words, it’s those nasty working class people who create racism. No one is saying that racism doesn’t exist in our communities, but that is not where the roots of racism lie.

Ordinary white people do not have the power to turn black people down for jobs, arrest them on trumped-up charges and throw them in jail, put them in rotten housing or pass laws to keep them out of the country. Neither do they own the media that pumps out racism daily.

The 1960s Black Power activists Stokely Carmichael and Charles Hamilton famously argued that institutional racism ‘originates in the operation of established and respected forces in society’. They said that if we are to tackle racism then this is where we have to take the fight.

Blunkett hates the concept of institutional racism because he is part of a government that defends ‘established and respected forces in society’. These are the forces that perpetuate and benefit from racism. Blunkett said, ‘Prosperity starts to diminish the most overt racism.’

How awkward will Tony Woodley be? 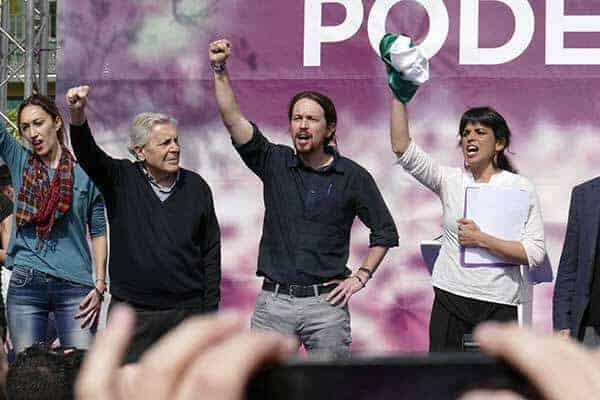