The British government has never been shy about cosying up to tyrants and their regimes. When millions of ordinary people across the Arab world rose up to topple dictators in 2011 it made things a little awkward for Western imperialists.

They had to declare they were all for freedom and democracy, while hanging on to those allies in the region whose dictatorships remained in place.

One of these was the small island gulf state of Bahrain. It has a population of only 1.4 million people but it is to become home to Britain’s biggest international naval base.

This is despite the fact that Bahrain, with the help of its more powerful neighbour Saudi Arabia, violently crushed a democracy movement in March 2011.

The military used tear gas manufactured in Britain as a deadly weapon, firing at protesters’ faces and bodies.

The Bahraini regime of the Sunni al Khalifa royal family has targeted thousands of opposition and Shia activists since the uprising.

Over 600 political prisoners were recently on hunger strike. One of them is Abdulhadi al-Khawaja, imprisoned since 2011.

Both his daughters have also been arrested. Only last week Zainab al-Khawaja was sentenced to three years in prison for tearing up a picture of the king. She was charged following an attempt to visit her ailing father.

Nabeel Rajab, president of the Bahrain Centre for Human Rights, said “This base is a reward to the British government for the silence they provided on human rights abuses in Bahrain.”

Most of the £15 million bill for building the base will be picked up by the oil rich Bahraini regime.

Tory foreign secretary Philip Hammond boasted last weekend that opening the base was “A clear statement of our commitment to our sustained presence east of Suez. A reminder of our historic and close relationship with Bahrain and one example of our growing partnership with Gulf allies”.

This is one way of putting it.

The close relationship was a colonial one, Bahrain was a British protectorate until Britain pulled out in 1971.

Britain appointed Ian Henderson as Bahrain’s head of security services in 1966. Henderson had a bloody track record as a tool of British imperialism.

He was notorious for the brutal repression and torture, including castration, of Mau Mau rebels in Kenya in the 1950s. His skills proved vital and he played a role in Bahrain’s security services until his retirement in 2000.

Back in 1971 when Britain pulled out, it claimed that it was no longer going to play a role “east of the Suez”. But in reality they kept the Bahraini regime close, whatever they did.

In December 2011 the Bahrain Ministry of Interior was accused of torture and shooting of protesters and suspects. They looked to the British and hired John Yates, ex-assistant Metropolitan Police commissioner, to give them advice.

Today the prospect of losing control of this strategically important region, with its significant oil reserves, terrifies the Western powers.

The revolutions were an outright challenge to the West’s allies, and they are stretched by the new war they’re waging in Iraq and Syria.

They are fighting the rise of Islamic State, which itself grew out of the chaos of the sectarian regime left by the last imperialist war on Iraq. But it is really a fight for who will control the future of the region.

The US has its own military presence in Bahrain basing its Fifth Fleet there.

But Hammond admitted that the US wants to shift its focus to the Asia Pacific region so “we and our European partners will be expected to take a greater share of the burden in the Gulf”.

This “burden” means supporting repressive regimes in the region in return for lucrative contracts, especially of arms.

The Bahraini and British royals roll out the red carpet for each other on respective visits, while the politicians and bosses do the backroom deals in their wake.

As for the courageous activists who risk their lives to fight for freedom and democracy, they are of no concern to those courting the tyrants. 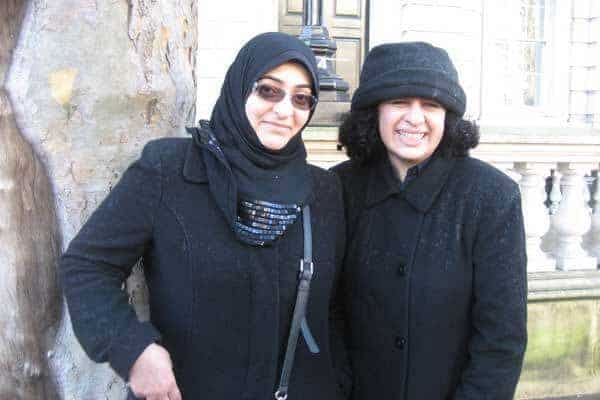 Bahrain - courage and resistance in the face of repression