Buddy, can you spare a dime?

This article is over 17 years, 1 months old
WHAT WITH the bloody chaos being wreaked in Iraq by a re-elected Bush administration, the global scene is already pretty grim. But it could get a lot worse if the dollar crisis predicted by many commentators really gets going.
Downloading PDF. Please wait...
Saturday 18 December 2004

WHAT WITH the bloody chaos being wreaked in Iraq by a re-elected Bush administration, the global scene is already pretty grim. But it could get a lot worse if the dollar crisis predicted by many commentators really gets going.

The dollar has been drifting slowly downwards against other major currencies such as the euro and the yen for some time. Overall it has lost about 17 percent of its trade weighted value.

It is clear that, whatever the ineffectual US Treasury secretary John Snow may say, the Bush administration is encouraging the dollar’s decline. The lower the dollar’s exchange rate is with other currencies, the cheaper US exports are relative to those of its competitors. This matters because America imports vastly more than it exports.

The US balance of payments deficit is now around 5.5 percent of national income. Wynne Godley and Alex Izurieta, two economists who have tracked the imbalances in US capitalism over the past few years, predict that on current trends the deficit will rise to 7 percent in 2006 and 8.5 percent in 2008.

The World Bank has long argued that any economy running up deficits at this level will run into a debt crisis. But the US economy is the biggest in the world, and its appetite for imports is critical to keeping the rest of the global economy afloat.

The price is that the rest of the world has to lend the US the money it needs to buy their exports. By the end of last year the US had run up gross external liabilities (debt and foreign investment into the US) of $10,515 billion.

Various idiots on Wall Street and in the Bush administration say this massive inflow of capital is attracted by the strength of the US economy and the high returns that investors can make there. This is not supported by the fact that US multinationals make a higher rate of profit on their direct investments abroad than they do on their domestic investments.

Nearly two thirds of US external liabilities are the result of lending to the American government and companies. East Asia is predicted to loan the US $310 billion this year, nearly half the annual deficit.

John Plender, writing in the Financial Times just before the invasion of Iraq, commented that “the sinews of war are Asian”. For all George Bush’s swaggering, his mighty Pentagon depends, in effect, on foreign subsidies.

The inflow of capital from East Asia isn’t for charitable purposes. The three biggest economies in the region—Japan, China, and South Korea—all have to export massively in order to grow.

All also have large balance of payments surpluses. By lending some of these surpluses to the US, the East Asian states help to keep the values of their currencies low against the dollar—making their exports competitive in the key US market.

So in effect East Asia lends the dollars it earns from exporting to the US back to the US, thereby allowing US companies and consumers to pay for these exports. This circular flow of capital is keeping the world economy afloat.

The trouble is that this circuit may be starting to unravel. US foreign debt is reaching unsustainable levels. According to Financial Times columnist Martin Wolf, “US gross external liabilities are 11 times export earnings… The latter figure is similar to those of crisis-hit Latin American economies such as Argentina and Brazil.”

Ex US Treasury secretary Larry Summers says that the Bush administration is relying on “a balance of financial terror” to keep capital flowing to the US. East Asia has built up huge dollar reserves whose value would be slashed by a serious fall in the dollar. China, for example, could lose $200 billion if the dollar lost two fifths of its value against the Chinese renminbi.

But an uncontrollable panic might develop in the financial markets in which a sharp fall in the dollar encouraged investors to dump their dollar assets, pushing the US currency into a vicious downward spiral. Such a crisis would drag the world economy down in the dollar’s wake. 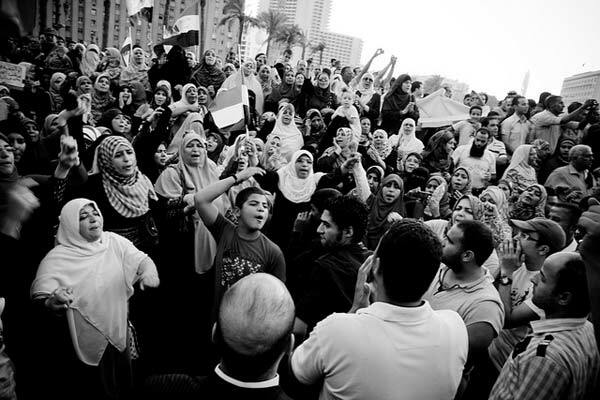