Cameron’s Conservatives – not so progressive

This article is over 12 years, 2 months old
David Cameron comes to us with olive branch in hand—yet promises nothing but war.
By Richard Seymour
Downloading PDF. Please wait...
Tuesday 18 May 2010

David Cameron comes to us with olive branch in hand—yet promises nothing but war.

Like his French counterpart Nicolas Sarkozy, he is out to impose ruthless austerity measures which amount to an unprecedented attack on the public sector and the welfare state.

This will satisfy the very financial sector which caused the recession and was bailed out with public money.

But like Sarkozy, he has had to build a coalition extending beyond his own party to do so. This comprises not only the Liberal Democrats, but also centre-left intellectuals.

Cameron has relentlessly vaunted his “progressive” credentials—offering a Tory agenda on poverty, inequality and climate change that he claims will outperform New Labour.

Where did Cameron’s “progressive” politics come from? Some highlight the influence of the Catholic intellectual Philip Blond, who advocates “Red Toryism”—a pseudo-medieval ideology embraced by far right sympathisers in the early twentieth century.

There is also the influence of Marvin Olasky, a religious right strategist who advised the Bush team in 2000, and devised the idea of “compassionate conservatism”—that charities and private institutions are better at delivering welfare services than the state.

One can certainly see traces of this in Cameron’s appeal to a “Big Society”.

However, one influence less readily acknowledged is Tony Blair. Blair, and the Third Way intellectuals he surrounded himself with, helped redefine “progress” during the 1990s.

Progress no longer meant a movement toward the eventual abolition of capitalism, rather adapting to the realities of globalisation.

By globalisation, Blair meant the freeing up of financial markets, the deregulation of industry, privatisation, and flexible labour markets.

Third Way intellectuals claimed this was progressive, as it constantly attacked and undermined tradition. The left, by defending traditions such as the welfare state and trade unionism, were just as conservative as the right.

This ideological twist helped to obscure the fact that what conservatism has sought to conserve has been domination and inequality—class power.

Whether that is best defended by means of an appeal to tradition, or by an appeal to modernity, is entirely dependent on the circumstances in which conservatives operate.

Conservatism has taken the form of neoliberalism, which is aggressively modernist.

The idea that class is outmoded and that Britain will be a thriving meritocracy if people are freed from the constraints of a paternalist state, was central to New Labour’s conception of progress. It is at the heart of Cameron’s outlook.

The taboo on class politics is partially responsible for Cameron becoming leader of the Conservative Party. He is the first truly upper crust leader that the Tories have had since 1965, after 40 years of selecting leaders of

petit-bourgeois origin. When Labour satirised Cameron’s class background, he responded by calling the attacks “petty” and “spiteful”—as if class was just an incidental ethnic trait of no importance, and which it was unfair to mock.

So a Tory party led by millionaires intent on shredding the public sector, offered itself to the electorate as a force of “progress”.

Yet Cameron’s position within his party is tenuous. He has never really won over the Tory right, and his leadership has depended exclusively on his ability to deliver poll leads.

Having failed to win an outright majority, he has turned a loss into a tentative win by forming a coalition with the Lib Dems—themselves currently led by their most right wing, free market faction.

But Cameron has no mandate for the public sector cuts he intends to introduce. No rhetoric about progress will detract from the fact that he is another Tory at war against welfare and public services—and the trade unions that defend them.

Hiding failure in Iraq with talk of ‘success’ 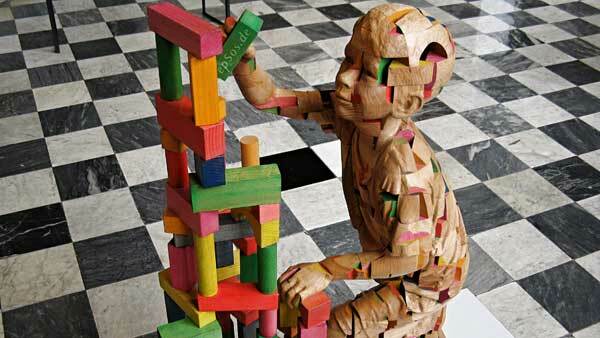