Carole Vincent: the strange case of the missing police truncheon

This article is over 12 years, 11 months old
It took Judge Pitts just ten minutes to find me "not guilty" of the theft of an ASP type metal police baton at Southwark Crown Court on 17 August.
By Carole Vincent
Downloading PDF. Please wait...
Tuesday 25 August 2009

It took Judge Pitts just ten minutes to find me “not guilty” of the theft of an ASP type metal police baton at Southwark Crown Court on 17 August.

The Crown Prosecution Service (CPS) had failed to provide any witnesses, despite me receiving 75 pages of statements and evidence against me from 16 officers, plus two DVDs of my “best bits”.

The police pursued me through the courts for 14 months and then decided at the eleventh hour that they “could not prove dishonesty”.

The story starts at the farewell visit of then US president George Bush to London on 15 June 2008. Stop the War organised a demonstration in Parliament Square with a view to marching up Whitehall past Downing Street where a meeting between Bush and Gordon Brown was being held.

The police had prohibited the demonstration from going down Whitehall and put up a barricade.

Following a rally protesters moved up to it. The mood was good as we chanted “Whose streets? Our streets!” and anti-war slogans.

There was a bit of pushing and part of the barricade was breached. The police responded quickly by “showing force”. They started to strike protesters with a variety of weapons, including batons.

This led to unease in the crowd and fuelled the confrontation between protesters and police. I was struck numerous times on the hands, forearms and back as I retreated from the front.

A police sergeant went to strike a protester with his baton but it fell from his hands. Both police and protesters lost sight of it. Things were getting a bit rough for me and I made my way to the rear of the protest.

Later, as I was about to go home, I was arrested for violent disorder by the sergeant who had lost his baton. My response was “I’m not violent, your officers are!”

I was handcuffed and taken to West End Central police station along with 24 other protesters and held overnight.

The charge of violent disorder was dropped when I answered my bail, but I was promptly re‑arrested for the theft of – you guessed it – the arresting officer’s baton!

I was called to Southwark Crown Court in November 2008. Here I was offered conditional cautions and binding over with conditions, both of which I refused because it would be an admission of guilt.

The judge noted that it would be expensive to continue the case for a baton costing £40, especially as the CPS didn’t know if the one that had been returned was the right one.

A baton had been returned to the police in September. It was later ascertained that this was not the baton that belonged to the officer who had accused me and which the police had been looking for.

But it turned out it was the one he had been using on the day. He had been carrying one that belonged to another officer – you really couldn’t make this fiasco up!

The CPS lawyer decided to spend vast amounts of public money on a five-day trial for a £40 baton which they believed they would win, because no jury would believe me.

The trial finally took place this August and I arrived, along with my barrister and Tony Benn, to a warm welcome from Judge Pitts, who had remembered the case.

In an exasperated tone, he asked the CPS what the situation was as he had asked them to fully review the case. The CPS announced that they “were going to drop it, but somehow hadn’t”.

Pitts declared, “I will enter a verdict of not guilty. Do you have costs?” before telling me I was free to go.

The lesson is, make sure you have a good solicitor and barrister. Don’t let the CPS wear you down by delay tactics and “tempting” lesser charges. Stand up for our right to protest. 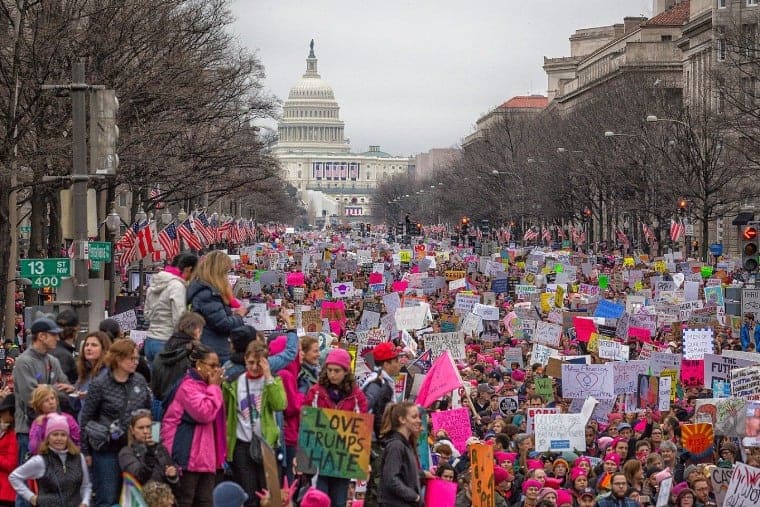